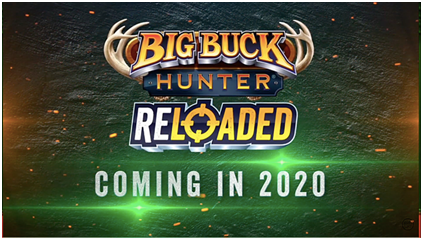 It’s been a few months since the reveal of Big Buck Reloaded that we wrote about in October 2019. At the time, we talked about the wide slew of additions that the 2020 version of this popular hunting game, such as several interesting crossover game modes, a new weapon type, and several additional features included in the new cabinets.

An update for Big Buck Hunter is kind of a big deal. Despite receiving frequent entries over the years, it’s been quite a while since the game has gotten any significant upgrades to its core features. The last time it received a major software update was in 2015 with the release of Big Buck Wild. Furthermore, the central premise of the game is untouched, which will keep long-time fans invested in the game, while rewarding them with new game modes (including full games, such as Terminator Salvation: Delta Mission), animals, a streamlined interface and the option to hunt with a bow instead of a gun. All of these changes work to give the franchise a breath of fresh air as it continues to expand onto the eSports scene.

But I digress. We’re quite excited about the release of Big Buck Reloaded, which was scheduled to launch yesterday, actually! Originally, the game was supposed to launch in January but was delayed until late February. These things are fairly common when it comes to game development, especially titles that have a standard of polish and quality to uphold like this one; it’s better to be late than to be bad and buggy, right?

And speaking of releases, the upgrade kits for Big Buck Reloaded are currently shipping. However, those who want to apply to receive a kit must do so by hooking up their machines online through the CoinUp Network. This is how Raw Thrills will probably monitor who is eligible for an upgrade depending on the specifications of their cabinets. According to an article by ArcadeHeroes, it’s not clear yet what these kits will include, but they commented that, if the release is similar to the one in Big Buck Wild, it’ll probably only include a marquee so that people can tell that the cabinet has been upgraded to Big Buck Reloaded. 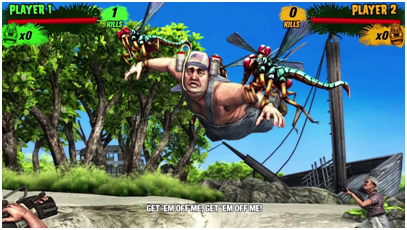 As mentioned, some of the best features that this version will bring are the new crossbow weapon, which has the potential to create another category of competitive gameplay, as well as the Terminator Salvation crossover events. It also includes a sequel to the popular In Case of Zombies: Doe of the Dead game found on Big Buck Wild, called Monsters of Lost Island. While we’re used to hunting Deers and Elks in the standard game, we’re expecting an intense, adrenaline-pumping experience shooting robot enemies and dinosaurs. Imagine playing Big Buck, and then switching over to a game more similar to something like House of the Dead, but on the same machine. Consider us hyped!

Have you already updated your Big Buck cabinet to Big Buck Reloaded? We’d love to know your thoughts and opinions on this new release, so feel free to leave us a comment in the section below! You can also find it listed on our website with more details as to what is included.