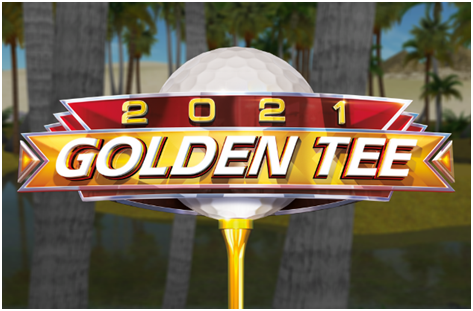 In these troubled times we’re living in, we’ve become accustomed to postponements, delays, our even outright cancellations of our favorite things. Whether they’re annual events, tournaments, game shows, or other interesting happenings, organizers are either forced to take their events online via streaming, or cancel them entirely. Nevertheless, despite all odds, and to our great relief, there are still companies that are working at full steam, boldly paving the way through the uncertainty of the pandemic.

Incredible Technologies is one of such companies that, despite the current predicament, is still hard at work to release the yearly version of Golden Tee, their flagship title.

Now, Golden Tee doesn’t really need any introductions. If you’ve ever been to an arcade bar or an FEC in the past few years, you’ve probably seen one of these machines alongside other classics like Big Buck Hunter, among others. Golden Tee is, simply put, an arcade golf game where, just like regular golf, players must sink the ball in the hole with as few strokes as possible. The kicker here is that the game uses a unique control scheme to provide its gameplay. Specifically, players must use a special trackball to determine the strength and direction of their shots, which takes quite a bit of getting used to.

The trackball controls is what gives Golden Tee its unique learning curve and feel, and is something all players must master if they wish to engage in competitive gameplay. This is precisely what sets it apart from other arcade titles and made it so popular among the gaming audience, spawning a huge competitive community that, to this day, still lives on quite strongly.

If you’re a fan of Golden Tee, then you’ll be excited to know that, despite all odds, the 2021 version of the popular arcade golf game is releasing very shortly. This game will feature the same gameplay we’ve grown to know and love through the years, but with several new additions to its repertoire of features.

First off, and most importantly, there are 5 brand new courses that players will be able to explore. These courses are:

These new venues will take players to many exciting locations such as forests, jungles, beaches, and mountain ranges, all of which feature unique challenges and hazards. Moreover, there are two remastered versions of previously existing maps, Pine Creek and Tropical Falls, featuring all-new textures and graphics, with a brighter color palette, which makes them really stand out among the rest.

Aside from the brand new competitive maps, there are also 5 new freaky casual courses to explore, as well as 5 timed-released courses. This will put the total courses in Golden Tee 2021 at just under 100, which is the largest the series has ever had. This comes hand in hand with new hole events, as well as several new pins and tees, and plenty of other smaller features too numerous to capture here.

Here’s a preview trailer with everything that’s coming in Golden Tee 2021.

While the pandemic has thrown a wrench in pretty much everyone’s plans, Incredible Technologies is powering through to release Golden Tee 2021 at the normal schedule. The game is set to release in September this year, which makes it just a few months away!