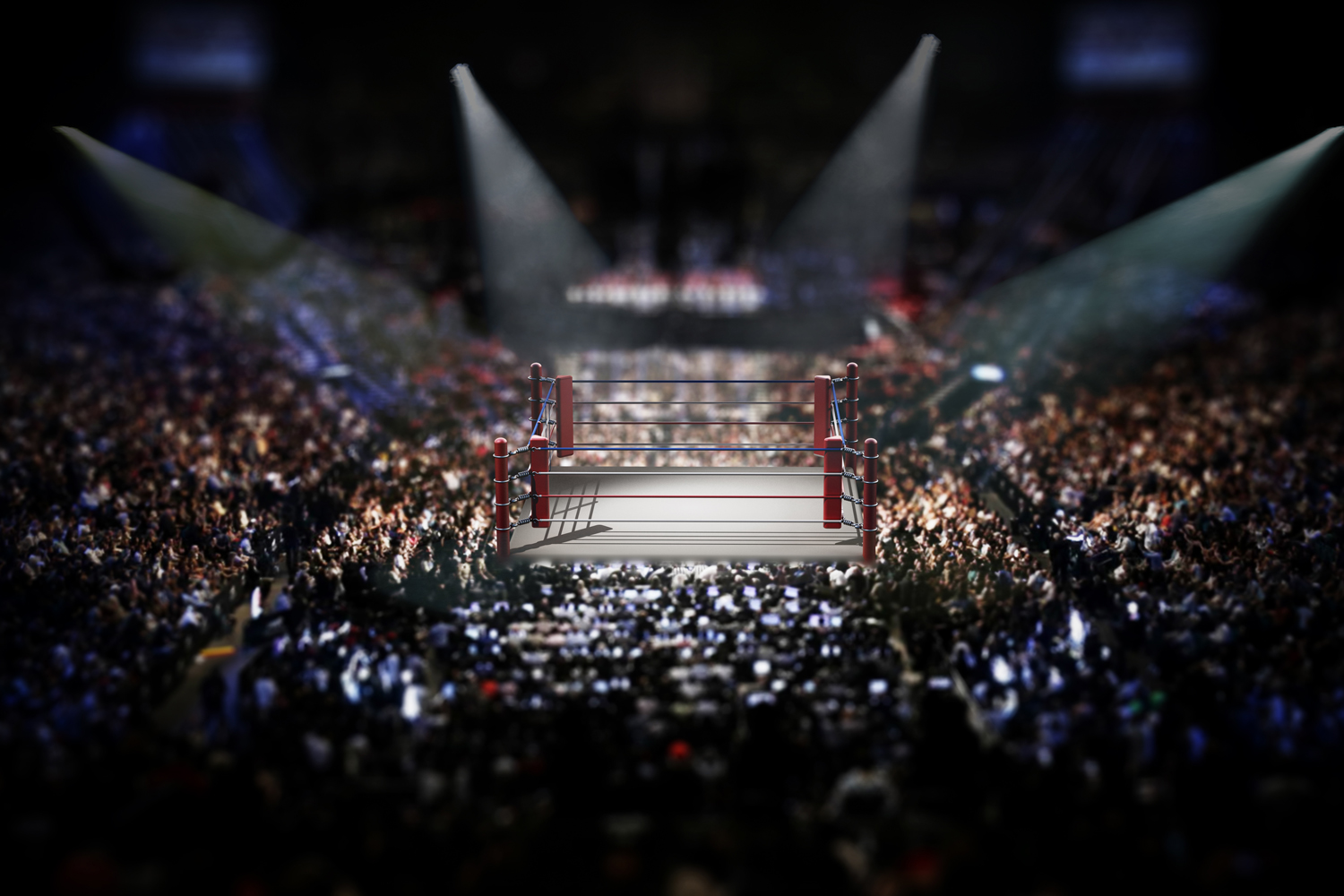 We have addressed the topic of popular fighting games on countless occasions due to their importance to the arcade industry and, above all else, their revolutionary formula which helped immensely to breathe new life into it. Games like Mortal Kombat and Street Fighter were not the first in the genre, but were, by far, the most influential at their time of release, which helped the ailing western arcade industry to survive the crash of the 80’s. Afterwards, these two franchises went on to transform into their own big phenomenons which are still going strong to this day.

With their fun formula, competitive gaming scene, and overall entertainment factor, fighting games have all but hogged the market of games where players beat the crap out of each others, leaving little space for variants to rise and succeed. For this reason, players who enjoy different types of fighting games, such as wrestling, UFC, or MMA. Technically, the latter category is covered in Street Fighter and Mortal Kombat, as the characters usually have their own fighting styles which are based in mixed martial arts. Players who are interested in wrestling, however, are somewhat out of luck, given the scarcity of these games in relation to other famous titles, in both consoles and arcades alike.

Regardless, there is still a category of games dedicated to those players who enjoy a more niche type of fight experience. Nowadays, people can just pick up the latest WWE game for their favorite console and call it a day. However, when it comes to wrestling retro gaming, there are a few contenders you should definitely take a look at:

This arcade game was developed and released in 1989 by Technos, and it is the very first title which comes to mind when we reminisce about our favorite wrestling games. It featured the presence of several big name wrestling personalities such as Hulk Hogan, Ultimate Warrior, Ted “The Million Dollar Man” Dibiase, Big Boss Man, Macho Man, Jimmy Dugan, André the Giant, and Honky Tonk Man, among others. 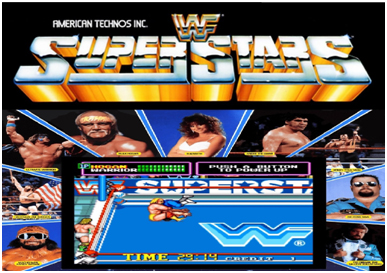 Every fight consisted of tag team matches in which a second player could join to provide cooperative support, or to fight against the player in “versus” mode. Moreover, this was one of the first wrestling games to feature the “button mash” function, in which a player could, as the name implies, mash a button whenever he was pinned to break free of the opponent’s grapple. This game also had several awesome easter eggs and hidden features such as jumping off the ring to continue the bout in front of the spectators.

2 years after the release of WWF Superstars, Technos surprised us with yet another wrestling game. Once again, the development team made good use of the WWF license and created a game with improved graphics, slower and more visceral animations, and the possibility of teaming up to three players simultaneously to take on even the most toughest opponents in the game. 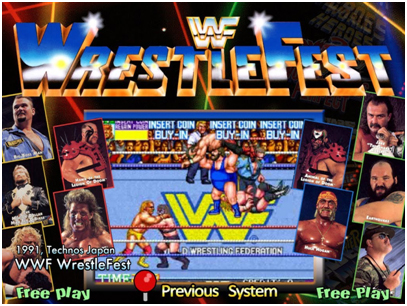 Besides your standard bouts, this game added a new “Royal Rumble” mode, which consisted of a gauntlet match during which several big names in the wrestling world would join one by one to stand against the player. Some of the playable roster of characters in this game include Sargeant Slaughter, Mr. Perfect, Jake “The Snake” Roberts, and Earthquake, among others. Furthermore, the player would also have access to caged matches against predefined teams, such as the Legion of Doom and Demolition.

What’s that? You don’t remember some of our favorite Wrestlewar fighters such as Mohawk Kid or Titan Morgan? Well, that’s expected, considering that the combatants in this 1991 Sega Megadrive wrestling game were not licensed by any major wrestling association, so the fighters were designed in the likenesses of famous professional wrestlers, but using different names. 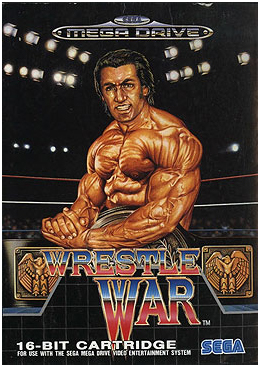 The game itself was really nothing to write home about. Despite it being one of the pioneer wrestling titles in the 16-bit environment, the top-down camera was quite unusual at the time, and the artstyle and design were also pretty hard to look at. The animations, just like the design, were choppy and left much to be desired. Regardless, this game effectively served as a trailblazer for future titles in this genre, setting the field for those looking to refine and improve the formula.

If the name wasn’t a dead giveaway already, Super Wrestlemania was released for the SNES in 1992 and would go on to become one of the first WWF licensed games for the console, and which also got ported to the Megadrive a while later. The graphics and digitized voices were on point and gave the game an added layer of realism to its setting. However, it was lacking in gameplay, as the controls and animations couldn’t live up to the level of its artstyle. 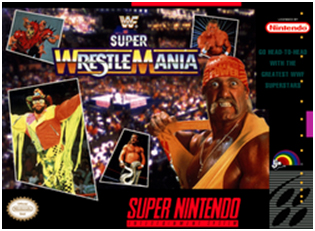 Each version of this game featured exclusive fighters which, unfortunately, consisted of a very limited amount; it featured a maximum of 10 fighters on the SNES and 8 on the Megadrive and, in true WWF license fashion, were mostly big names from this association.

In terms of gameplay, this title was pretty standard as far as wrestling games are concerned, featuring one-on-one, 2 vs 2, and 4 vs 4 battles; all of which could support up to 2 simultaneous players. WWF Wrestlemania would be the first in the series of a trilogy of “pressing catch” games for 16-bit consoles, and its sequels would go on to improve everything about their predecessors’ formula.

Last, but not least, a game developed by Beam Software in 1994 for the Super Nintendo. WCW Super Brawl is, as its name implies, a game based on the less-popular World Championship Wrestling group. Despite this, I’m sure some of the more famous wrestler personalities featured in this game, such as Sting or Ric Flair are familiar to everyone versed in the world of wrestling. Furthermore, beside the big wrestling personalities the license for this game also included the narrators’ and wrestlers’ digitized voices, images, and even the wrestlers’ signature moves, which made for one of the most lifelike experiences in wrestling games at the time. However, the content offered by this game could scarcely compete with those offered by WWF games. Regardless, it featured several interesting design choices which would set the bar for future games, such as the experimental isometric camera angle, which was revolutionary for its time and offered a wide view of the whole ring. 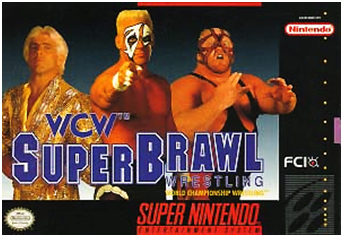 If we’re considering both consoles and arcade cabinets, there are definitely a few wrestling titles for those that want to sate their appetite for supplying a good beatdown. The latest WWE is a good place to start if you want the most modern, lifelike experience; the arcade hasn’t seen many wrestling games in recent years but there was Sega’s excellent WWF Royal Rumble that came out in 2000. However, those that enjoy watching pixelated characters punching each other might want to give some of the titles mentioned on this article a try.

Here at PrimeTime amusements we’re always at the forefront when it comes to arcade game sales and rentals. If you’re looking for a machine in particular for your game room, or simply need guidance to get started, feel free to contact us at 1.800.550.0090, or pay us a visit at 5300 Powerline Rd, Suite 210, Ft. Lauderdale, Florida, 33309. Our knowledgeable agents are always happy to be of service.