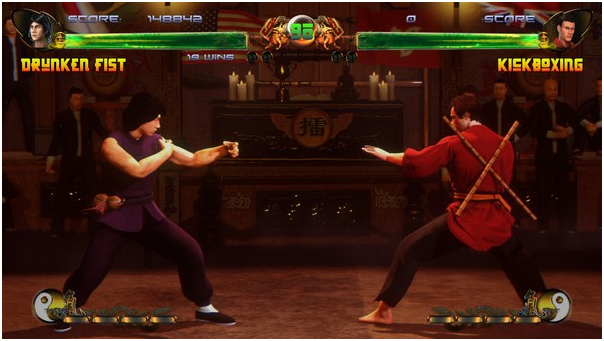 It’s not hard to guess the legacy that tournament fighting games have had in the arcade industry. The ‘fighting fever’ began in the mid-80s when you had titles like Karate Champ and Kung Fu Master come to the table; then it kicked into high gear with the likes of Street Fighter II and Mortal Kombat in the 90s. This bold new genre was crucial in breathing new life to the industry after the video game crash of ‘83 in the West. The said crash took place due to a glut of awful games that were released in the early 80s, both to arcades and consoles. The resulting effect damaged interest for a time in video games all together. However, more than the sheer amount of bad games, parents of arcade-goers also had a moral battle against the industry, as they felt that their kids were spending too much time (and money) playing grotesque games with gratuitous violence. In just over two years, from 1982 to 1985, the arcade industry went from a net worth of $12 billion to just under $100 million.

But that was just the tip of the iceberg.

In 1985, arcades suffered an even bigger blow as Nintendo released their Nintendo Entertainment System, which was closely followed by Sega’s release of the Sega Master System and Atari’s 7800 ProSystem in 1986. Home computers also started to carve out a niche with 16-bit processors, setting the stage for the “Bit Wars” of the late 80s/early 90s that would continue to give attention to home platforms.  While every system was still judged on the quality of their arcade ports, more and more companies began to shift their focus (and game development dollars) more towards successful home platforms. As time went by, the 16-bit hype came to consoles as Sega released the Genesis and Nintendo brought along the Super Nintendo Entertainment System. Arguments about which system is “the best” still flares up from time to time – despite the fact that how many ‘bits’ the processor could handle was ultimately not that important to the quality of games that were brought to the machines. As of right now, history has shown us that Nintendo came out on top in the end. However, with time, both companies were closely tied on the spot to the top, as they both had a large number of loyalists around the world.

Looking at it this way, an anecdotal belief crept up out there that it was all but over for arcades. But that wasn’t quite the case.

As the industry struggled to find a way to bring lines of customers back, Capcom found the answer with their hit title “Street Fighter II”. This took up the formula of the first game that had been released in 1987 and refined it into the classic fighting tournament fighting game that inspired and affected an entire generation of gamers. Shortly after, other hit titles like Mortal Kombat, Virtua Fighter and Tekken were released, shifting the interest to arcades once again. The rest, as they say, is history.

Today, fighting games in the arcade have somewhat lost their spark due to home console ports of the same games, which often feature new characters, and even additional gameplay modes, not to mention that the controls can also be easily replicated at home by using a fightstick. However, this might be about to change very soon as, earlier this year, a new kit system for arcades was revealed to the world. Called the Exa board by Exa-Arcadia, this new platform was created with the intention of, breathing new life into arcade venues as well as the games by facilitating bringing more content to arcades without the necessity of an online revenue share system. Although most of the new titles announced alongside this brand new kit fell into the shoot ‘em up category, Exa-Arcadia stated that a variety of genres would eventually make it onto the system – including the beloved fighting game genre.

This past April 26, one of such games was announced, the so-called Kung Fu Vs. Karate Champ, the 4th game planned for release on the Exa board. This title was created based on the massively popular early access title released on PC in 2016, named Shaolin vs Wutang, which is described by its devs as “an INDIE love letter to Martial Arts and classic Kung Fu films. Made for casual game fans not intended for Hardcore Fighting Game players.”

The game itself looks like Virtua Fighter, in the sense that it revolves more around martial arts and combo-based gameplay, instead of mystic arts, magic, and fantasy powers common in other titles such as Street Fighter, Mortal Kombat, Dragon Ball FighterZ, or Tekken. While the game is still in early access, this is bound to change now that KFvKC was announced for Arcade. It’s important to note that, while the games on either platform will be similar, Exa-Arcadia requires that games released on the Exa board have their own share of unique features to distinguish them from the console ports – a design idea that had been abandoned for too long. While it’s unclear what this will entail for the arcade release og KFvKC, it is possible that this may refer to new stages, characters, or game modes, among others.

While there is still not much information on the upcoming arcade release, we’re sure that fans of Virtua Fighter – and arcade fighters in general – will have something to look for in KFvKC.

The New TMNT Beat ‘Em Up Game: Living Up to its Legacy?