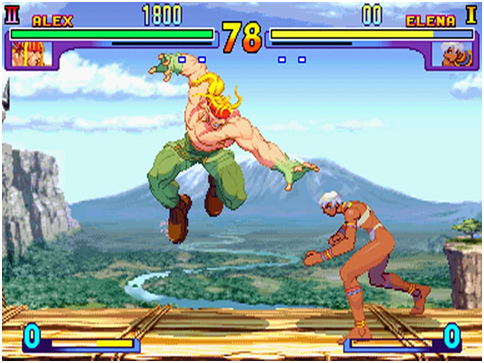 For many of us gamers, Japan holds the holy grail of video game entertainment. Some of the biggest contenders in the console gaming industry — as well as major developers for all other platforms, including modern-day arcade games — are headquartered there. Companies like Nintendo, Sony, Capcom, and Bandai Namco, among many, many others are just a few of these organizations dedicated to making the gaming world a better place, filled with innovative entertainment and cutting edge hardware.

It makes sense, then, that some of us would see this country as a must-visit destination for vacations or other trips, given the vast amount of video games produced in the island country, as well as all the cutting edge technology you can interact with in some of the country’s most technologically-inclined districts. Akihabara, for instance, is regarded commonly as the “Electronic Town” for its big boulevards chock-full of tech stores as well as diners where anyone can unwind to the music and entertainment of popular anime series and characters. This place is also famous for their maid cafés, where otakus — a term used to describe anime fans and enthusiasts — can go to be served by hostesses dressed like anime maids and have a good time unwinding with friends and family.

Maid cafés and technology stores aside, the fact that Japan is the birthplace of so many of our favorite childhood games places it as one of the destinations that we must visit at least once before we kick the bucket. At least, this is what several individuals thought when they moved to Japan in order to partake in the gaming culture of the country, which is not very predominant in their place of origin, especially regarding Street Fighter III.

As seen in this article by Kotaku, a crew of Americans migrated from the States to Japan primarily to partake of the country’s competitive Street Fighter III scene, which is not as popular back in the West. The group of people in question are individuals that migrated to the country as students or English teachers, and they are brought together by their undying love for the popular Japanese MMA fighting game.

Barring a few areas and venues, the competitive Street Fighter III gaming scene is all but extinct in the US. Consequently, those that need their adrenaline rush fighting against other players in these games must do so online by playing the newer versions such as Street Fighter IV or V which, while offering new and improved graphics and mechanics, is avoided by many loyalists for its refined formula which is a far cry from what it used to be. Regardless, the old fighting games such as Street Fighter II and III — which are more than 20 years old by now — are still very much alive in Japan. That being said, for those that thoroughly enjoy beating others up in these games, and make good money and fame in the process, it makes sense that they’d want to make the move to the Empire of the Rising Sun. After all, Street Fighter tournaments are some of the events which spawn the best moments in competitive gaming history:

Any gamer worth his or her salt knows how much skill and practice you need in order to achieve the moves performed in the above video, and it is exactly these types of moments which gamers strive to be a part of. And where else to achieve this than in places where these games are still played competitively to this day?

Here at PrimeTime Amusements, we pride ourselves in offering the very best arcade game sales and rental solutions on the market. If you wish to inquire about a certain machine, feel free to give us a call at 1.800.550.0090, or to visit us at 5300 Powerline Rd. Suite 210, Ft. Lauderdale, Florida, 33309.