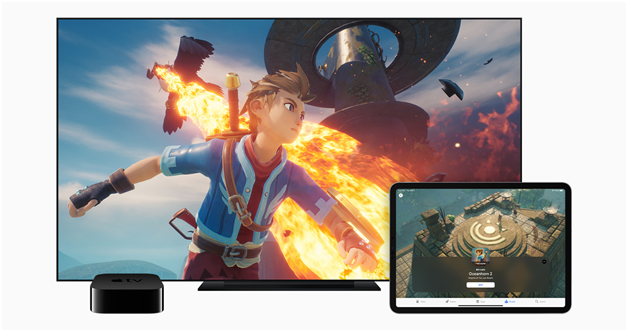 The Apple Arcade subscription service launched in September 2019 with great success. The platform plays to the strengths of portable platforms such as iPads and iPhones and streamlines them to include every single Apple device imaginable, all in a single package. The result was that Apple users are able to enjoy a vast repertoire of games on any of their Apple devices, with many convenient features such as progress sync, crossplay, no ads, monetization aspects, or DRM whatsoever, and family accounts where up to six members can share a single game library. And as if that wasn’t enough, the platform also supports third-party controllers such as PlayStation’s DualShock 4 and the Xbox One controller.

Suffice to say, Apple is basically reinventing the wheel with their platform; taking mobile games, which are infamous for their business models that revolve around monetization, and essentially turning them into full-fledged single-player and multiplayer experiences, only having to pay the low monthly subscription fee to access the available games.

However, not content with resting on their laurels, the folks behind Apple Arcade are always hard at work to bring new updates to their platform, including new games, features, and other interesting aspects.

The Newest Games in the Apple Arcade Service

Chief among the updates, however, are the newest games to grace the service’s repertoire. After all, more games can only mean more fun, right? With that being said, here are some of the most notable titles to come to the Apple Arcade service:

Being a spy has never felt so awkward as, in Secret Oops! you have to help Charles, the so-called best spy in the world, to navigate through mazes and levels and claim the reward at the end of each. The problem is, Charles is a bumbling buffoon, and it’s 100% up to you to make sure he safely makes it to his destination. 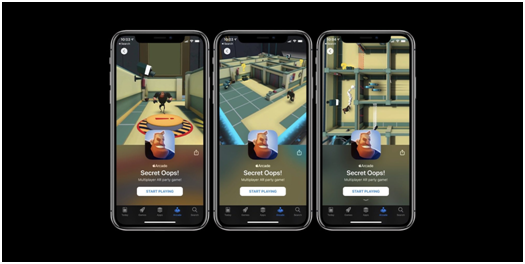 Secret Oops! uses state-of-the-art AR technology to provide its gameplay where up to four players can co-op to help steer Charles towards his destination. Players will have to work together to disable traps, open doors and, essentially, stop Charles from completely screwing up his assignments. This game can also be played in singleplayer, offline mode without the use of AR, for those who simply want to do things the old fashioned way, without any fancy doodads or gadgets.

The battle royale genre just got a bit more delicious with Butter Royale, the game where you take control of a sauce-shooting, cooking-tool-wielding character and fight to be the last person standing in Butter Island. 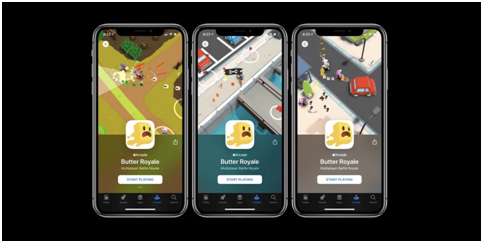 Butter Royale plays just about like any other battle royale game ever: You spawn on a map, wander around scrounging for weapons and loot, and duke it out against other players. The objective is to eliminate other players until you’re the last one, upon which you’re crowned the winner.

Butter Royale can be played in squads, or solo, and features a plethora of loot and weapons to defeat your enemies in many different delicious ways.

Is a gaming platform’s library truly complete if it doesn’t have at least one LEGO title in it? Well, we’re not sure, but what we DO know is that there’s a brand new LEGO game in the Apple Arcade catalog; and a pretty darn good one from what we’ve seen. 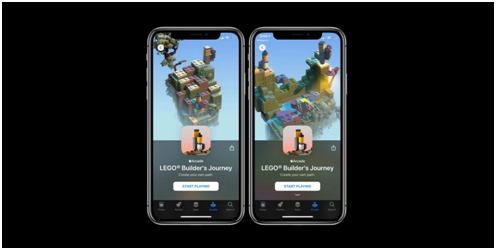 The LEGO brand in the gaming industry has acquired popularity due to its awesome adaptations of popular media and recreating them in all the glory that LEGO blocks can produce. This is how we got stuff like LEGO Lord of the Rings, LEGO Marvel Super Heroes, LEGO Star Wars, and many others. However, Builder’s Journey doesn’t seem to be based on anything; instead, is its own game. The publisher’s description perfectly pictures what you can expect to find in this game:

“LEGO Builder’s Journey is an artistic, nonverbal puzzle adventure with meditative music where players build to solve challenges while moving through stunning brick-built universes, which showcase the endless possibilities of the creative play material and deliver a poetic narrative highlighting the importance of play in our lives.”

Aside from these three amazing titles, there are over 100 other games that you can enjoy in the Apple Arcade service, some of which are even direct adaptations of the classic arcade games of our youths, and with more added every month. And the best part is that, in mid-December, Apple released a new annual subscription package that offers all the delightful goodness of all these games, for an entire year, with 2 months for free.

That’s right; by purchasing an annual subscription, you’ll only pay $49.99 per year, which amounts to two free months, compared to paying the standard fee of $4.99 per month. If you own several Apple devices and have been looking for some awesome games to spice up your library on the go, then today’s as good a time as any to subscribe to Apple Arcade!