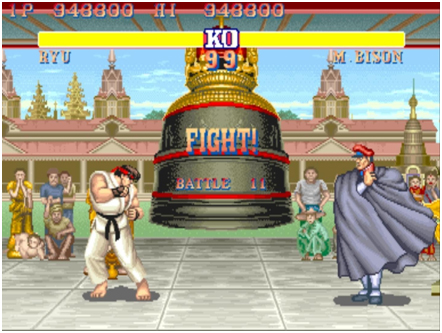 What would you say is the most critical part of a fighting game? The mix-ups and crossups? The block strings? Maybe even the normals? Now, consider, for a second, that you’ve never played a fighting game; quite a difficult experience, right? Those terms might all make sense for those of you who are seasoned veterans of fighting games, but they can seem quite confusing for players who are just getting into the genre.

So to help out those “greenies” who might be wanting to get into the exciting world of arcade fighters, we’ve put together this short guide on the basic fighting game terminology. We hope that this will be useful for beginners, who can learn them and hop into the fray with at least a theoretical knowledge on why they are losing (trust us, you’ll lose a lot at the beginning). And who knows, if you’re a veteran, you might even learn the name of “that thing” that you do that helps you win matches, but that you’ve never actually known what it’s called.

Every punch and kick that any fighter can launch corresponds to a face button on your gamepad.

In a game like Dragon Ball FighterZ, your character can perform light attacks, medium attacks, and heavy attacks with the X, Y, and B buttons (or their equivalents on the Dual Shock 4 and Joy Cons), respectively. The A Button, on the other hand, is reserved for special attacks such as beams and projectiles.

In other games like Street Fighter, there is no button for “specials.” Instead, the character can perform light, medium, and heavy punches and kicks, which key bindings will vary depending on the platform you are playing the game on. An original Street Fighter arcade button layout is shown below, while on consoles like the PlayStation, your light, medium and heavy attacks are bound to the X, Y and R1, and A, B, and R2 buttons, respectively. Special attacks in this game are performed with specific inputs in succession, something that can be confusing at first, but very rewarding once understood. 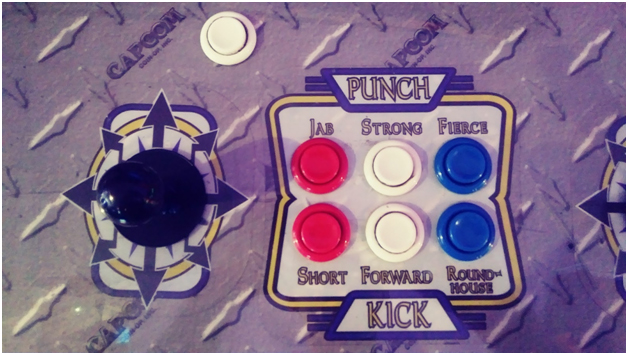 All of these moves are referred to as normals and are the most basic and, arguably, the most critical attacks that any character can perform. In other words, with some exceptions, they are the bread and butter of your character, and you’ll always be shifting through normals and specials to string together combos. 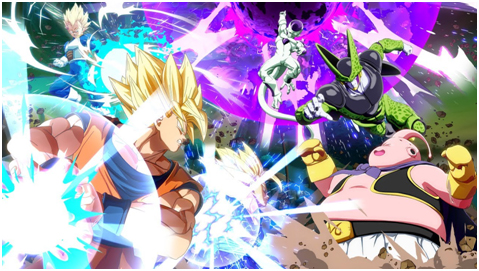 In the fighting game community, this term is used to refer to the process of attacking with long range normals (such as low or sweeping kicks) when just out of range of the opposing character to try and open up their defenses for a combo. In other words, this is when both characters are frantically moving around, launching kicks and punches in hopes of landing one and shattering the opponent’s defenses.

It is the period that the character is stunned for after receiving any blow. Good knowledge of hit stun is often necessary when coming up with new combos, which leads us to our next point.

Also called “links,” it is the act of hitting an opponent with an attack that causes enough hit stun for the animation to finish and immediately launch a new attack to chain into a combo. In a game like Street Fighter, this allows players to link attacks that, in other circumstances, wouldn’t tie into a combo naturally. However, the methods of chaining attacks will vary with every game: some will require an accurate input of different attacks, while others will automatically chain together by pressing the same button multiple times after a successful hit confirm.

Any attack that hits an unguarding opponent, causing the maximum damage of the move, is called a hit confirm. This is an essential part of combos as some attacks cannot link together if the starting move is not a hit confirm.

The act of protecting oneself from the enemy’s attacks. While some games will require a specific button press to guard, others will merely defend automatically if the player is walking away from the enemy. As long as the direction is pressed, the character will guard. However, in most games, players are also required to block either high or low to defend against certain attacks. Furthermore, while the guard in some games will completely protect you from any damage, other games feature “chip damage,” where the characters still suffer a percentage of the move’s damage while blocking. 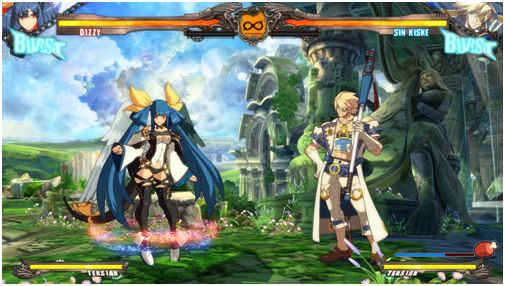 When a character performs a series of moves that will force the opponent to block and remain blocking for an extended period, it is called a block string. Block strings usually require vast knowledge of the character, as the specific combination will vary according to each of them. Furthermore, they also need covering the gaps in each string of moves to ensure that the opponent continues to block without a chance to retaliate. In Marvel Vs. Capcom, for example, a player can guard the gaps in their specific block string by using an assist, prompting a reserve character to step into the arena, and unleash a quick attack before jumping back out.

Also called “Uke,” this term refers to the pressure generated by the attacker on the blocking defender. When performed correctly, the block string will apply considerable pressure on the opponent, who may make a mistake trying to get out of the block string, and end up getting combo’d, instead. In this sense, while guarding may seem like a good idea in many cases, you generally want to remain on the offensive. In Street Fighter, for example, your opponent will receive chip damage for every attack except lights whereas, in Fighterz, your opponent retaliating at a wrong time will open him up for devastating combos.

When a lengthy attack animation can be canceled by quickly inputting another move, this is called an animation cancel. In Street Fighter, Ryu can cancel his crouching heavy punch (which ends with a lengthy uppercut) into a Hadouken. Some moves can also be canceled into supers, which cause more damage at the expense of your super meter.

Also referred to as “double jump,” it is the act of canceling a combo in mid-air with a jump to begin another combo. In Fighterz, most characters can chain two to three hits in the air, before canceling the combo with a double jump, and then landing another three-hit combo, before ending with a smash that sends the opponent barreling towards the ground. 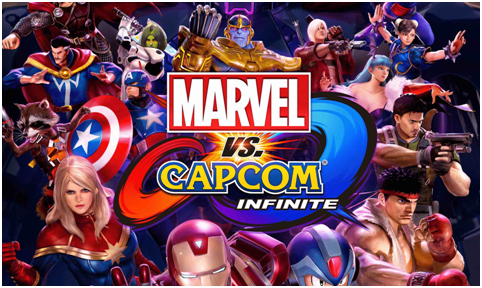 In games that require holding “back” to block, a player can perform a quick jump over the defending character to switch the direction of their attacks and causing them to open up their guard if they don’t switch the direction they’re guarding in fast enough. This process is called a cross up and requires significant skill to pull off, as well as quick reflexes to defend against.

In short, it is the different combos and moves that a player chains together to keep the opponent always guessing on what their next move is going to be. This is especially important after a knockdown since the defending player will have to guess from where he’s going to get attacked after getting up. In some games, this is referred to as the 50/50, since the player must choose to defend either high or low; if he misreads the direction, he’ll be open to further attacks.

That’s most of the basic fighting game terms covered. We hope that, with the information in this article, you’re able to jump in and start enjoying these awesome games!

Cosmotrons is Getting a Brand New Look