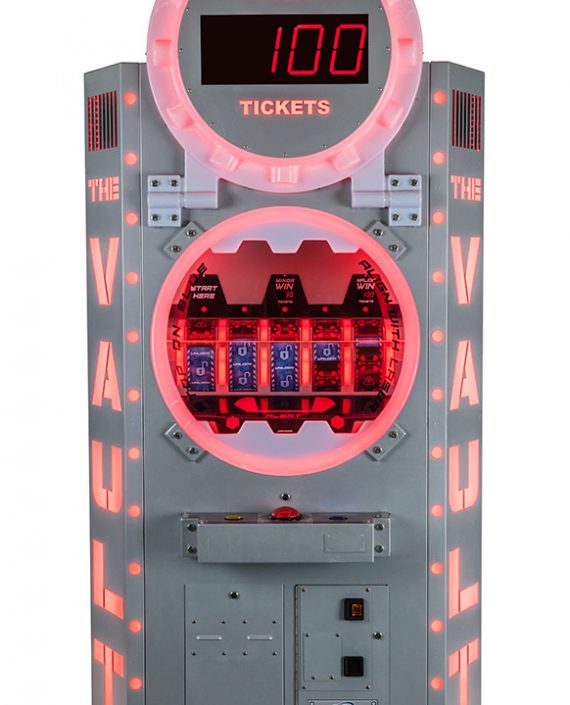 The Vault is a fun new concept for Ticket Redemption gaming. Using the idea of a locked vault, the player is the safecracker who has to stop the green ‘unlock’ symbols on each of the five lock zones. As a single button game, it is easy to learn but as a 100% skill game, it is difficult to master.

The Vault features both Minor Win and Major Win prize zones that the players can go for. If they are able to stop the first three lock zones in the green, they can push a button to win the minor prize (operator adjustable). Or, they can take the higher risk in the more difficult fourth and fifth zones and go for the major prize.

While in the Major Prize zone, the game also has a fun “Threat Level” meter which keeps the player’s nerves on edge. When it comes down to High-risk skill games, players will always go for that high reward!

– Stop the locks in the green zones