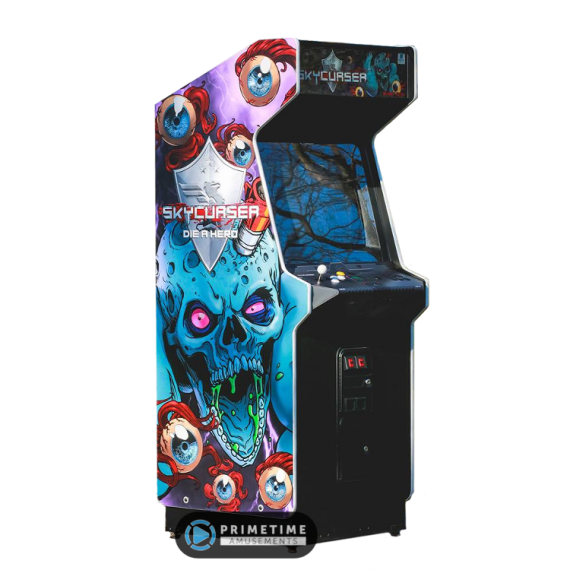 “The year is 1996. A cataclysmic plague descends on earth. As its infection spreads, hope fades. But you and your dog fight back. Piloting the prophetic weapon, SKYCURSER, you take flight to destroy the Necrostar’s mutant hordes and save the planet.”

Skycurser is a video arcade shoot ’em up (also known as “shmup”) game that while new, was designed to look and feel like a video game from the 1990s. Developed by an independent developer out of Indiana known as Griffin Aerotech, they have created an awesome experience that feels both old and new at the same time.

In the game, you pilot a shiny jet that is loaded with massive firepower and a katana. Dozens of mutated creatures led by the “Necrostar” can occupy the screen at once, all with the goal of taking you out. At your disposal to eliminate the grotesque hordes is a machine gun and a shotgun, either of which you can switch to at the press of a button. Switch between your weapons frequently to build up your super meter – then by pressing all three buttons you can unleash a Super Attack that not only devastates your enemies, it turns them into collectible foods that you can use to increase your score! You can also deflect enemy bullets using your katana. With action over four levels and massive bosses both mid-level and at the end of each area, Skycurser packs an awesome retro punch for any mancave or arcade!

Available in three formats: Pro Kit; Deluxe Kit; Dedicated Cabinet. Note that the kits are JAMMA format meaning that you can convert any old JAMMA game over to this new game! 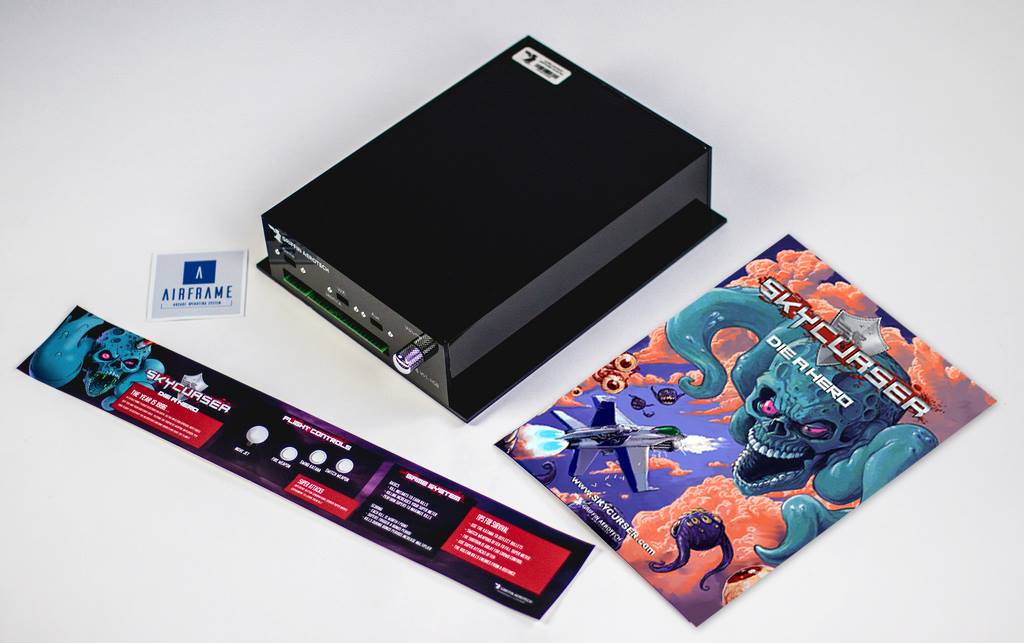 – Exclusive to arcades with no plans for a console, PC or mobile port

– Blood effects can be turned off in the operator menu

Check out Skycurser in action (conversion kit model) from our friends at Arcade Heroes: