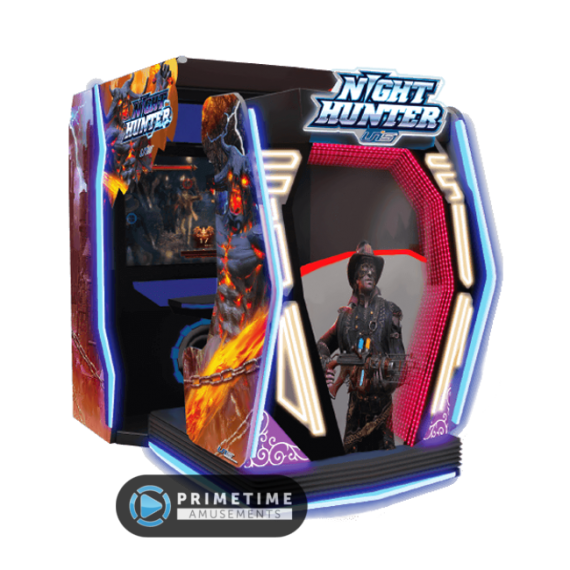 Load up and get ready to hunt evil creatures of the night in Night Hunter by Universal Space. This is a sequel to After Dark that the company had released back in 2012.

Continuing with the story found in the After Dark game, Glenn is still on a quest to stamp out a demonic evil in the world that is wreaking havoc and laying waste to everything that crosses it’s path. You will face vampires, zombies, demons, animated statues and other bizarre monsters, all with a trusty cannon providing protection. The wheel feature from After Dark is still present and must be used during certain events when you need to steer an object or dodge an attack. The gun now has a new feature however – a lever that when pulled will switch between blue or red ammo. Certain enemies will also be blue or red; be sure to match the colors to deal out extra damage!

Check out Night Hunter in action from IAAPA 2017. Available in ultra-sharp 4K UHD!

All of this is housed in a striking new cabinet that uses a motion seat and wind blasts combined with powerful force feedback cannons.

– Exclusive to arcades! No console port is planned for this title 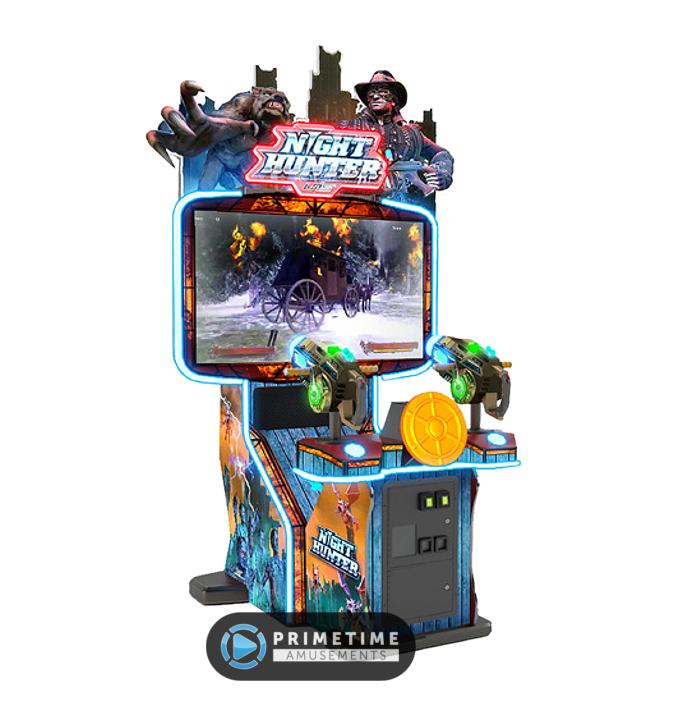 – Fight a variety of evil and unique creatures

– Graphics are displayed on a 55″ HD screen