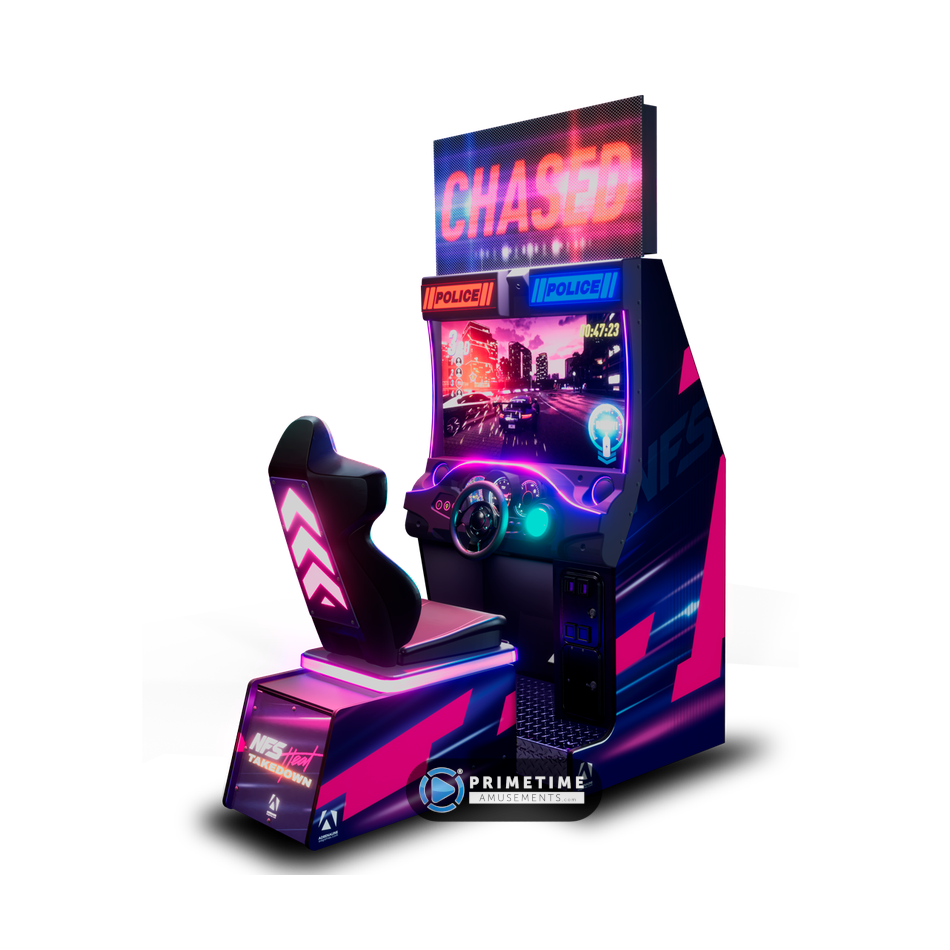 Hop into the car and hit the gas as you’re going on a WILD ride in NFS Heat Takedown by Adrenaline Amusements!

NFS stands for “Need For Speed,” a racing franchise which has existed and often dominated the video racing scene since 1995. The series has appeared in arcades before starting in 2003, last available as Need For Speed Carbon in 2008. Breaking the long hiatus is NFS Heat Takedown, which promises to be the best of the series.

Players select their car then hit the streets at night, racing not just against opponents but also the police, who will give chase once you blow through their checkpoints. Stay ahead or take them down but avoid getting taken out yourself, as you race on 5 courses, each with crazy jumps and explosive action. There are 5 supercars available: the Porsche 911, Corvette GS, Ford GT, Lamborghini Aventator S, and the Nissan GT-R.

Perhaps one of the most striking things about this game would be the cabinet. Featuring a dark theme with 80’s era highlights, this game does not feature a marquee like a traditional game – in the place of a static backlit piece of art, NFS Takedown has a high-quality micro LED panel, which essentially serves as a second display.

– The world famous racing franchise makes a comeback in the arcade

– Heavily modified from the console version makes this experience exclusive to arcades!

– Live action commentary during each race

– 5 courses to race; 5 licensed supercars to choose from (select your paint job too)

– The cutting edge graphics are displayed on a 42″ screen

– Hit opponents hard to take them down!