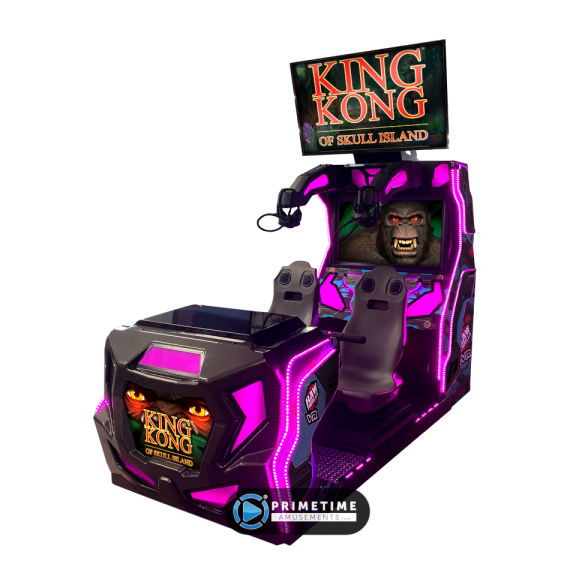 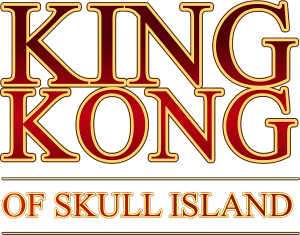 Before now you could only visit the treacherous and incredible Skull Island through imagination or movies. Now, experience the thrills of full immersion on the fictional isle with King Kong of Skull Island by Raw Thrills.

This marks Raw Thrills’ first foray into the world of Virtual Reality (VR). It combines the idea of a virtual ride, VR and interactivity into one, making for a fun and unique ride experience.  There are three chapters to ride as you explore the the mysteries of this creature infested land, which includes dinosaurs, mutant bats & ants and of course, King Kong himself.

The VR portion of the game is driven by high quality HP Reverb headsets, which provides a 4K level of resolution (2160×2160), which eliminates the dreaded “screen door” effect. This is also more than just a ride – with motion sensors built into the handlebars, certain sequences of the game require the riders to wave their hands to swat away bugs and perform other actions to progress.

A prototype preview of King Kong of Skull Island was available at Amusement Expo 2020. Video is available in 4K Ultra HD resolution. Subscribe to us on YouTube to be alerted of additional video updates!

– 3 action-packed chapters, each clocking in at about 3:30-4 minutes in length

– Motion seats powered by an air compressor/bladder based system, ensuring easy maintenance and a lower cost

– 2x monitors; one plays a dynamic marquee, the 55″ on top shows gameplay clips (it does not show active gameplay, to incentivize people to try it)