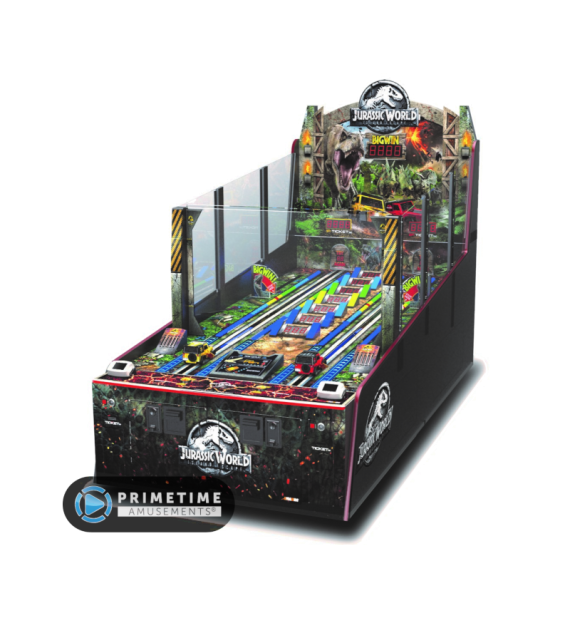 The idea of visiting a theme park with real dinosaurs sounded like fun – until everything went haywire! Fortunately you can win big tickets as you “escape” in Jurassic World Fallen Kingdom by Andamiro USA.

As the second game that Andamiro USA has licensed from Universal Studios, they’ve pulled out all of the stops to make this a redemption game with legs. First, it uses the extremely popular Jurassic World name, a franchise that has earned billions of dollars in the entertainment industry since the early 1990’s. That also includes the likenesses of dinosaurs like the T-Rex, stegosaurus, triceratops and “Blue” the velociraptor that is in the Jurassic World films.

See Jurassic World Fallen Kingdom in action from its debut at IAAPA Expo 2019. Video available in 4K UHD; subscribe to us on YouTube to stay up-to-date with the latest product videos!

The gameplay uses a tried and true skill gaming concept. The player controls a 4×4 that is attached to a sliding mechanism. Each 4×4 has a set of arrows attached to them, which indicate the precise spot where they will stop. The goal is to slide the jeep to the “BIG WIN” target to get the big ticket bonus. But don’t worry – even if you land on a different spot, there are still plenty of tickets to be won!

– Officially licensed Jurassic World product, with a stunning art package to boost it at any location

– Easy to understand & play for kids or adults

– Multiple ticket values to win, with the BIG WIN as the top goal for any player to hit 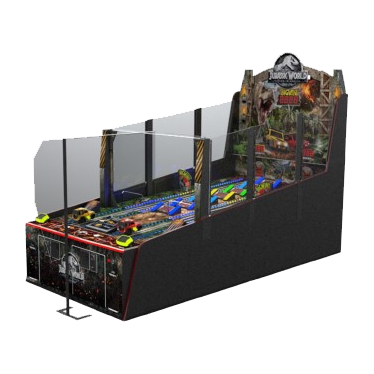