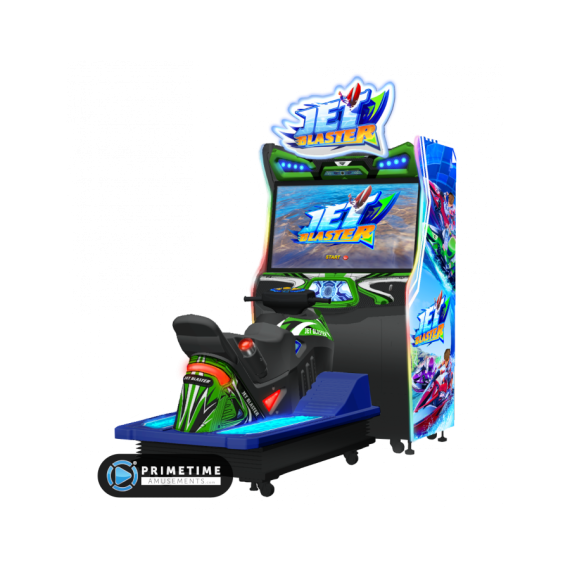 Jet Blaster brings personal watercraft racing fun back to arcades, something that has been missing from the scene since the late 90s. Players take control of a personal water boat (often popularized as “Jet Skis”) and then head to different parts of the world to compete in exciting water races.

The game uses a realistic, seated watercraft controller that is instantly recognizable and easy to control. Better yet, it’s a motion-base! It uses a custom air-cylinder platform to create the feeling that the user is really on the water, then the effect is further enhanced using wind effects. These “4D-style effects” have served as a proven way to increase earnings, and with awesome graphics and sound, players will have their adrenaline pumping in no time.

– An original arcade exclusive from the same team that created ATV Slam.

– Hit the water in your own personal watercraft, complete with wind and motion effects!

– 7 race courses based upon exotic locations around the world

– 5 characters each with unique strengths.

– Linkable up to 4 players.