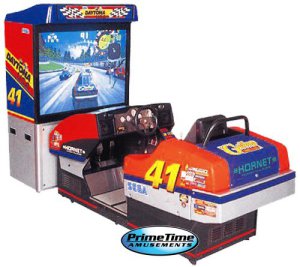 Back in 1994, Sega was pushing the envelope of what could be done with 3D graphics. One of those efforts came to fruition in the form of their “Model 2” hardware. Designed to generate 3D texture mapped graphics in real-time and at high speeds, Model 2 was the perfect platform to feature a cutting edge racing game with. That game was the now legendary Daytona USA.

Daytona USA was not the first 3D racing game to ever be made but very few games matched the earnings potential that it brought to the 1990s arcade scene. The physics model combined with the powerful and detail-oriented force feedback system made it feel like the player was truly in the race. The bright graphics held many subtleties that frequent players came to appreciate but most of all they conveyed a true sense of speed. The soundtrack was one of the most energetic sets of music to grace a video game and is still fun to listen to. The ability to link up to 8 units meant that many large locations with capital could run tournaments, which quickly became a popular way to bring players into the arcade when they weren’t looking to compete on the latest fighting game. 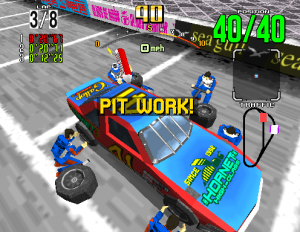 Overall, Sega created a game that was so good, many venues still have at least one set of Daytona USA’s on location that make money. It is the true definition of a classic game.

– 4-position gear shifter. Experienced players can use this to pull off drifts in the right places on the tracks

– Link up to 8 units for multiplayer mayhem or run tournaments

– Various “secret codes” and tricks can be input by players which brings them back. For example, activate the TIME ATTACK mode by holding down on the Start button and pressing the accelerator while on the Transmission Selection screen

– Sega’s Daytona USA Deluxe is no longer produced, having been released in 1994. Please call us about availability. All used models pass through PrimeTime Amusement’s “Certified Pre-Owned” program, which guarantees that the game will be completely refurbished and ready to operate upon arrival.

Stock alert! (2/13/2017) – This pictured Daytona USA Deluxe unit is available from a closed location in Florida. Please call for details! 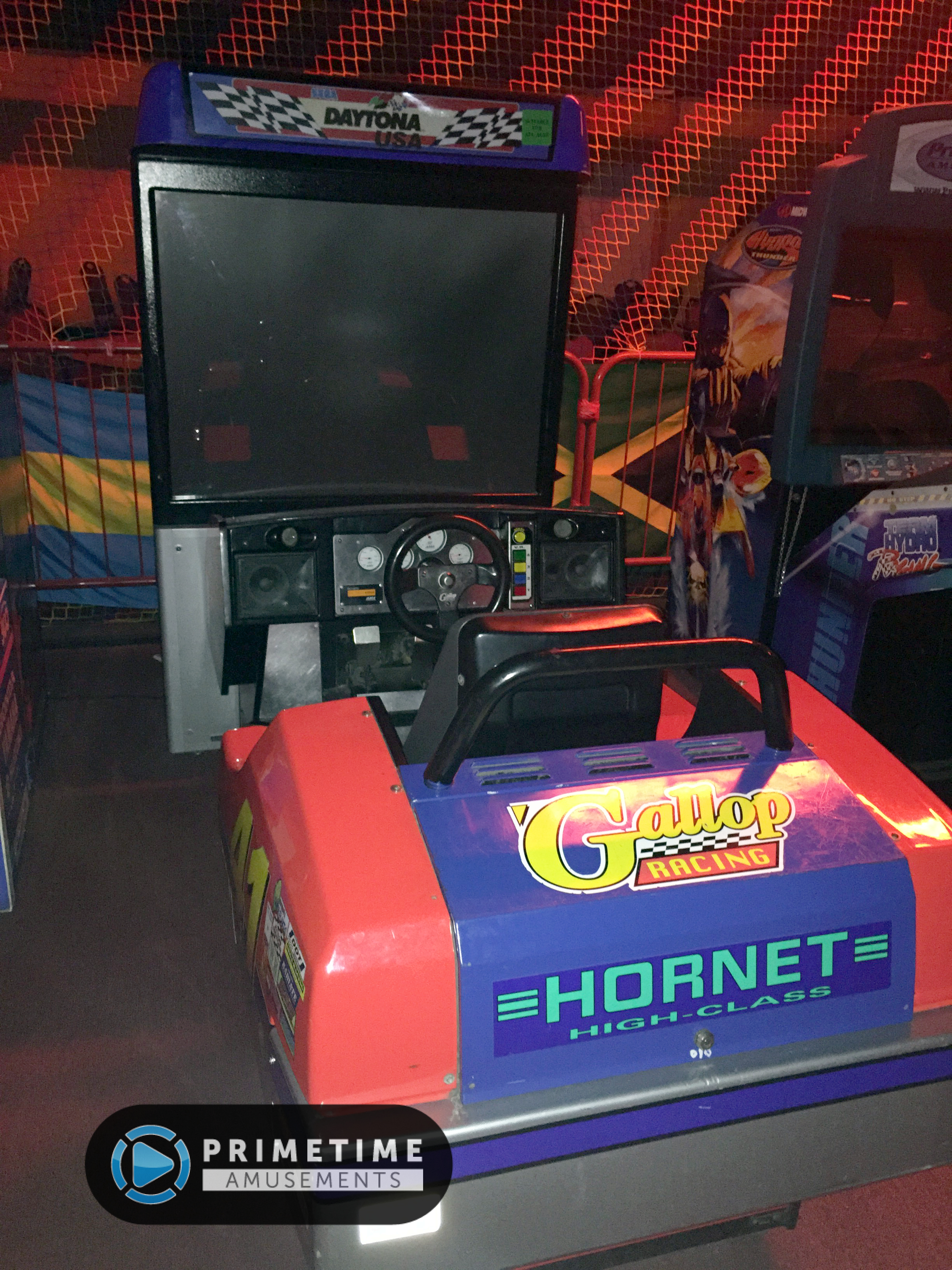 Want to see Daytona USA Deluxe in person? You can find it at the PrimeTime Arcade inside the X-Treme Action Park in Ft. Lauderdale, FL!