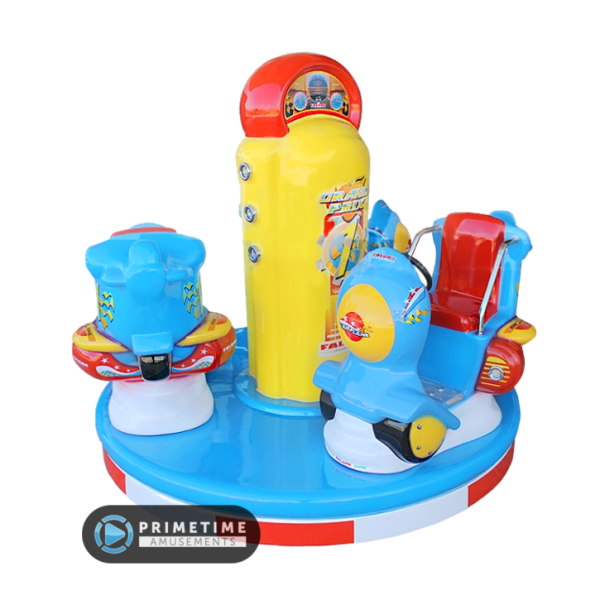 This is one merry go round carousel ride that operators won’t want to be without! It’s the Grand Prix Airplane version!

The Grand Prix carousels were designed in four different configurations: The Airplane model (this listing); the Car model; the Motorbike model and a Mix unit that comes with a single Airplane, Car and Motorbike seat. For this particular listing, the Airplane model features aircraft style seats, each with their own steering wheel that the child can use as their imagination takes off.

– Airplane model; seats can be easily swapped out

– Steering wheels are attached to each seat (just for the fun of the child, does not control the ride)

– Also available with Motorcycle, Car or a mixture of the three seats