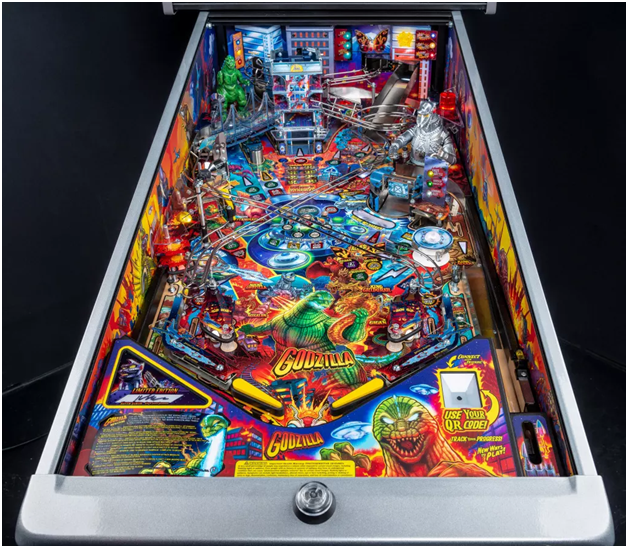 If any company’s known for regularly taking beloved and timeless IPs and turning them into awesome arcade games, it’s definitely Stern Pinball. With their previous two releases including pinball machines based on Led Zeppelin and The Mandalorian, the group has now gone on to work on a Godzilla-themed arcade game, with all the bells and whistles that we’ve come to expect from this company’s works.

As is usual with Stern Pïnball’s works, the new Godzilla pinball machine comes in three different versions; Pro, Premium, and Limited Edition. As always, the Pro is the base version, while the Premium and LE iterations offer unique benefits, the latter including collectible aspects that will give the machines far more value than it costs through the years. In this sense, it’s worth pointing out that, when it comes to the Limited Edition release, there will only be 1,000 units of this version produced, all of which include unique artworks and sculptures, as well as a certificate of authenticity signed by the head honcho Gary Stern himself, as well as by the designer of the machine, Keith Elwin.

While the experience is mostly the same on all versions, both the premium and LE offer things that are not in the base version, such as multiple ramps and sculptures. Curiously enough, the Pro edition also has some features not present in the other two. However, breaking down the differences between the three versions will probably make this article too difficult to read, so here’s Stern Pinball’s official .pdf matrix where they list the elements present in all three versions.

The Godzilla pinball machine is already available for purchase; Buy yours through PrimeTime Amusements – Click here for the Pro model or here for the Premium model.