New Wave Toys is once again taking us to the early ‘80s with its brand new Missile Command arcade cabinet.

The Missile Command X Replicade is a 1/6th scale arcade cabinet of the original 1980 Missile Command shoot ‘em up. The cabinet is designed to bring the fantastic gameplay of the classic arcade title, but with a much smaller profile so that it can comfortably fit in any game room, as well as with certain hardware improvements to not only breathe new life into the game, but also to make playing it better than ever.

For those who are unfamiliar with it, we can say that, despite its positive reception and recognition as one of the classics of the “golden era” of gaming, Missile Command actually garnered quite a bit of controversy. This was mostly due to its subject matter, which depicted an alternate scenario of the Cold War, while the tension was still ongoing in certain parts of the world. This is further compounded by the fact that its gameplay, quite literally, consists of defending a series of cities from falling nuclear warheads, which definitely drives home the point of what the developers were trying to convey.

Premise and setting aside, the gameplay itself could also be quite frustrating; not because it’s bad (far from it, actually), but because there was a point where winning was virtually impossible for all but the most battle-hardened arcade gamers. This was also partially to reinforce the helplessness that the average person would experience in case a wide-scale nuclear conflict would break out. In the creator’s own words, “”That was the whole point of the game… to show that if there was ever a nuclear war, you’d never win.” 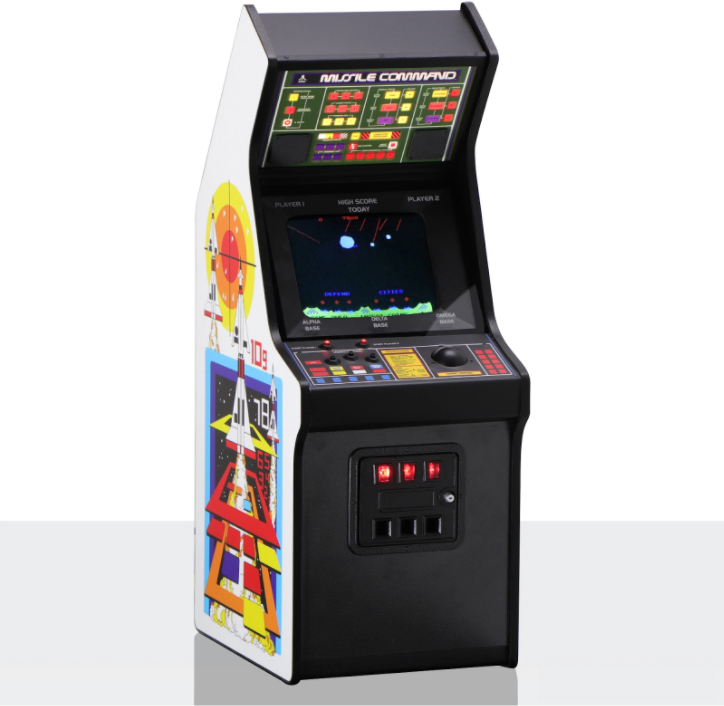 Personally, we find it ironic that something so grim in concept could rise up and become so popular. We guess it just goes to show that, when it comes to video games, or at least the old school arcade games, gameplay always trumped the story. And thus Missile Command is remembered quite fondly by many gamers who grew up playing it in their local arcades, us included—we even wrote a guide with several Missile Command tips and tricks for newcomers a few weeks ago.

But with all that backstory out of the way, we’re pleased to see that New Wave Toys is releasing a miniature version of Missile Command in their ever-expanding Replicade series of cabinets. As we mentioned at the beginning of this article, the Missile Command X Replicade cabinet will be manufactured at 1/6th the scale of the original, and will also include a few additions to improve the classic game.

As per the official description, here’s what you’ll find in this product: 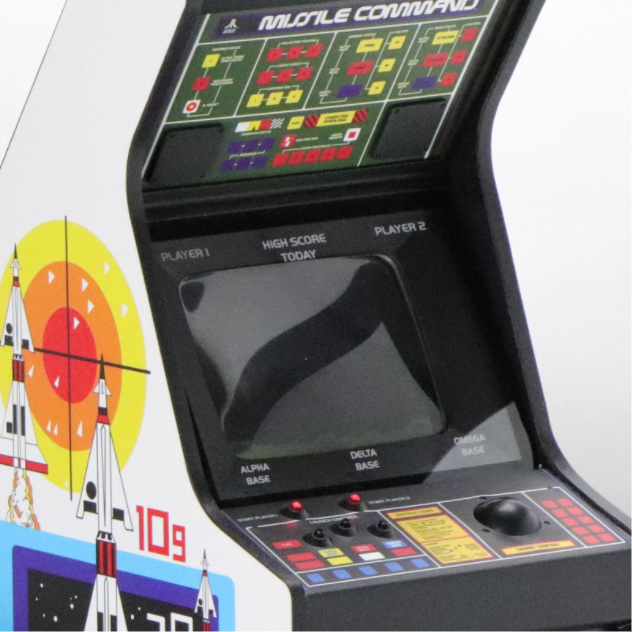 And in terms of features, the Missile Command X Replicade cabinet includes the following:

It’s worth pointing out that there’s also going to be a premium edition of this product, which includes much of the same, except with an exclusive backlit marquee panel, preproduction side panels with custom artwork, and a preproduction 3-coin slots door. Moreover, Each limited edition cabinet will be individually numbered.

A Month After Iconic Sega Ikebukuro Arcade Closes, Another One is Announced to Open

Terminator 2 is Coming Back Thanks To Arcade1Up’s Newest Release