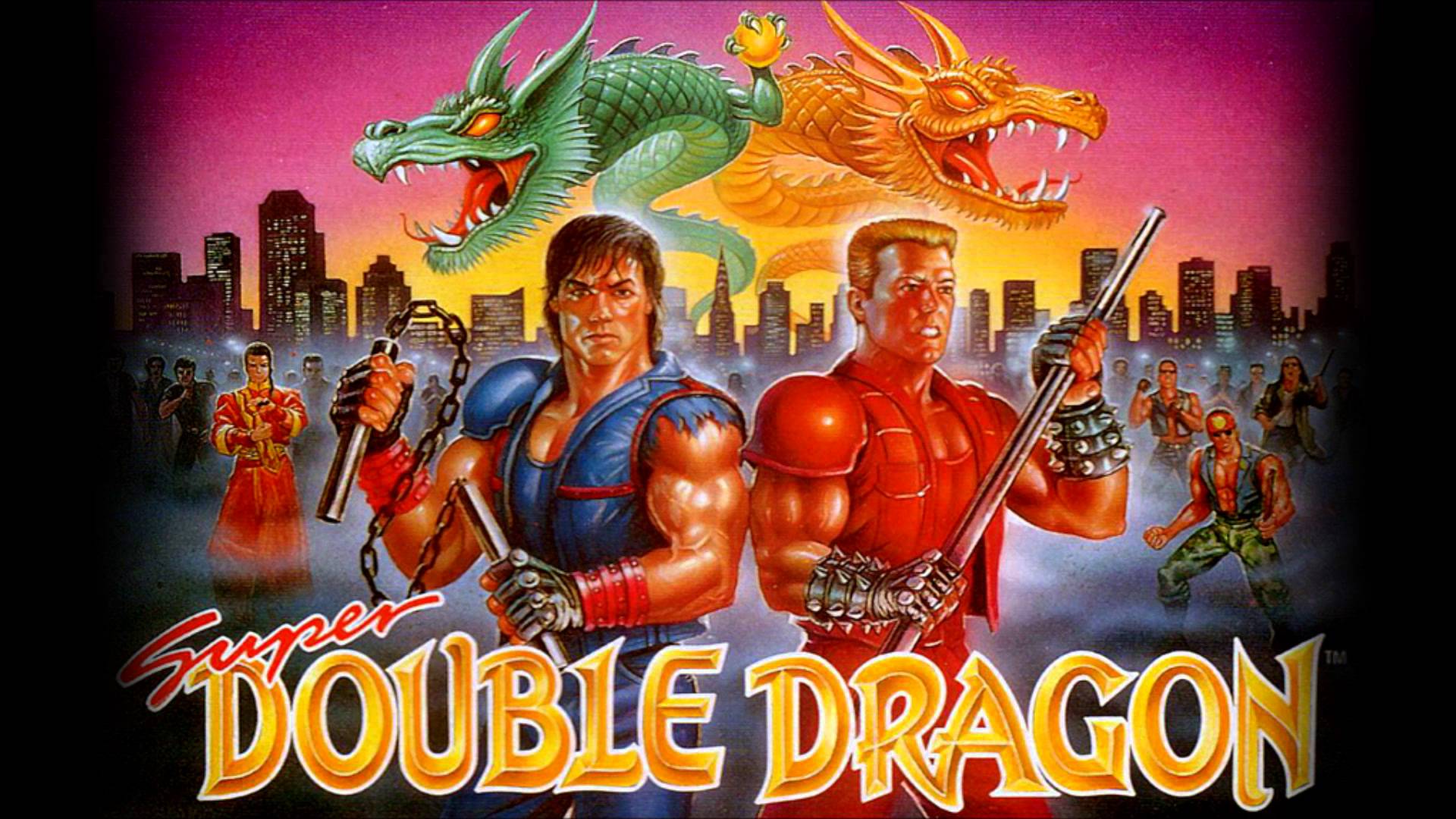 The beat em’ up genre was one of the most popular game genres during the late years of the golden age of arcade games. The game that truly jump started the said genre was Double Dragon by Technos Japan. The first installment in the series was released in 1987 with Taito assuming the responsibility of overseeing the distribution of the game in both America and Europe. 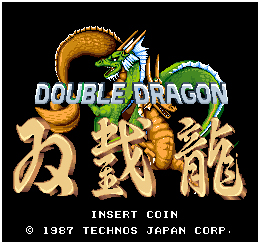 The premise of the game was simple: In the year 19XX, America had been ravaged by the throes of nuclear war. In the aftermath, criminals ran rampant, while the general populace was at their mercy. Great turmoil and strife was the people’s daily bread and butter. However, there was one gang in particular which stood out among the rest. They were called the Black Warriors and they singlehandedly were responsible for all organized crime in the area. Our protagonists, twin brothers Billy and Jimmy Lee, were masters in the Sousetsuken style of fighting, and they were teaching it in their dojo to several students so they could stand up against organized crime. The leader of the Black Warriors, Willy, had taken an interest in Sousetsuken, and wanted to learn its secrets. So he did what any criminal mastermind would do: he kidnapped Marian, Billy’s girlfriend, and tried to ransom her in exchange for the secrets of Sousetsuken. It was up to Billy and Jimmy to punch their way through Willy’s forces in order to rescue Marian from his clutches.

Now, as noble as that may sound, Double Dragon is actually really difficult game, especially if you’re new to the beat em’ up genre. The game consisted of 4 stages, with several areas each (except the 2nd stage, which is one long stretch of terrain). The first one starts out on the streets, and ends when the player reaches the entrance of the factory where the Black Warriors plan their moves. The second stage spans the whole factory; The third is comprised of a forest which encompasses the Black Warriors’ training grounds, as well as the entrance to their hideout. The final stage has the player run through the enemy’s lair, and go toe-to-toe with Willy, their leader.

Now, the controls in Double Dragon are fairly simple: the player had access to 3 buttons, one for a kick, one for punch, and the last one for jumping. This game made use of button combinations in order to unleash certain special moves, which consist of the following:

Now that we know most of the basic moves the player can perform, let’s take a look at some tricks you can perform in various of the game’s stages in order to outsmart the competition, and make the experience a bit easier for you: 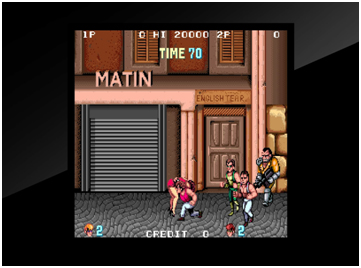 Lure the Boss of the Second Stage Into a Pit

Contrary to popular belief, you can skip the boss of the second stage entirely. Well, sort of. What you’ll want to do is the following: as soon as you engage Jeff (the boss), you’ll want to walk past him, and jump onto the conveyor belt behind him. The belt is a bit long, which gives you plenty of space to maneuver so he doesn’t land any cheap shots. When Jeff inevitably jumps after you, you must jump down and very quickly jump on top of the boxes that are piled on the north wall of the room. Now, since the AI is programmed to take the shortest route to engage the player, the boss will try – and fail – to reach you by walking straight up from the conveyor belt. If the player walks far to the right wall, the boss – still on the conveyor belt – will follow him, and eventually fall into the pit at the end of the belt. Thus allowing you to skip him entirely, and complete the stage.

Skip the first Abobo in the Third Stage

In the first area of the third stage, you will come to a broken bridge which you have to jump across in order to proceed. However, said bridge is guarded by an Abobo at each side. Fortunately, the player can make matters easier for himself by skipping the first Abobo entirely. This is achieved by walking right past him, and making the jump across the broken bridge. Since the Abobos can’t jump in the arcade version of the game, you essentially skipped 50% of the challenge of this area. Furthermore, if you were saving a knife or any other weapon, you can use it on the Abobo waiting on the other side. Since the second Abobo spawns alongside a knife-wielding Roper, you can disarm the latter, and use his knife to deal even further damage to the Abobo.

De-spawn And Skip Enemies in the Third Stage

In another part of the third stage, you will come across a short walkway where a couple of Jeffs and a Roper ambush you. This part is a massive HP drain for all but the most experienced players, since the enemies here will gang up on you and quickly beat you up. Fortunately, you can use the scrolling camera to your advantage by walking right past the 3 enemies, and climbing the mountainside at the end of the walkway. Since the camera will follow the player, the enemies will get left behind, and eventually de-spawn from the game. At times, a single Jeff or Roper may come after you by climbing the mountain, but it’s much easier to deal with a single enemy than with a 3-man ambush. Furthermore, if you can land a grapple, you may also toss the Jeff or Roper down the mountain for an easy kill.

Skip the Minions And Go Straight For the Final Boss

This last one is a bit trickier, since it doesn’t require you to simply walk past the enemies, or take advantage of the game’s camera. In the final stage, just before fighting the final boss, you will need to take down several enemies at once. The final gauntlet consists of an army of Jeffs, Abobos, Bolos, Ropers, and Lindas, all coming after the player. As soon as they’re defeated, Willy, the final boss, will jump down from his balcony and engage the player. Now, most of the difficulty of this stage doesn’t come from the boss itself, rather than by having to survive the constant barrage of enemies that assault the player before the final boss.

Fortunately, there’s a way to skip all these enemies, and engage the final boss up on his balcony. This is achieved by walking past the initial Abobo and positioning just below the bottom corner of Willy’s balcony. Before taking positions, you must make sure that the Abobo is the one chasing you instead of the other two, since this trick is completely dependant on the burly brute specifically attacking you. After taking your position, you must wait for the Abobo to get close enough for you to land an elbow strike, knocking him back below the balcony. When the Abobo is on the floor, you must move a bit forward, and turn around so that you’re facing the balcony. You must then let the Abobo grapple and try to suplex you. If you did it right, you will get launched by the Abobo and land on top of Willy’s Balcony, where you’ll be able to punch him to death, effectively skipping the onslaught of foes you would have to defeat otherwise.

I’m sure there are more Double Dragon tips and tricks out there which you can use to make your experience easier. If you have one you’d like to add, feel free to share it in the comments section below; it’s never too late to learn new things about our favorite old-school games!

At PrimeTime Amusements we’re the nation’s leading provider of arcade sales and rental solutions. If you have any queries or concerns regarding the process of opening up your very own business, or simply want to ask about an amusement in general, feel free to give us a call at 1.800.550.0090, or drop by and visit us at 5300 Powerline Rd, Suite 210, Ft. Lauderdale, Florida, 33309.

Avengers in the Arcade