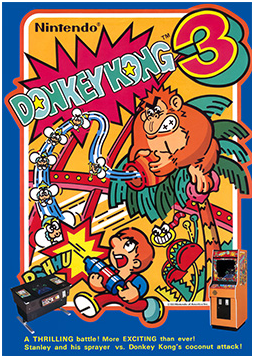 In this month’s edition of Getting Good, we’re diving into a sequel that’s a bit obscure – not because its predecessors were unimportant, but because the gameplay took a radical departure from the original formula. Released in 1984, during the “Great Game Crash” that afflicted North America, we’re talking about none other than Donkey Kong 3, the weird shooter game in Nintendo’s popular series of platforming titles.

Instead of the usual platforming action where the objective was to reach the goal and proceed to the next levels ad nauseum, Donkey Kong 3 was more skin to Space Invaders, where you take control of Stanley, the very disgruntled owner of the local Greenhouse, who’s being harassed by Donkey Kong and his bug allies, and use your trusty cans of bug spray to get rid of the pests and drive the pesky primate away.

In this sense, rather than jumping and dodging enemies, you will need to eliminate ALL bugs with your spray, or push Donkey Kong to the top of the screen to win the level. However, you have to also protect your fruits and veggies from being stolen as this will also lower your score at the end of the stage. Also, while you’re busy fighting pests, DK will also be climbing down to the bottom of the screen, and if he reaches the bottom, he’ll take a life. In other words, you don’t want ANYTHING to make it down to the bottom, be it pests or angry monkeys. 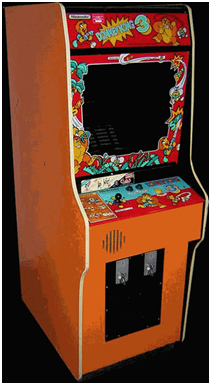 The controls in Donkey Kong 3 are as simple as ever: The joystick controls Stanley’s movements, both horizontally, and in the case of the up and down directions,  they are used to ascend and descend platforms, respectively.

Donkey Kong 3 is one of those games that doesn’t really follow a set pattern, except for the type of enemies that spawn in every level. As such, in order to get good at the game, we need to discuss the different types of baddies you’ll be going up against.

Now that you know about all the enemies that you’ll encounter during your matches, let’s talk about the best weapon at your disposal to get rid of them: The Super Spray. 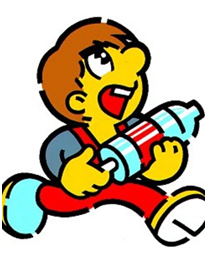 This very limited item packs a stronger punch than your regular bug spray, and can only be obtained once per life. You can find the can of Super Spray hanging next to DK’s vines. If you hit the monkey enough so that one of his hands lands on the can, it’ll drop down to where Stanley can pick it up.

Once activated, Super Bug Spray will last for a few moments, and will improve the power of your basic attack, allowing you to even destroy Queen Bees with a single shot. Furthermore, since these blasts are much stronger than normal, they will also push DK back further than normal, which will make them extremely handy for yellow stages.

Sadly, since you can only get these powerups once per life, it’s not really worth making a strategy around them. Still, it’s great to keep in mind for the stages where you’re having  troubles staying alive.

The levels in Donkey Kong 3 are divided by color, which can help to prepare you for the challenges that lie within. 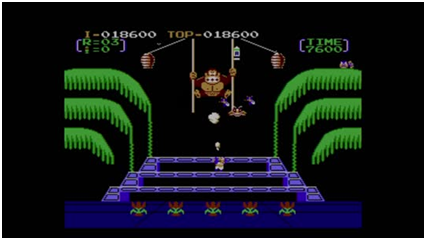 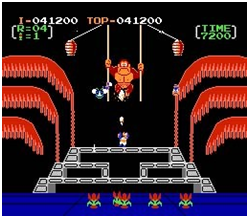 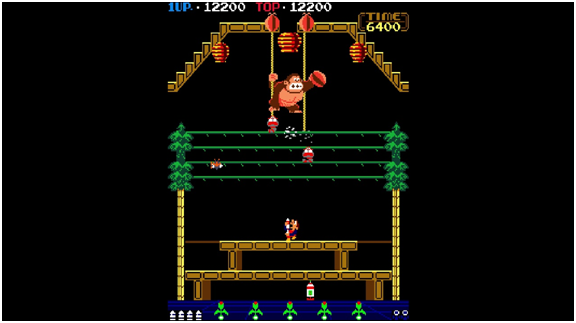 And that’s all you need to know to get good at Donkey Kong 3. By reading about the different enemy types, and learning their movement patterns and attack styles, you can easily position and maneuver Stanley to stay alive and defeat DK at every turn!