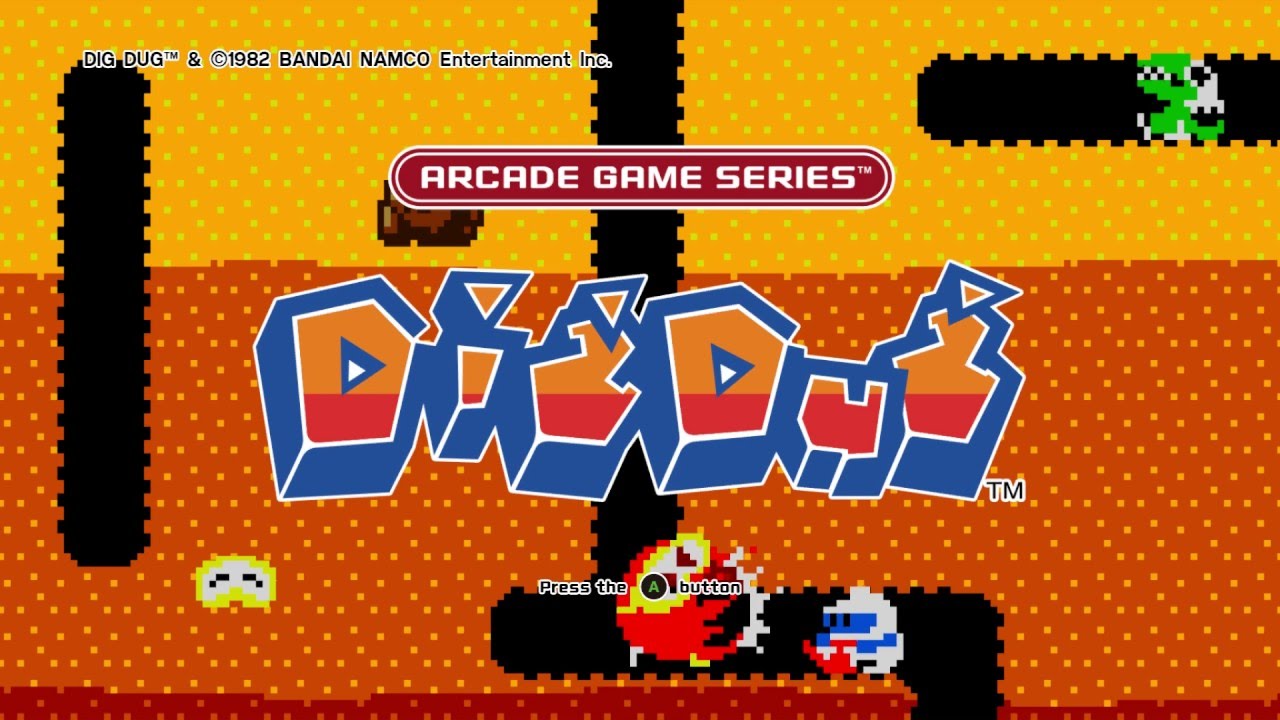 April is almost over, which means that it’s time for another episode of Getting Good. Like always, we’ll be talking about a timeless classic – Namco’s Dig Dug. This was a game that was easy to find in most arcades in the 80’s and was ported to a variety of 8-bit era consoles. Recently it was also seen in the hit Netflix series Stranger Things. The game featured simplistic but colorful graphics, as well as awesome sound effects and gameplay that put it on par with other timeless hits like Pac-Man. With this title, Namco attempted to cash in on the hype of maze games, but while also adding its own unique twist. In Dig Dug, the players not only navigate through mazes; they create them in order to catch their enemies, pump them full of air with the character’s trusty pump, and blow them up before proceeding on to the next level. 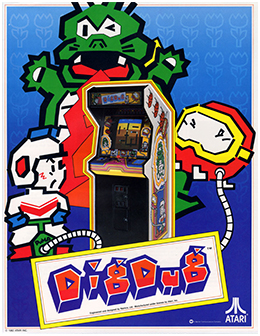 The gameplay of Dig Dug was simple to grasp, yet difficult to master, especially for those wanting to set high scores. The objective of each level was to take control of Dig Dug and put order to his garden patch, which has gotten out of hand and is under attack by nasty Pookas and hot-headed Fygars. Dig Dug must, as his name suggests, dig his way through each garden patch, reach each enemy, and blow them up with his pump before moving to the next stage. The player must avoid contact with the enemy at all cost, as well as avoid the ghosts that wander around after defeating each one. Furthermore, they must avoid avoiding Fygar’s fire, while digging their way to each enemy before dispatching them one by one.

In order to attack, the player must stand next to each enemy and press the pump button. The player must pump each enemy full of air until they pop; if the pump is disconnected before dealing lethal damage, the enemy will begin to deflate and will continue wandering through the garden until properly defeated. However, while they are pumped with air and deflating, they can be safely walked through without fear of harm. The player can also dig below rocks to make them fall on enemies for extra points. After two rocks have been dropped, a vegetable will spawn in the middle of the map which, upon being picked up, grants the player extra points in each stage. After the music speeds up, normal enemies will begin to flee the garden through the surface hole on the left side. Fygars, however, will begin to actively pursue and kill Dig Dug in this phase. Once all enemies have been defeated, or have escaped, the player will proceed to the next level. 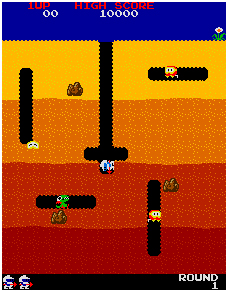 The controls in this game are very simple:

4-way Joystick: Using the 4-way joystick, the player can easily traverse the tunnels in each level, as well as dig new ones. Dig Dug moves in a grid, and can only make 90-degree turns upon reaching a new tile. The player cannot pass from one side of the screen to the other, unlike Pac-Man.

Pump: By pressing this button, Dig Dug will deploy his pump nozzle in the direction he is facing. If an enemy is in range, the nozzle will latch onto the enemy. Once this happens, the player can pump the enemy full of air by holding down or repeatedly pressing the pump button. If the player is at risk or is pressed for time, tapping is generally faster than holding the button down. The enemy must be inflated until it explodes, or else they will begin to deflate.

1 or 2 Player Buttons: Use these to begin either a 1-player or 2-player game.

Due to the stages sharing the same objective, making a stage-by-stage walkthrough doesn’t make sense. Instead, we’ll provide a few pointers that will allow you to survive for the longest times, while also racking up the big points.

First off, the idea of the game is to defeat all the enemies in each stage. This can be achieved by several means, such as blowing them up or crushing them with stones. The process of blowing them up, however, takes some time and leaves Dig Dug open to attacks. If you are trying to inflate an enemy, and another one comes up behind him, the enemy can simply walk through his inflated friend and get to you. When this happens, the pump stall is the way to go.

This strategy consists of alternating between two targets as you slowly and blow up each one of them. This can be achieved by partially inflating one enemy, breaking off the connection and walking away when the other is about to walk through the first enemy, and then connecting to the newly-arrived enemy. How this works is that you will alternate between enemies as they deflate, but you’ll pump each enemy for more time (as the enemies will take longer to deflate when you pump them with more air). Eventually, one of them will blow up, which will then set the other one up as an easy target. This pump stall method also works wonders for when you need to make a quick getaway after being surrounded by two enemies. By latching onto one of them and pumping them 3 times, they can remain inflated for enough time for you to walk through it, and escape from the pincer attack.

Another strategy to consider is the proper use of rocks. Keep in mind that rocks can also crush Dig Dug if falling from a distance, so keep clear of their trajectory at all times. If you dig directly beneath a rock, Dig Dug can hold it over him until an enemy comes down from below. Once this happens, simply walk left or right and let the rock crush the unlucky enemy below, and reap those sweet, sweet points. Try always to dig long vertical tunnels below rocks, so that the enemy has no way to avoid an oncoming boulder as he makes his way up towards you. Furthermore, keep in mind that rocks can break through thin walls, which allows you to crush enemies without even entering their caves.

The New Fighting Sensation Coming to Arcades in 2018