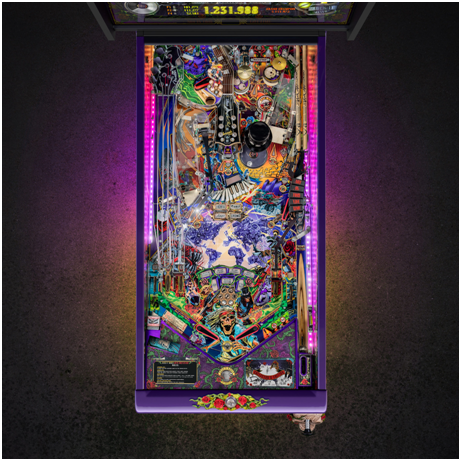 The folks at Jersey Jack have done it again, this time with an awesome new pinball machine based on the timeless rock n’ roll band, Guns N’ Roses. This game is officially titled “Guns N’ Roses: Not in this Lifetime”, and was carefully designed by Eric Meunier of Pirates of the Caribbean fame. It also features contributions by the one and only Slash, top hat obviously included.

Now, the concept of pinball machines themed after popular music bands is nothing new. Pinball themes tend to follow a movie, TV show, comic book or a rock band (once in a while maybe there’s one based on a video game) Hyperbole aside, this machine in particular has been the center of rumors for quite some time now, so many fans were ecstatic when Jersey Jack finally confirmed that it is real. 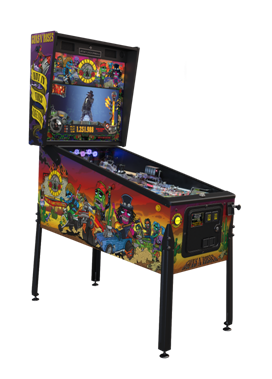 Guns N’ Roses: Not in this Lifetime Specs

Before talking about the specifications of this pinball game, it’s worth mentioning that it’ll come in three presentations: Standard, Limited, and Collector’s. This is pretty much standard for the industry at this point. The most noticeable difference between each edition is the artwork, as each of them feature unique designs. Regardless, all of the models include several interesting features related to the band, including 21 of the best Guns N’ Roses tracks, including updated instrumentations recorded by Slash exclusively for this occasion. They even offer live footage from the 2016 “Not in This Lifetime World Tour” displayed on the 27” back panel during play, among many, many other features and goodies.

Aside from the artwork, however, there are other notable differences between the various models. And while there are too many to list in this one article, here’s everything that comes with the Collector’s Edition:

If that’s not an enticing list of features, then we don’t know what is. Feel free to take a look at the game’s page on Jersey Jack’s website to learn more about the machine. Also, check out the official trailer released by the manufacturer, which perfectly encompasses everything that you’ll find in this pinball game.

The prices for the Collector’s, Limited, and Standard editions are $12,500, $9,500, and $6,750, respectively. The machines are already available for ordering, though they’re currently sold out at the time of writing this article. If you’re interested, we recommend regularly checking Jersey Jack Pinball’s website to see when they’ll restock.