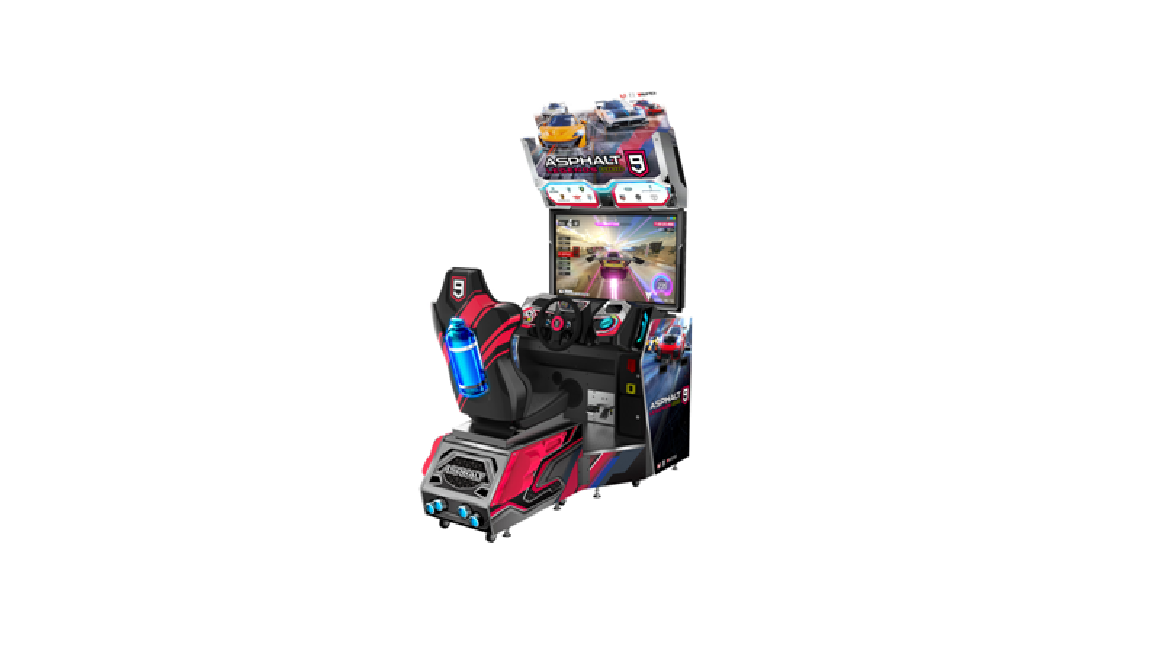 It’s always a fun occasion whenever we see a new game released, and this time around, it’s even more interesting since it’s the arcade version of a game that has always been jumping across multiple home platforms, but that has been more noticeably seen on mobile devices. We’re talking about the Asphalt series of racing games, and more specifically, to the arcade version of its latest installment, Asphalt 9: Legends.

The arcade version, the aptly-named Asphalt 9 Legends Arcade, is based on the popular multi-platform racing game, but with many changes and tweaks to make the game suitable for the arcade and FEC environments. For instance, while a solid racing game, one of the chief complaints against the current iteration of Asphalt is its restricting monetization system and grindy gameplay loop, where players often have to work for long periods to obtain a vehicle, and then to upgrade it to a usable state. Asphalt 9 Legends Arcade is doing away with all that and is instead making all the cars and modifications available to the players, as well as other interesting features exclusive to this adaptation.

The Asphalt 9 Legends Arcade machine is available in two main versions: a Premium version and its DX counterpart, though they’re very similar. Both versions include the basic features such as Full HD graphics, a 43” screen, controls with force feedback, vibrating speakers, and other realism and feedback enhancements. The DX version, however, comes with a motion platform which moves the seat according to what’s happening in the game, for full 5D immersion.

Here’s a brief description of each version, as shown on the game’s product page:

The Asphalt 9 Legends Arcade Premium Cabinet is a driver that burns past all competition in the arcade racing game category.  It’s packed full of high-end supercars and also comes with the easy Facebook login feature which allows players to compete on global leaderboards and keep their progress for their next arcade visit. Its full set of features including force feedback, wind jets and vibrating speakers provide much higher excitement than other racing games, except of course the DX 5D Simulator!

The Asphalt 9 Legends Arcade DX 5D Simulator is the ultimate premium attraction for racing fans, yet still accessible for all ages and abilities.  Unlock and get behind the wheel of a Lamborghini, Porsche, McLaren or any one of the 20 supercars inside the game and race through multiple routes based on real-world locations.  The DX Driving Simulator is unparalleled and a true premium attraction that will allow you to charge a premium price per play.

And here’s the official trailer for Asphalt 9 Legends Arcade DX, courtesy of the folks at Arcade Heroes:

Interestingly enough, the folks at LAI Games, the team handling distribution of the game in the West, have stated that sales are going quick, and that operators are encouraged to reach out via their website ASAP if they want one of these machines for their FEC. The VP of Sales, Chris Brady, even stated in the press release that “Since its debut at IAAPA, demand for both Asphalt 9 models has skyrocketed. We are shipping them out as fast as we can.”

It seems that Asphalt 9 Legends Arcade is on an open highway to a smooth and prolific launch. Time will tell what future awaits the popular Asphalt franchise of racing games in the arcade industry.