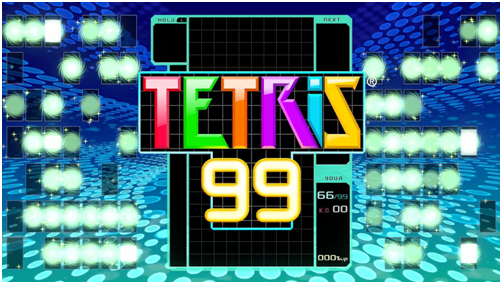 Today’s news piece is short but sweet as it features a game that will keep you glued to your screen for hours on end, which in this pandemic might be exactly what we all need.

Nintendo has been trying out new concepts ever since they launched their Nintendo Switch Online services, featuring not only the functionality to play online with your friends on Nintendo’s servers, but also giving subscribers access to additional goodies for free when they sign up. Some of these extras include the Nintendo Entertainment System and the Super Nintendo Entertainment System apps, which allows players to enjoy some of the most popular retro classics of the ‘80s and ‘90s, adapted to play on modern widescreen HD displays, and with several quality of life features like instant replay and save states, among others.

However, while playing SNES and NES on the Switch is definitely a godsend and is something that we’ve enjoyed thoroughly in the past, some of the most innovative features of the Nintendo Switch Online service are actually Nintendo’s new takes on some of the most popular retro games, but adapted to feature battle royale elements, a trend that began over 2 years ago with Tetris 99.

The concept of these games is simple: You play them as you normally would in single player, except you’re also connected with numerous other players, and the last person standing is the victor. Pretty straightforward, right? Well, how about when you consider that, by playing well and doing good in the game, you can send obstacles and hazards to other players in order to make them lose? And what if you also consider that other players can also do the same to you, as well? After all, it wouldn’t be a battle royale if there weren’t any ways to attack other players. 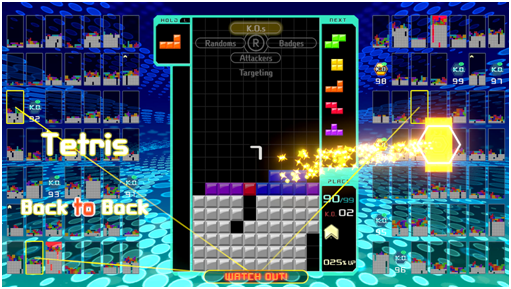 For Tetris 99, every time a player gets a line clear, they would send lines of trash to the enemy’s well, which made them scroll up, and could pressure them into getting line clears before their board fills up. The more line clears or Tetris a player got, the more trash they flung to their enemies. As a result, matches were blood-pumping bouts of excitement, a fact that was further enhanced by the adrenaline-inducing electronic soundtrack consisting of remixes of the popular Tetris theme, which got faster and more hectic as players dropped, reaching a climax when there are only 10 left, and only releasing the tension once the match inevitably ends.

Suffice to say, Tetris 99 was a very interesting concept, and the players clearly liked it as you can still download and play the battle royale mode when you subscribe to Nintendo Switch Online. And hey, you can even purchase the full game, which allows you to play a single player version of the classic 1984 game, which is arguably one of the best versions of it to date.

The success of Tetris 99 led Nintendo to experiment with another concept, Super Mario Bros. 35, using similar battle royale mechanics, but this time featuring the classic platforming gameplay of the original Super Mario Bros. This game, however, was a limited-time title that was released during the 35th anniversary celebrations of the franchise, and as of April 1, 2021, is no longer playable. 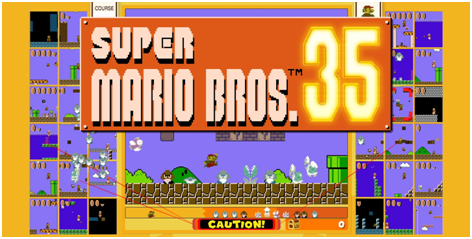 Nevertheless, during its short stint in the market, Super Mario Bros. 35, like its predecessor Tetris 99, received favorable reviews, with players clearly enjoying the new take on the classic title. However, now that the game is discontinued, Nintendo pressed on, reinventing another classic game with battle royale aspects, this time in the form of Pac-Man 99.

Released on the 7 April, 2021, this title has the popular puck-shaped hero scrolling through mazes and gobbling up dots, power pellets, and nasty ghosts. The battle royale elements on this occasion come in the form of Jammer Pac-Man that players can send to their enemies every time they eat a ghost. Depending on their colors, these jammers can either disrupt the enemy by slowing them down in the case of the blue jammers, or eliminating them outright if they run into the red variants.

As players eat dots on every level, they will spawn bonus fruits that, when consumed, reset the current maze, respawning all the dots and ghosts, and allowing the player to continue playing and attacking their enemies. And as always, the last person standing is crowned the victor of the current match, along with some sweet fanfare and bragging rights. 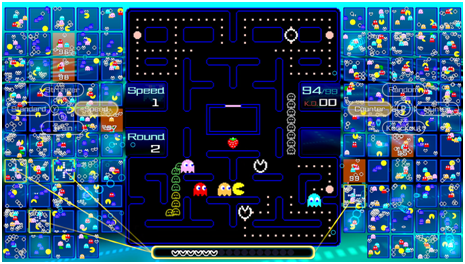 Like the previous entry in Nintendo’s battle royale adaptation of retro games, Pac-Man 99 features a very addictive formula that will keep you coming back for more. It’s seriously difficult to play ONLY one match: If you lose, you’ll mash that replay button faster than you can yell in frustration; and if you win, you’ll also mash it fast to try and keep the streak going.