I know we’re a little bit late to the chase with this one—but hey, we’re arcade gamers before we’re Switch players!

In any case, Nintendo released their subscription-based online service back in September 2018, where users could pay a small yearly fee to gain access to the online features of their Nintendo games. Aside from gaining the ability to play with other gamers around the world using Nintendo’s servers, their online service also brought several freebies, including access to a pre-curated NES Software library with over 30 classic titles available to play. Thanks to this service, it allowed developers to offer “Free-to-play” (F2P) online games. One of the first high profile F2P games to be made available for Nintendo Switch Online came in February of 2019 with the all-new and spiffy Tetris 99.

As its name implies, this title is a homage to the classic block-stacking game originally developed by Alexey Pajitnov in 1984, which also happens to be the highest-selling title of all time. The cultural mark left by Tetris is absolutely massive, having sold over 70 million copies throughout its lifetime in physical releases. However, once you factor in the most recent mobile adaptations and the sales as downloadable software across multiple platforms, this number is actually closer to 500 million copies sold. This number dwarfs even the hugely-successful Minecraft, which has only sold around 176 million copies to date.

In any case, Tetris is huge—that much goes without saying. However, its core gameplay, even though it slightly varies from adaptation to adaptation, has mostly remained the same—stacking blocks to create chains that result in explosions, granting players points. 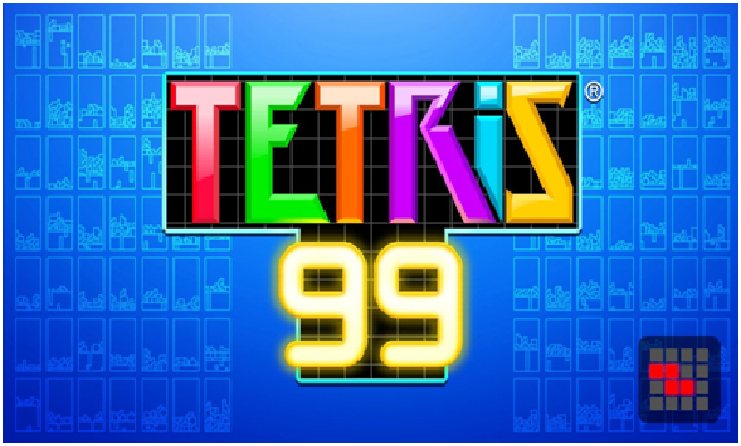 So what does this Tetris 99 have to offer and why should we even care? Well, as arcade gamers, we’re all about setting high scores on fast-action games and, if you take a look at our blog, you’ll see that getting good at games is part of our schtick. In this sense, having an arcade game that not only allows us to set high scores by mastering the gameplay, but also lets us rub it in our opponents’ faces by utterly eliminating them in real time is a godsend.

Tetris 99 is just like regular Tetris, but with battle royale mechanics. For those who are unfamiliar with these mechanics, they are the gameplay elements present in popular titles such as PUBG, Fortnite, and Rings of Elysium, among others. While these games are straightforward shooters, they have a survival element common to them in the fact that, in order to win, the player must be the last man standing on the map. In this sense, the player must land on the map, loot and scavenge for weapons, and then hide and shoot his way to victory.

The same applies to Tetris 99 where, aside from playing like regular Tetris, players are pitted against 98 other combatants in a battle to see who is the last one standing. As they stack blocks and create combos, combatants may also target and defend against attacks from other players. By creating combinations while targeting an opponent, a player can send obstacles in the form of grey blocks that don’t combine with anything and only serve to get in the way. Through this mechanic, a typical match frequently devolves into a back and forth between a handful of players as they attack and defend to keep their boards clean, while dropping grey bricks on their enemies. 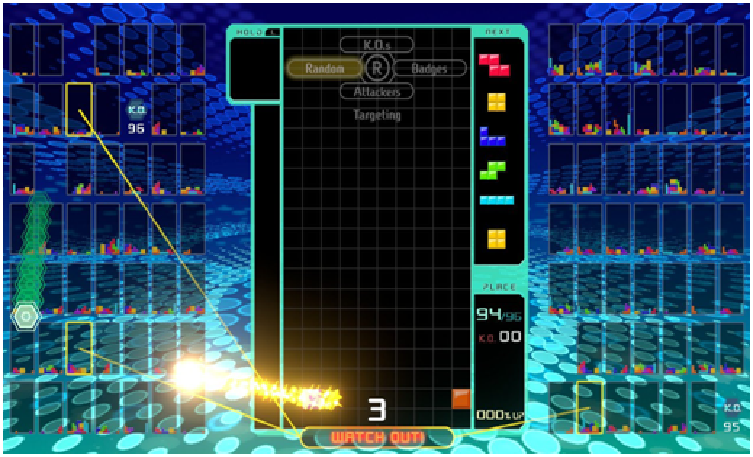 The game has seen great success in terms of playerbase, especially since it comes included in the Nintendo online subscription, which is only around $20 a year. However, The Tetris Company recently announced that they’re teaming up with developer N3TWORK to bring the hectic and chaotic game to the mobile platform. The news was released by Neil Young, CEO of the developer company, this past June 28. However, while they also mentioned that the gameplay will resemble that of Tetris 99 for the switch, we’ve yet to see any footage or pictures.

For those who own a Switch and still haven’t tried Tetris 99, we recommend taking a look—it’s free with your Nintendo online subscription! For those who don’t own a Switch, though, the mobile version is scheduled for beta testing later this year. We’ll definitely be on top of it once it actually releases, so stay tuned for an update on our blog!