Over the past few weeks, we’ve been approaching the subject of building your own domestic game room and filling it with games that would stand the test of time, never getting old and boring, and ultimately providing the best bang for your buck. Titles like Pac-Man, Mortal Kombat, Arkanoid or, you know, those games that offer unlimited replayability, and which every single match plays differently than the others. However, there is another, more elusive type of arcade game; one that is sought after by many collectors, not for its gameplay, or quality, but for its rarity and value in the market. These titles are often called “Holy Grails”, being very hard to find and, consequently, are most likely already in the hands of a collector or on display in an arcade museum.

The truth is, the 80’s and 90’s – times where arcade gaming was at an all-time high – were a very competitive era for the industry. There were promising games, with innovative mechanics that would get shelved, because they couldn’t make enough quarters from the niche target audience. Similarly, there were bad or uninspired amusements that wouldn’t even make it out of the prototype phase, and that would somehow end up leaked into the hands of a collector, where it will sit there and gain value as time goes by. The only way modern gamers got to replay any of these gems was when MAME came around in 1997, and people were able to emulate these obscure games on another cabinet, or on a computer.

For our article today, we are looking at games that were produced for the mass market but did not ‘catch fire’ in terms of sales. Between that and the ravages of time taking their toll on old circuit boards or more fragile wood, finding these titles in their original form proves to be a challenge.

If you got to play any of these 6 games while they were live, then you can consider yourself lucky:

We briefly mentioned in another article that arcade games weren’t too hot on the whole “epic sprawling adventure” trope. These games usually revolved around simple, yet engaging mechanics which the player could master in order to beat the high score and set a record of their own. Legend of Valkyrie, published by Namco in 1989, was all about taking the player on an adventure, where he had to control an armor-clad maiden in order to save all humanity from certain doom. The game played like an action-RPG with shooter elements, with a two-player mode in which the second player takes control of a lizardman warrior to assist the Valkyrie. 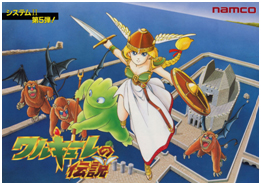 The game never stuck with the American audience because it was originally only released in Japan. The title was officially translated in 1996 for a compilation of games on the Playstation 1. Upon which it was released in the West, to an audience that was unfortunately already too hung up on the novel games and machines of the time to lend their attention to the Valkyrie.

Oh boy, we got a real gem over here. Like The Legend of Valkyrie above, Outfoxies was also developed and released by Namco. This game pitched an interesting spin on the typical fighting formula by adding a big arena to the mix. The fighting stage was filled to the brim with environmental hazards, weapons littered on the floor, and potentially lethal obstacles which the players could interact with to wreak havoc upon the enemy. Outfoxies plays similar to Super Smash Bros. Digimon Rumble Arena, or any other modern arena brawler. The game featured an energy bar, like most fighting games of the time, but offered total liberty to move around and interact with the stage. 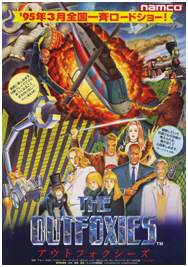 Sadly, the game never struck a chord with the audience since the were too busy playing the popular fighting games of the 90’s. Furthermore, compared Street Fighter or Mortal Kombat, Outfoxies had small player characters, and the camera would often zoom out to cover the whole arena, which made the game unappealing to many. Nevertheless, below the quirky design choices, there was a game that was definitely ahead of its time.

When it comes to finding certain games in personal collections or museums, this one certainly is high on that list because of the historical significance of the title. For Computer Space, it was being the very first video arcade game produced for the commercial market. Created by Nolan Bushnell and Ted Dabney for Nutting Associates, it was patterned after the “Space War” game that was popular among university studies who had access to the campus ‘supercomputer’. That said, in the 70’s, arcade developers and designers had nothing to go by when coding their games, so basically anything and everything they created, whether good or bad, was quite literally blazing new trails while wrangling with limitations in technology and budget. The “game” was very simple, the player controlled a rocket ship made out of an outline of dots and they had to shoot down the moving UFO. The cabinet was distinct for its colored fiberglass design and it made an appearance in the sci-fi film starring Charlton Heston, Soylent Green. An even more rare two player edition was also produced. 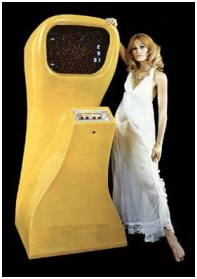 About 1500 units were made but the game did not capture the public’s attention because it featured seven buttons – something a bit daunting when the public had never controlled objects on the TV screen. That all said, the pair of engineers would move on to create a little company called Atari with a simpler title that they would call PONG.

Pac-Man did it first! That’s right, the game Pacland came out a full year before the first Super Mario Bros. popularized the side-scrolling platformer genre of video games. Developed by Namco and released in 1984, this game had everything that you would expect from a platformer, it had enemies shuffling across the stage, powerups, pitfalls, and some serious, side-scrolling action. The objective of this game is to transport a fairy, which is conveniently hiding beneath Pac-Man’s hat, to Fairyland and then return safely to Pac-Man’s house. Along the way, the player was confronted with obstacles in the form of enemy ghosts, quicksand, and spikes, among others. 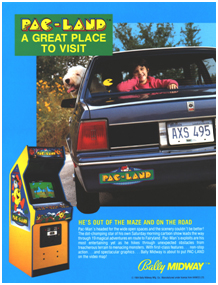 Each stage was divided into four rounds and, at the end of the third round, Pac-Man would deliver the fairy under his hat to the Fairy Queen. On the fourth and final round of each stage, our hero has to make his way home, but this time with the aid of the magic boots the Fairy Queen awarded him for returning the fairy. The last round is played from right to left and, with the use of the magic boots, Pac-Man is able to jump multiple times in the air, which made the last stretch more exciting, and with a different type of challenge than the rest of the stage. After arriving home, Pac-Man would be greeted by Ms. Pac-Man, and Baby Pac-Man, as well as his cat and dog, Sour Puss and Chomp-Chomp.

The following levels would play out similarly, but with increased difficulty.

This game is a lost relic from the times where vector graphics were all the rage. Sundance was developed in 1979 by Cinematronics, who also created games such as Tail Gunner, Star Castle, Armor Attack, and Rip Off, among others. Sundance is so rare that it is believed only 15 or so of these games were actually produced, ever. The gameplay was fairly simple: The arena consisted of two grids set on top of each other, while suns and other spherical objects would continuously bounce between them. Up to two players would control holes that could be moved across the bottom grid. The objective was to position the holes directly under the bouncing objects so that they fall through, awarding the player an appropriate amount of points. Capturing the suns was particularly important as each time they bounced on the grid, they would slowly start to close the distance to each other. The game ended when the grids fully converged. The players would also have access to a limited number of “smart bombs” each run, which could be used to destroy the suns at any given time.

To give you an idea of how rare this game is, you need to look no further than this story. In 2010, a functioning Sundance cabinet was found in an abandoned restaurant. The discovery sparked outrage and discussion in the KLOV forums (a haven where arcade gamers go to discuss their favorite games and cabinets), and the thread dedicating to discussing spanned over 80 pages. At the end of the day, a random person drove up to the site, and removed the machine by himself. We’re not sure what happened afterwards but, considering that we’re talking about a game that can be worth up to $12 grand, we’re not surprised that someone would just go and claim the cabinet for himself. 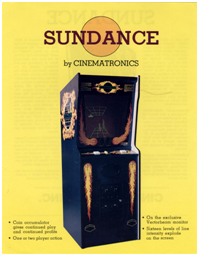 In the 90’s it was almost impossible to go wrong with a fighting game. The formula was simple: as long as you had a roster of interesting characters, appealing stages, and smooth combat, then you were pretty much golden. Asura Blade added to the formula by including the use of weapons for each character. The combat was ripe with variety since each weapon bestowed the characters with different and interesting movesets. You could say that, in a way, this game was the predecessor to the Soul Calibur series of weapon-based fighting games, though Asura Blade was a bit faster than any other title in the same genre. 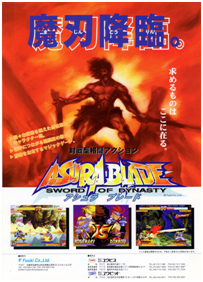 Despite it’s awesome gameplay, Asura Blade was never too hot in the West, mostly because it was never released in America. Its sequel, Asura Buster, improved upon the original in many ways, but it arrived in the West in 1998, when the fighting game craze was already dying down. Consequently, the series fell into obscurity.

Most of the titles featured on this list are either available in places such as American Classic Arcade Museum, or in certain arcades that offer MAME cabinets among their lineup of amusements. Here at PrimeTime Amusements, we’re always on top of the latest news in the world of arcade gaming. We pride ourselves in providing the very best solutions in arcade game sales and rentals, If you’re looking for a machine in particular, or simply want to place an inquiry, feel free to call us at 1.800.550.0090, or to swing by at 5300 Powerline Rd. Suite 210, Ft. Lauderdale, Florida, 33309.

A Glimpse At One Of The World’s Greatest Arcade Achievement