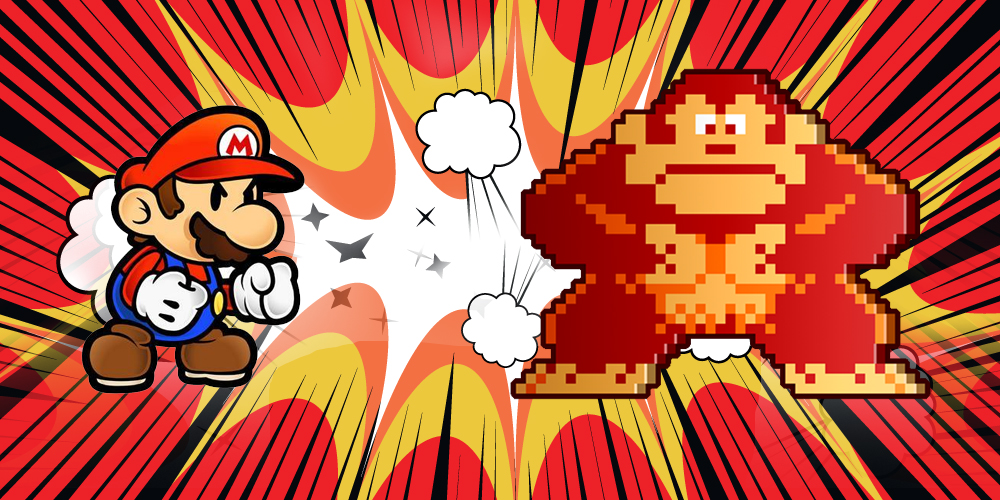 The most popular arcade games are usually those that offer simple gameplay mechanics which, if easy to perform, can actually get a lot more complex to pull off as the difficulty rises. These games thrive in replayability, and benefit most from a steady learning curve that can initially crush newcomers, but ease up as their skill level rises. Some titles opt to achieve this by adding carefully thought-out obstacles and clever level design. Others add a layer of challenge by creating enemies with challenging artificial intelligence and sometimes, an intimidating presence that can get on the player’s nerves as soon as they come into play.

The following games on this list are those that feature some of the most iconic enemies in arcade history. These characters are infamous for cutting the player’s game short at every possible moment, and being a general nuisance in every round:

What better way to start off this list than by mentioning one of the most infamous enemies, in one of the most iconic video games of all time? Initially, Pac-Man’s enemies were simply called “monsters” in the arcade world, but it wasn’t too long before they became known as “ghosts” because, after all, that is what they look like. Regardless, the ghosts are limited by the same rules that apply to pac-man: they are confined to the corridors of the mazes, but are usually faster than the player. The ghosts are slowed down whenever Pac-Man eats one of the power pellets located in each corner, and are also significantly slowed when he travels through the tunnels on each side of the maze. However, Pac-Man is slowed down when he’s eating dots, so a ghost can potentially catch up to him during those occasions.

This game was developed by Williams Electronics and released to the general public in 1982. The game consisted of a multi-directional space shooter, in which the player pilots a spaceship whose sole objective is to gather crystals from destroyed planetoids, and use said crystals to produce “Sinibombs”, the only explosives capable of destroying the game’s main antagonist, Sinistar.

Speaking of which, Sinistar is one of the most intimidating and infuriating enemies in the arcade world. As the player is farming crystals to create bombs, the enemy ships are also gathering crystals, whether by stealing them from the player, or by destroying planetoids themselves. Their crystals are used to build Sinistar’s spaceship and, after the construction is completed, the player receives a warning in the form of a digitized voice that utters the phrase “Beware, I live”. After Sinistar comes into play, the game goes from a gathering quest, to a full melee, as the player has to avoid Sinistar from crashing into and literally eating his ship, while pelting the enemy with the aforementioned “Sinibombs” in order to defeat him. A total of 13 bombs are required to defeat each iteration of Sinistar. The most intimidating fact about this enemy comes from the phrases he screams when engaged in combat with the player, which were recorded by radio personality John Doremus, and played through a CVSD decoder to give him a threatening tone.

The main enemy of this entry is so iconic, that it literally gave the game its name. Developed by Nintendo and released in 1981, In Donkey Kong, the infamous ape takes hold of Mario’s (who was named Jumpman, at the time) sweetheart, Pauline, and takes her to a construction site. The objective was to traverse every stage, and slowly make your way up the levels in order to confront the simian fiend, and rescue Pauline once and for all. The obstacles usually come in the form of rolling barrels tossed by DK, or fireballs which rain from the top of the stages. 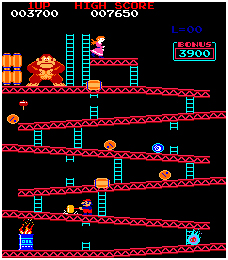 Despite being quite simple at the time, Donkey Kong was actually very significant in the world of video games, as it was the first arcade title which showed interaction between the characters, as well as a semblance of a story. This game would mark the beginning of Mario’s rivalry with Donkey Kong, a fact that still stands to this day in games like Super Smash Bros. Mario Party, and so on.

Fighting games were huge in the 90’s. Ever since their beginnings, they took the world by storm, and arrived here to stay. Mortal Kombat II was developed and released in 1993, and was the sequel to the highly successful Mortal Kombat game, which came into existence in 1992 and singlehandedly popularized the fighting game genre, as well as helped create the ESRB rating due to its gratuitous violence and graphic fatalities.

Despite giving the players the opportunity to pit their skills against each other in 2-player mode, Mortal Kombat also featured and enjoyable single-player arcade mode. In this setting, the player must beat several opponents as he makes his way up the combatant ladder. After several rounds, the players gains access to the game’s boss enemies, which include Kintaro, the Shokar/Tigrar hybrid, and Shao Kahn, Outworld’s Emperor and one of the most feared characters in the Mortal Kombat universe. 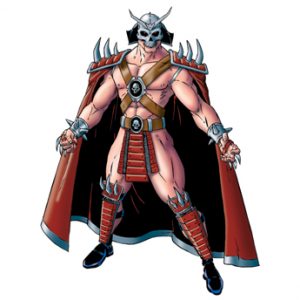 Kahn was a mountain of a man, often towering above the players, and he had the skills to match his massive frame. Most of his attacks could stunlock the players, and take a good chunk of their health if not approached with caution. Similarly, most of the player’s attacks do minimal damage to him. Attacks that would knock down a standard fighter could be casually brushed aside by Kahn, so caution was key when fighting the warlord. Shao Kahn was the bane of every fighter’s wallet, as they would deposit quarter after quarter for a shot at beating him. Granted, once you’ve gotten the hang of fighting him, the match becomes easier, but the learning curve is still very steep, and new players are still guaranteed to lose a pretty penny to this fighter.

Similar to Mortal Kombat, the Street Fighter games were also big contenders in the fighting game genre. Street Fighter 2 was, by far, the most popular arcade title of the series in the 90’s, which featured a memorable cast of fighters, from different parts of the globe. One of the series’ greatest contribution to the genre was the invention of the combo system, which was initially a bug that would let players string together moves and stunlock their opponents. After witnessing the potential that this “bug” had for the gameplay, the developers decided to leave it in, and refined it further to create the combo system that every single fighting game uses to this day.

Like Shao Kahn, M. Bison (Mike Bison) is a towering behemoth of a man, in a game where most fighters are giant hunks of muscles themselves. Bison is the leader of Shadaloo, a criminal organization operating out of Thailand, that smuggles and traffics drugs and weapons around the world, though his real aim is to travel the world in search for the greatest fighters, so that he can create an unstoppable army of warriors. Bison is the wielder of Psycho Power, which allows him to perform incredible feats of strength, such as charging towards enemies at high speeds, and amplifying the strength of his kicks and punches with dark energy. 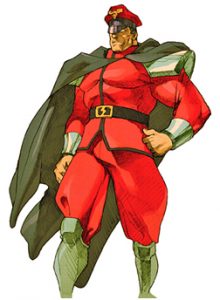 Though not as objectively powerful as Shao Kahn, Bison is a very dangerous rival in the Street Fighter series, and only the most skilled and seasoned gamers can defeat him with ease.

Did you like our list of memorable enemies? Have any suggestions you’d like to see on a future list? Feel free to leave your comments in the section below. Here at PrimeTime Amusements, we like to keep ahead of the curve in arcade game rental and sales, and pride ourselves in providing the best service in the country. If you’re looking for a game in particular, or have a few questions about the industry, feel free to give us a call at 1.800.550.0090, or to swing by at 5300 Powerline Rd. Suite 210, Ft. Lauderdale, Florida, 33309.

Fighting Games: The Gift That Keeps On Giving