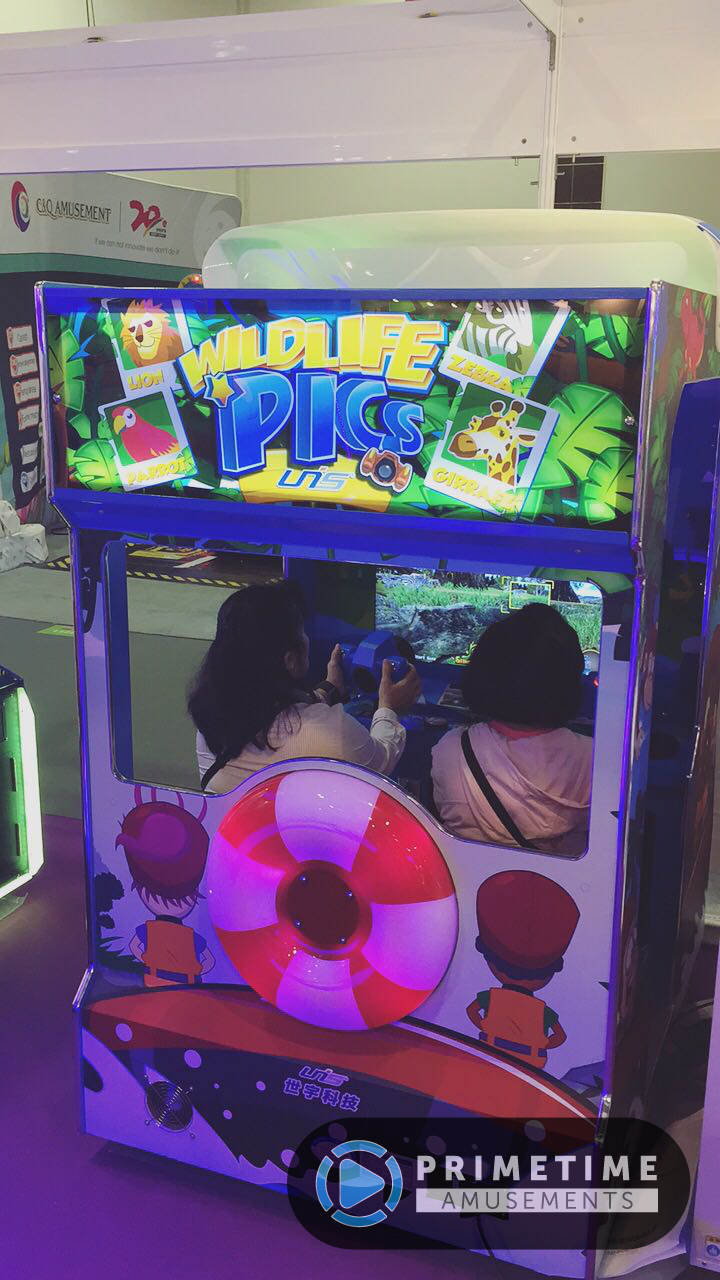 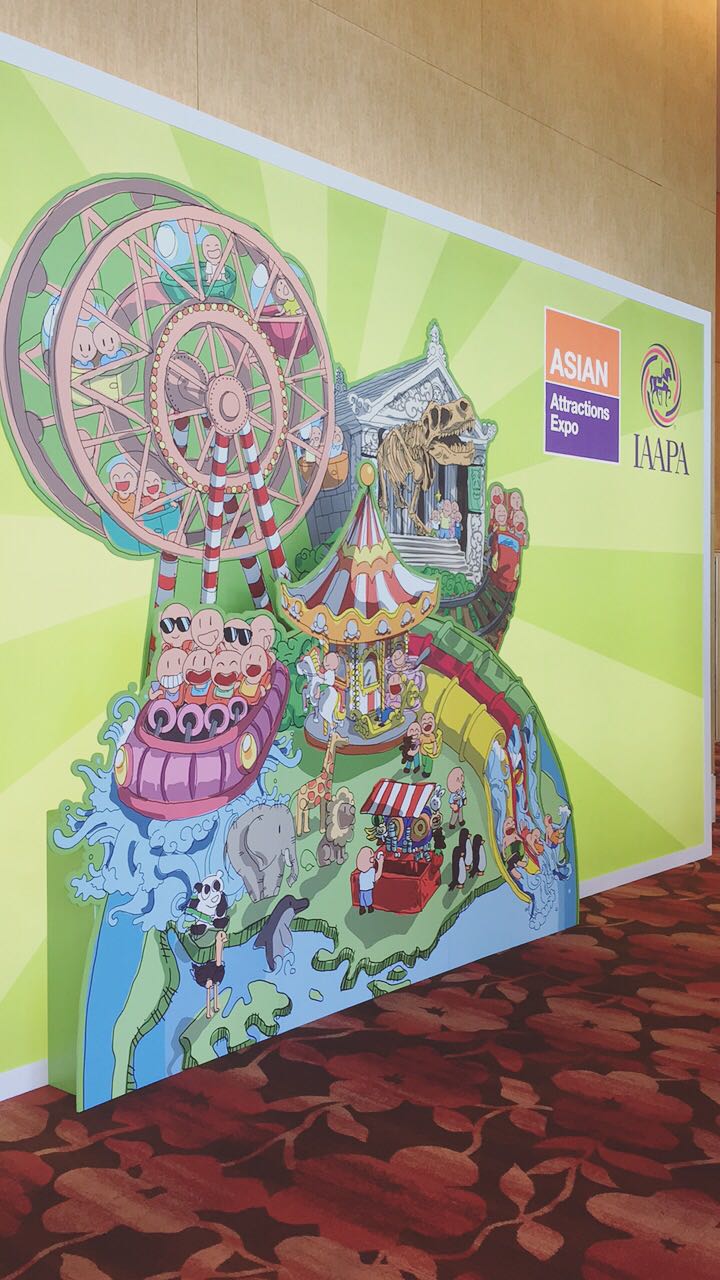 This week has seen the latest IAAPA sponsored event, the Asian Attractions Expo 2017. Being held beteen June 13-16th, this expo showcases some of the latest products and services for the amusement industry as found in various regions of Asia. We sent our sales manager Walter Kern there to Singapore and here is some of what he encountered: 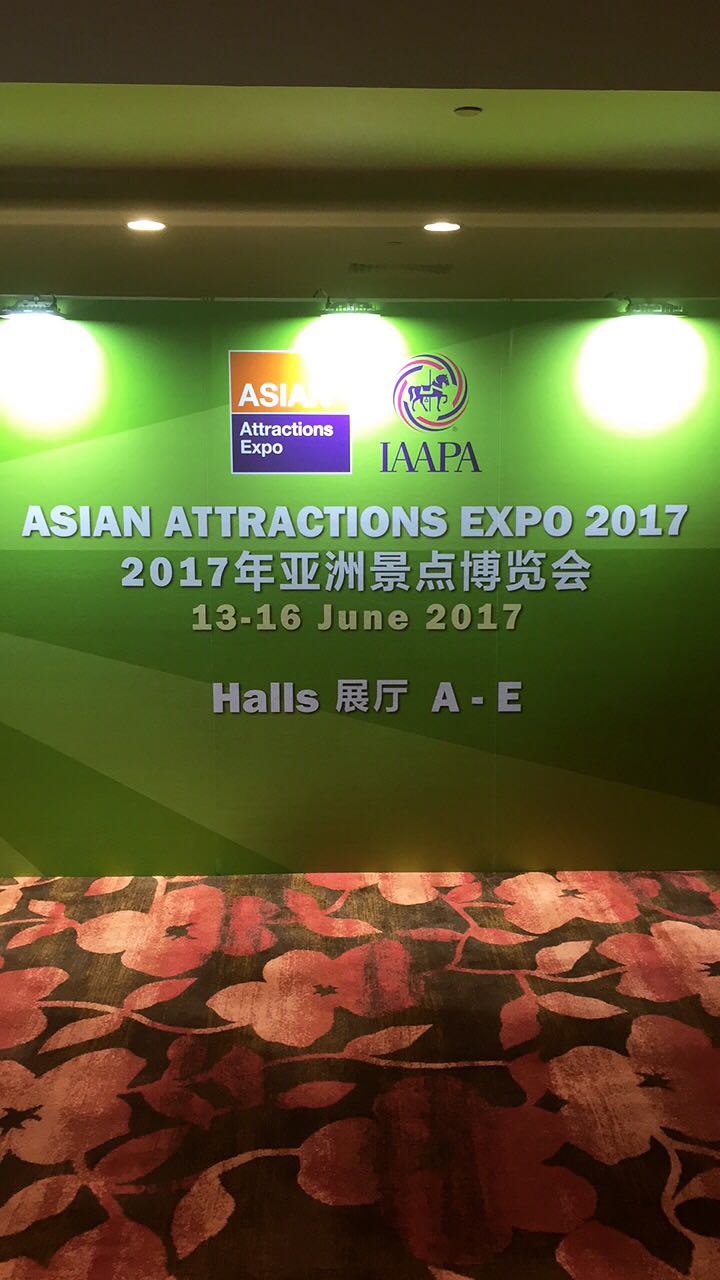 There were various cases of equipment being shown here that are only intended for markets such as China – for those manufacturers we are going to skip over them since we do not represent those companies.

For the first product,  we have Overtake DX. This is an updated version of Overtake by IGS & Wahlap, now sporting a motion base for a more realistic driving experience. 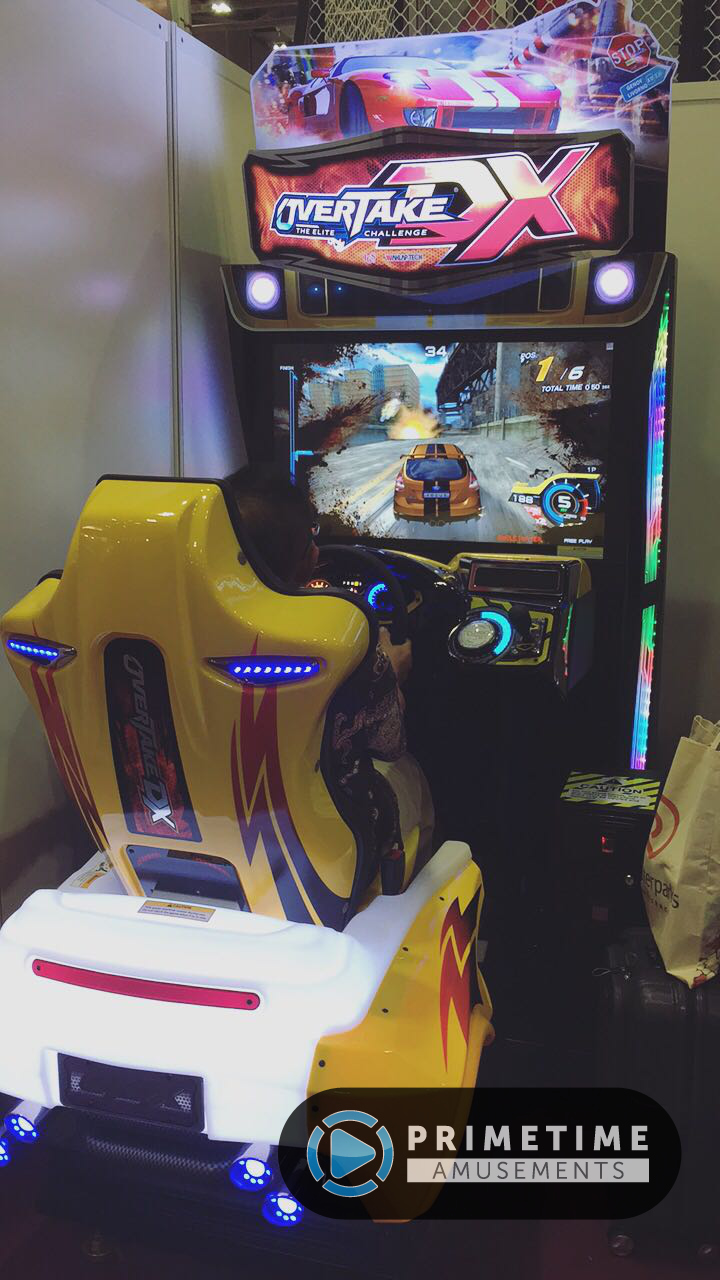 Next up is a title that we have had listed on our website for a few months now, a game that we first saw at IAAPA 2016 called Lane Master. By UNIS, this is a unique video bowling game that plays somewhat like an alley roller but as a bowling game. Each unit comes with two lanes allowing for multiplayer fun. 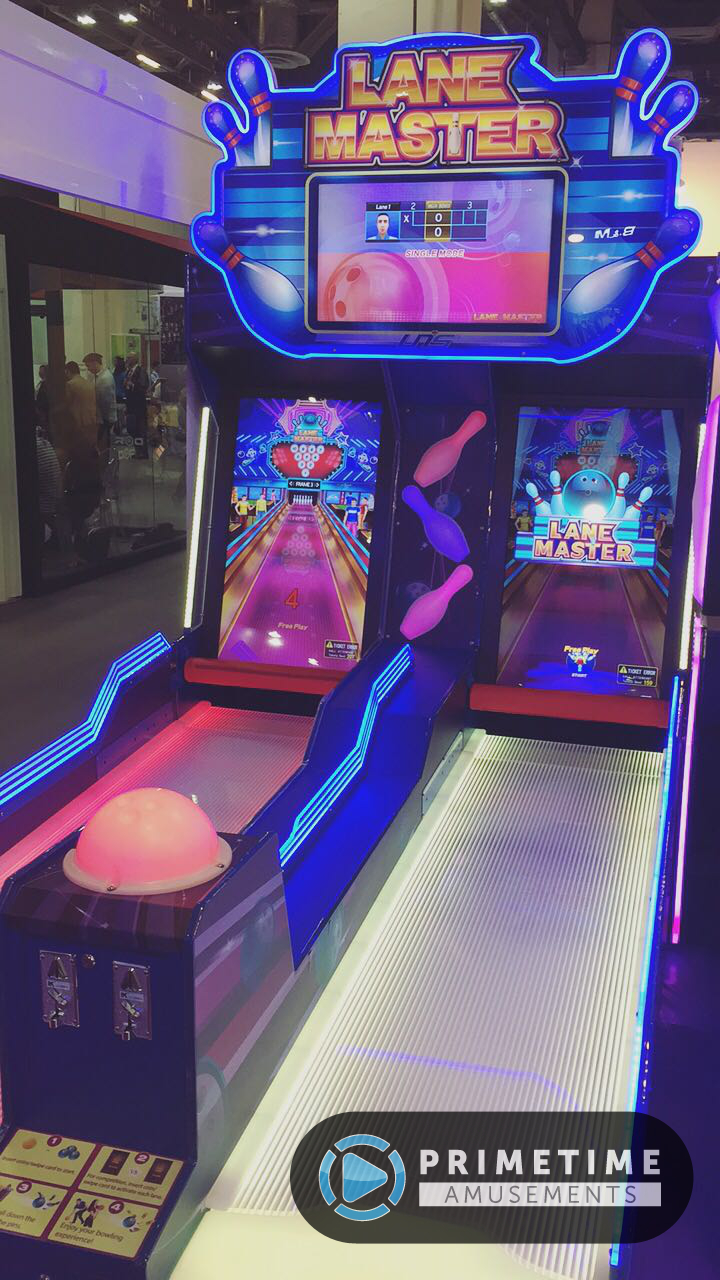 Designed only for the Chinese market, Raw Thrills and UNIS have come together to make a motion version of Cruis’n Blast. 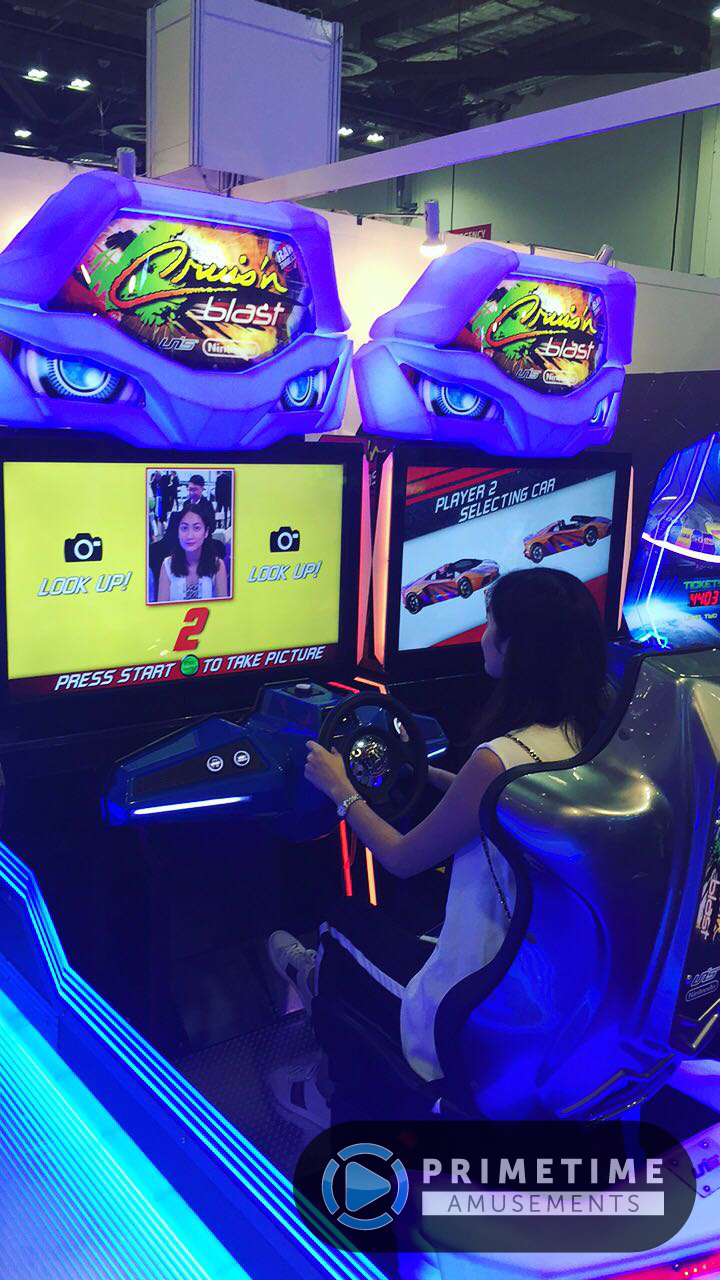 UNIS has also developed a new ‘kid-tainment’ piece for 1-2 players where players go on a safari in Wildlife Pics. As they drive, the player on the left uses a mounted camera to take pictures of the animals that they see along the way while the right player drives.

Crazy Claw is an interesting new concept originally developed by American company Rocket Amusements. It works like a virtual crane/claw machine, the player using the joystick to move the claw around in the game to grab the prizes on the rotating base below. Those ‘prizes’ are converted into tickets, with different prizes earning you different ticket values. We are working on obtaining more details about this one to list it on our site for sale! 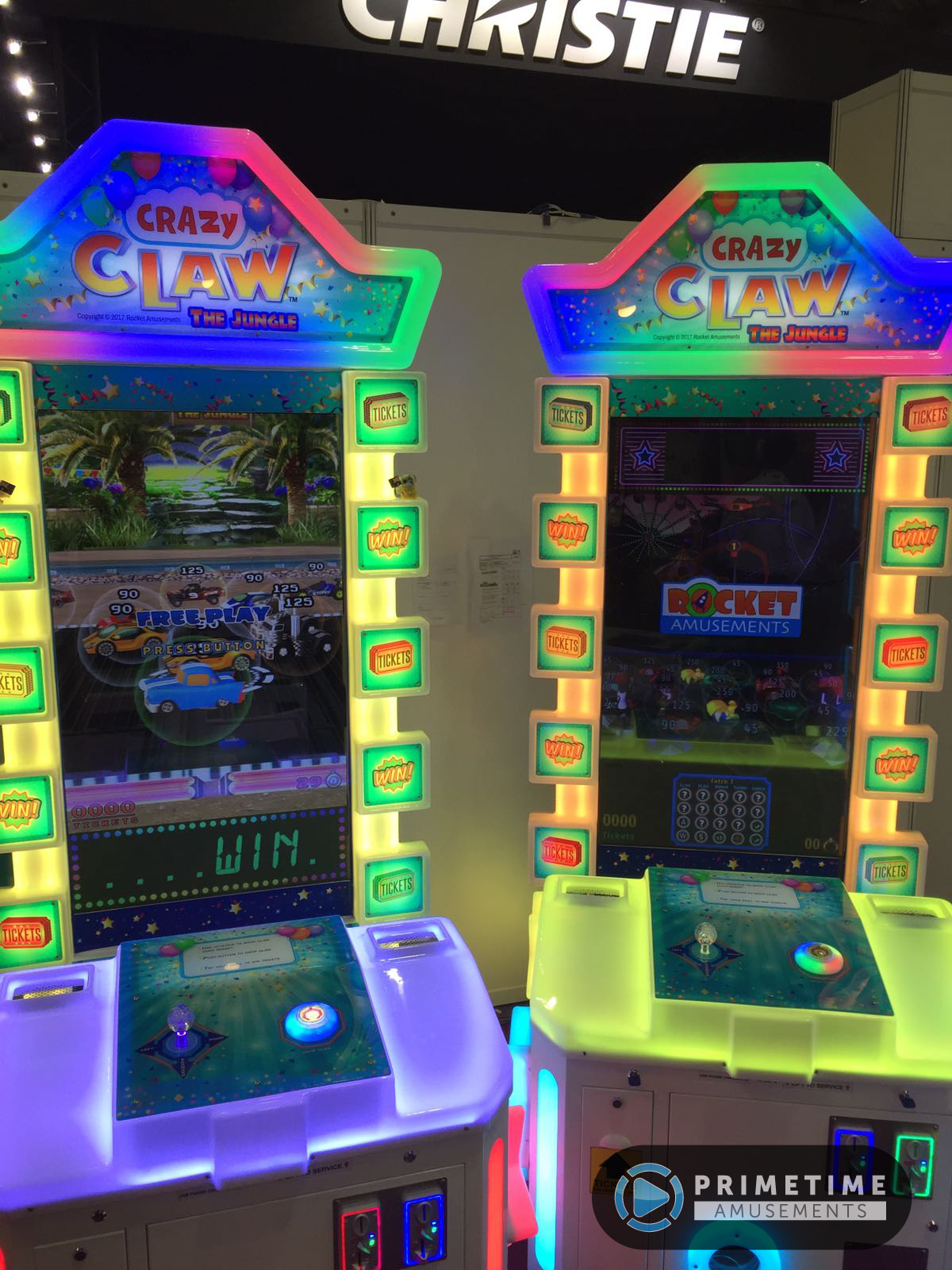 That’s all from the Asian Attractions Expo 2017 show. See you at the next industry event!

The Best Platforms for MAME Emulation