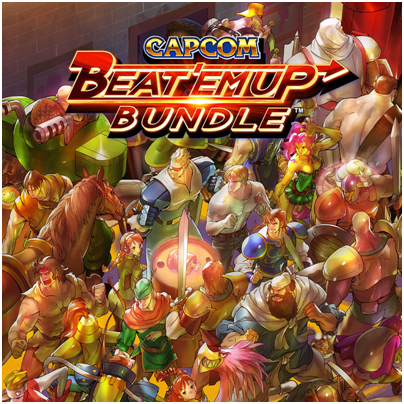 A couple of weeks ago, we spoke about several arcade classics releases on the Nintendo Switch to the joy of old-school games everywhere. Today, as we browsed the eshop for some new titles, we found some great news for hardcore beat-em-up enthusiasts, as there is yet another bundle of classic gems of the genre available for purchase on Nintendo’s digital distribution platform. [NOTE: This title is also available for PC, PlayStation 4 and Xbox One game consoles]

The “Capcom Beat ‘Em Up Bundle,” which is the title of the product on the shop, was created for those who grew up on sidescrolling beat-em-ups. If you want to relive the glory days of the late ‘80s/early ‘90s era, this compilation has got you covered. Specifically, the bundle contains some awesome classics which, until the bundle came out, were very difficult to acquire in their original cabinet forms. This bundle includes a total of seven games, including some top-rated titles in the genre.

The official product description on the eshop states the following:

“Relive the glory days of cooperative arcade games with the Capcom Beat ‘Em Up Bundle!

“Say goodbye to game overs! Adjust your difficulty settings or give yourself more lives to battle through each game in its entirety. You can also play the English or Japanese versions of each title!

“Games included: Final Fight, Captain Commando, The King of Dragons, Knights of the Round and Warriors of Fate, as well as two games that were previously unavailable on consoles: Armored Warriors and Battle Circuit!

“Grab some friends, stare down the bad guys and BEAT ‘EM UP!”

That’s right, according to the description, you’ll be receiving all of these classic Capcom titles, all of which have been updated for modern displays, and for compatibility with the Joy-Con controllers. 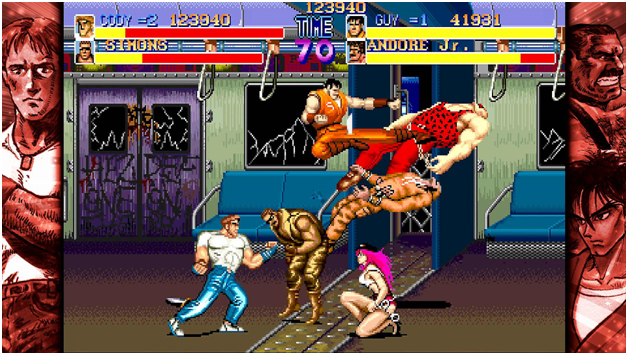 For those of you that are not acquainted with any of these games, but are interested in enjoying some good action-packed brawlers, here is a quick overview of them.

A Note on Switch Connectivity

One of the best parts about these excellent ports is that they make it easier than ever to play with friends online. If the Nintendo Switch Online NES ports were any indicator, all you’ll need to do to play online with the Capcom bundle is to run the game, create a session, and let your friends join up. Afterward, only the party leader will be able to control the menu while the others will have to wait for the game to start.

Regarding connectivity, however, the Switch is sort of wonky; we’ve had mixed results with the network performance. We tried linking up with a user that was in another country, and the latency was just unbearable. However, when we tried linking up with another player that was in the same city as us, we were surprised to see that the lag was still present despite our proximity to each other. This issue was very odd, especially considering that these performance problems are only present in this game, while all other first and third-party titles were in perfect working order.

However, we finally found the solution to our problem in the form of a “low latency mode” that you have to activate manually. Allegedly, this feature lowers input lag with the tradeoff of creating visual and audio artifacts. Nevertheless, upon activating it, the delay was gone entirely without any distortion to the graphics or sound. If you’ve been trying out these classics on the Switch, and you’ve been laggy when connecting with other people, regardless of the distance, then this option could help you out. 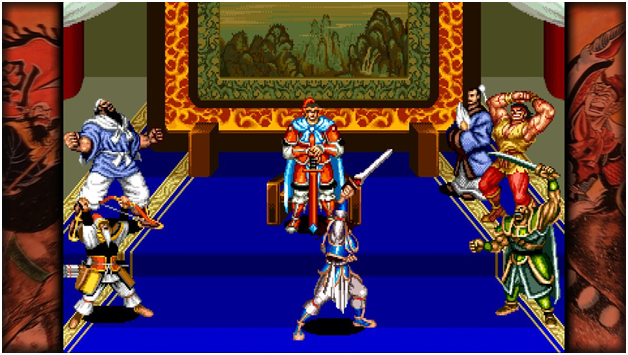 To activate low latency mode, all you need to do is navigate to the settings menu as the host of an online lobby, and press Y. We hope that this can help you make the best of your awesome classic on the Switch so that you can focus more on the game and less on trying to make it work!

House of The Dead Making a Comeback with its Latest Installment