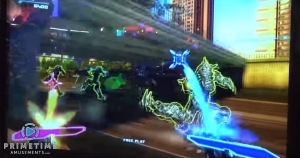 By: SEGA Amusements
Sega’s latest action adventure game, TRANSFORMERS Human Alliance, partners players with one of three of the movie’s stars, Optimus Prime, Bumblebee or Sideswipe. Players must battle their way across America, Africa and Europe destroying the Decepticons before they find the All Spark, a material capable of bringing any mechanical or electronic object to life. 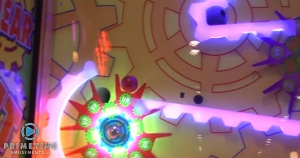 By: Bob’s Space Racers
A great new arcade game that will add new pizzazz to your location. Available in single unit or stack two games together for a sure crowd stopper. •Fun and challenging for all ages •Easy to understand & addicting to play •Progressive game speeds & difficulty levels •Bonus Wheel with Progressive Ticket Payout 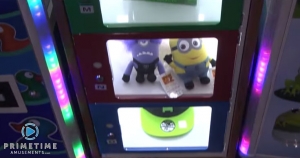 By: Coast to Coast Entertainment
Coast to Coast was showcasing an innovative prize redemption game featuring unique locker and key combinations that are won by players. You can combine the locker with any crane or merchandise vendor that can deliver a key for the prize lockers. 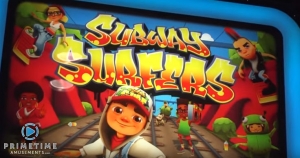 By: Coastal Amusements
Coastal Amusements brings to your game room one of the most popular Android games on Earth. With stunning graphics and international subway game stages that players will continue to enjoy for years to come. 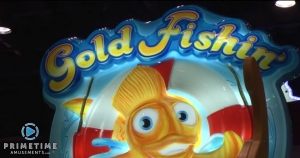 By: SEGA Amusements
Gold Fishin’ is another carnival classic from ICE, the same people that brought you Down the Clown and Milk Jug Toss! Players must aim carefully to land the ping pong balls in to the various targets to score as many points as they can within the time limit. To win the super bonus players must aim at special target sto work their way up the bonus trail to win even more tickets! 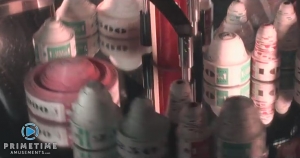 By: Baytek Games
Fun for all ages, this 100% skill-based, 4-player game is simple to play. Players push the button to engage the sweeping arm in attempt to try to knock off the tower of tickets on the revolving playfield. Skillfully players have to time it just right to win the novel tower of ticket bundles worth various ticket values. Bright colors and beautifully lit this game is a great addition to any game room. 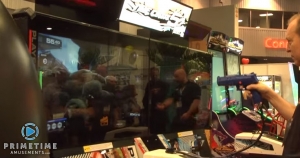 By: Bandai Namco
Time Crisis 5 is the latest installment in the popular Time Crisis series. Playing across three challenging stages, players are introduced to a brand new dual pedal system. Players can now attack from two different positions by stepping on either the left or right foot pedal. The game also features a new weapon-toggle button where players can change weapons during play and a newly designed gun recoil mechanism. 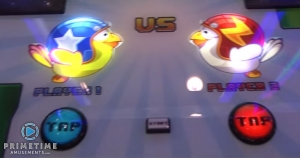 By: Adrenaline Amusements
Massive and fun new video game with ticket redemption feature included from Adrenaline Amusements, where players fly through various obstacles and try to win a ton of tickets. Skill Bonus Feature ! If players beat the target score, they win a bonus of 100 to 1000 tickets! Very easy game play with one button control. Features a huge and stunning 65″ Vertical LCD Monitor, guaranteed to attract attention. 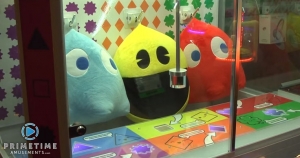 By: Bandai Namco
Drop The Hook joins BarBerCut Lite and Dunk Tank Prize in NAMCO’s prize redemption line-up. Drop The Hook, like our other prize games, uses the simple two-button control. The concept of the game is to use the buttons to move the plunger to the right, and then backward. Choose the prize you want to play for by aiming the shape in the matching playfield. All six holes are different coloured shapes that correspond to the hanging prize such as a triangle, square, etc. If positioned correctly over the shape, the plunger will drop down into the hole dropping the hook that the prize is hanging on. 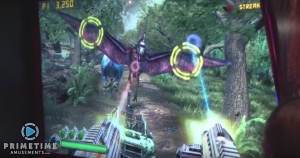 By: Raw Thrills
n Jurassic Park Arcade ™ you must rescue the dinosaurs in a park run amok! Use your high-powered tranquilizer gun to subdue menacing dinosaurs and restore order to the island! Jurassic Park Arcade features a 55 inch LED cabinet, enhanced gun system, eye catching Dino topper and nine frantic levels of non-stop action, with players working to save over 30 species of dinosaur!

Stay tuned to the official PrimeTime Amusements YouTube channel by subscribing today! Get set for another great year of Video Arcade Game footage from the latest and greatest games for 2016. 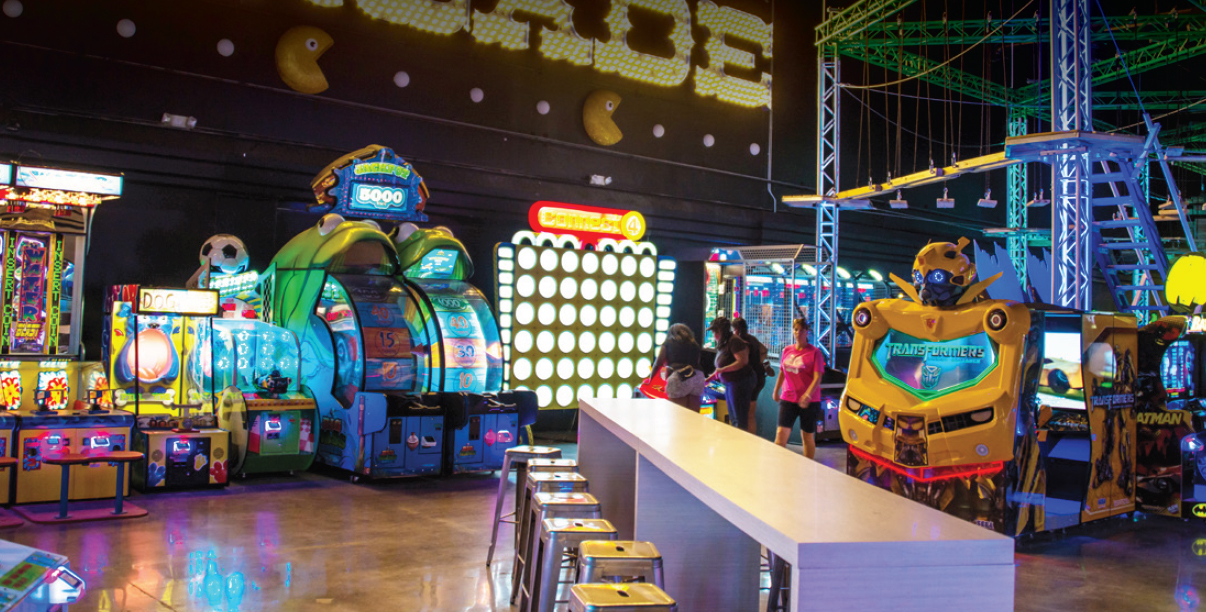