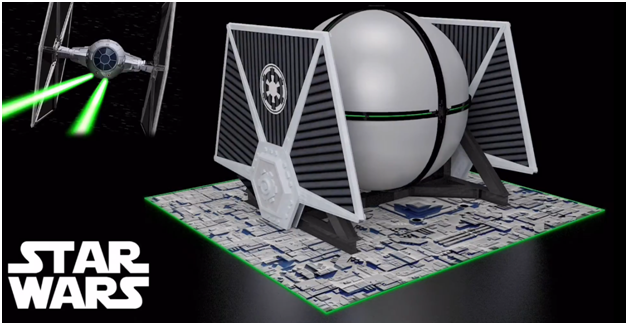 Another May has come and gone, and with it, a bunch of Star Wars-themed memes and events. And though this year’s “May the Fourth” celebration was somewhat lacking in the gaming department, the folks at Motion Sphere surprised us earlier this week with a preview of their upcoming “Star Wars Sphere” simulation game.

Now, when it comes to new games, we’re often used to big announcements like this coming from the East, where loads of new and innovative amusements and arcade games are designed, which is why we were pleasantly surprised to see that this reveal actually came from the South—from Brazil, to be exact. And though they were a few weeks late to the Star Wars celebration, we can obviously let it slide, considering that Motion Sphere’s “Star Wars Sphere” simulation looks absolutely amazing.

Motion Sphere has created a name for itself by delivering some of the most immersive experiences, mostly revolving around racing simulators, such as the Nascar Sphere, Motion F1, Senna Experience, and the Moto GP Sphere, to name a few, though they are no strangers to taking to the skies with their Flight Sphere, as well. These simulators, in rough terms, consist mainly of a special stylized set of controllers built into a spherical chamber, the latter of which is supported and suspended with special mechanisms to tilt and twist it around, creating the sensation of movement, and even being capable of generating up to 7 Gs of force. This movement capacity, combined with its enclosed sound system, makes for brilliant simulation experiences across a wide variety of genres and settings.

However, the group is now stepping into new territory, and quite literally taking their creations out of this world with their brand new Star Wars Sphere, which seemingly uses their existing flight system, the aptly named “Flight Sphere”, as its base. The main difference here seems to be software-wise, with three different simulation experiences revolving around the timeless space opera, as well as aesthetically, as the chamber is designed to look like a TIE Fighter, with the sphere made to look like the ship’s cockpit, and with some embellishments on the sides made to resemble the ship’s wings. 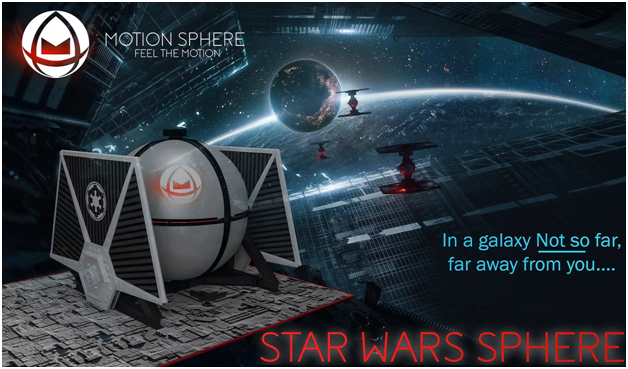 Regarding the game’s software, according to Arcade Hero, who managed to get a statement from the dev team, the Star Wars Sphere will be designed to play three different games which, and we’ll be directly quoting AH here, consist of the following:

“For this game, we’ve adapted the Beggar’s Canyon mission to be played from the Motion Sphere! That’s what you saw in the video trailer. It’s definitely an amazing experience, where you can take control of an X-Wing flying through the canyon, escaping from the attacks, and shooting the opponents! And all of that while feeling all the accelerations and G-forces.”

“With this MFS game mod, you can fly any Star Wars spaceship in several different missions worldwide! People love to feel the motion while they are controlling a Tie-Fighter, X-Wing, Tie-Interceptor, etc.”

In the Battlefront explanation, they mentioned a trailer, and were referring to this one:

According to Arcade Hero, FEC operators who already own a Flight Sphere will be able to retroactively purchase and install these new pieces of Star Wars software to their machines, though it’s not certain if the same could be said for the embellishments and other cosmetic additions to the pod itself. In the same vein, AH was also kind enough to share the technical specifications of the Star Wars Sphere: 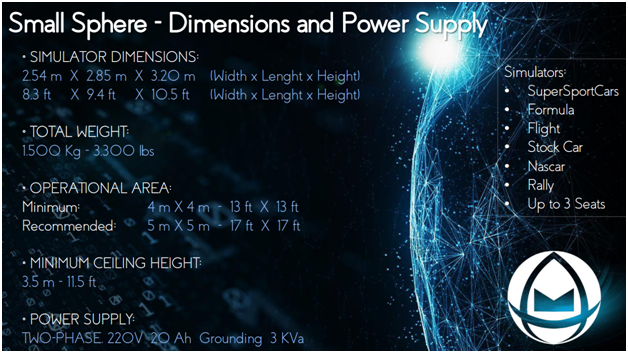 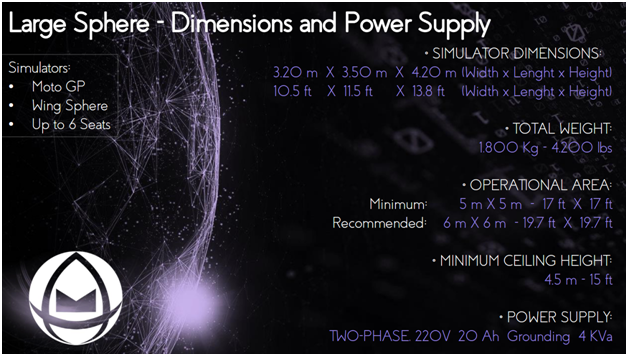 Pac-Man Turns 42 Years Old, Celebrates it by Partnering With Epic Games for a Surprise Fortnite Collab