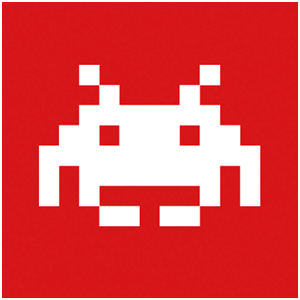 The Tokyo Game Show is a topic of much fascination for video game enthusiasts in Japan and across the world. Since 1996, this event has provided an outlet for Japanese companies to show off their upcoming and promising products to the masses, much like the Electronic Entertainment Expo in the United States. However, while the E3 revolves mostly around mainstream gaming platforms such as consoles, and products from the most popular brands, the TGS is an event oriented towards games and platforms both mainstream and niche. Though evidently, the distinction between popular and niche in Japan is very different than the one back in the States.

In this sense, it’s not uncommon to find updates from smash titles and upcoming games like Hideo Kojima’s Death Stranding which had a preview before its launch the event back in September 2019, as well as news from other media such as arcade games, under the same roof. Similarly, it’s also common to find some wacky props and setpieces adorning the event floor. 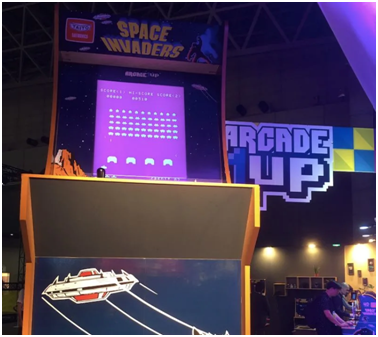 Case in point, last year’s TGS saw what could the biggest functional arcade cabinet in the world. Proudly displayed by Taito near their booth stood a 20-foot tall Space Invaders arcade which, according to the Taito representatives, was fully-functional (though set to attract mode), but the eventgoers were barred from playing it due to the safety concerns of gaming at such a height.

According the Taito, most parts of the cabinet were completely handmade, which made this cabinet a testament to the company’s commitment to their classics. And as if the large paneling wasn’t enough, the cabinet also featured the classic art on both the side panels and the marquee, reminiscent of the original game back when it first came out. However, we’re most curious about how to controllers were made, considering that they’re enlarged versions of the typical cabinet controls, including a huge joystick and a couple of enormous buttons.

If you were at last year’s Tokyo Game Show, we bet it was difficult to resist the urge of jumping up and setting your high score in the huge Space Invaders cabinet for everyone to see. 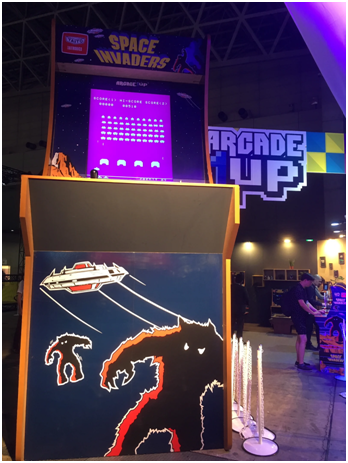 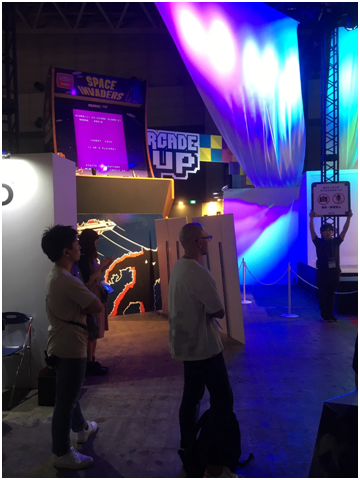 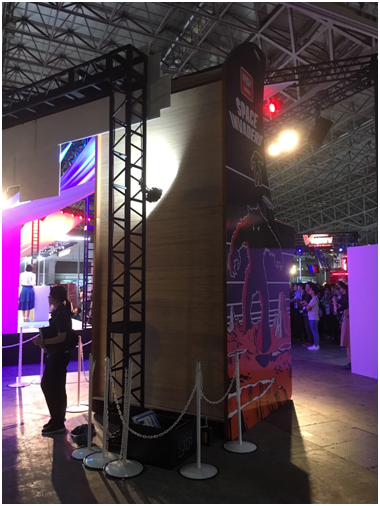