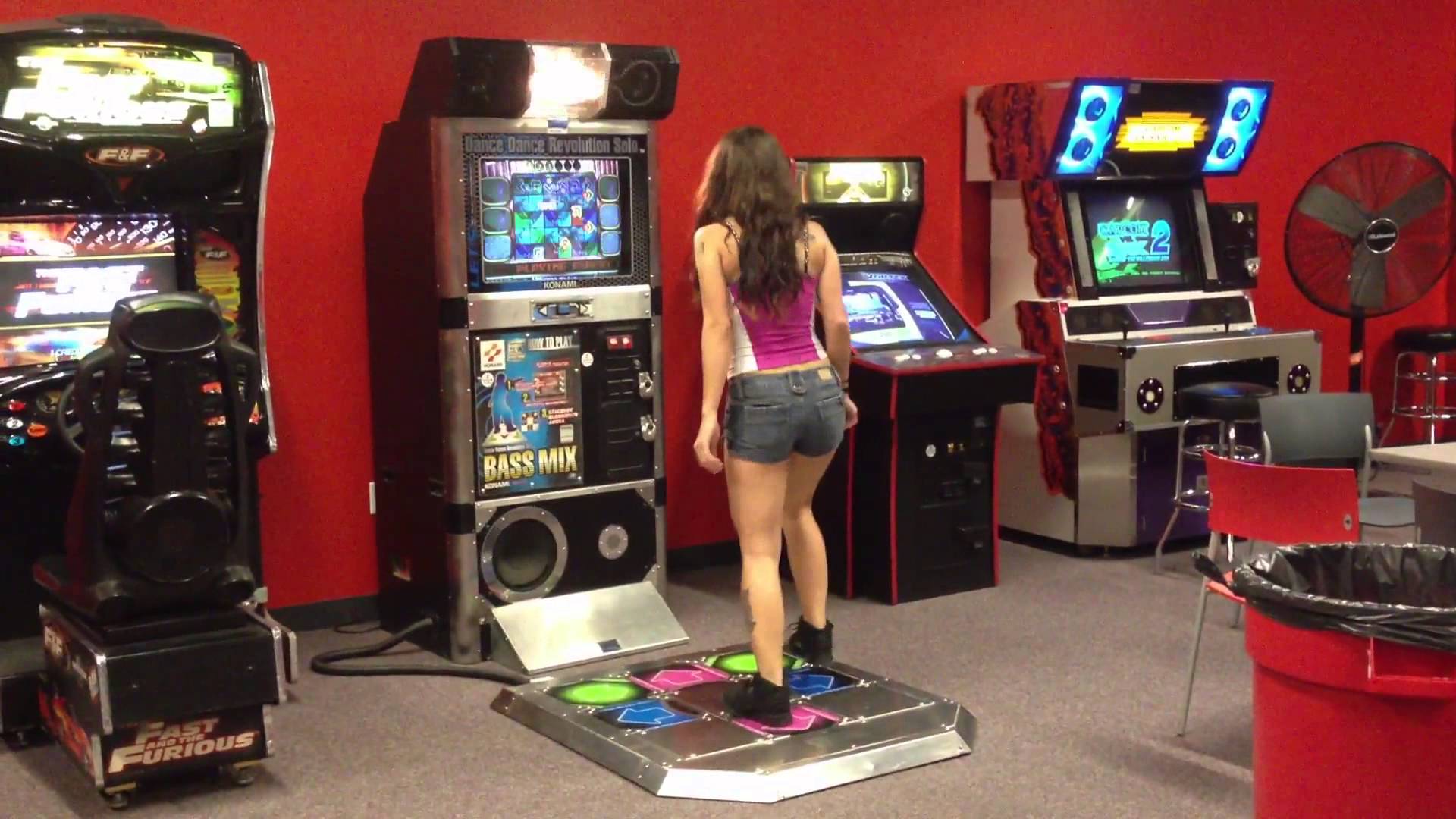 The arcade medium is widely regarded for having some of the best multiplayer games ever,  from titles like Warlords to Street Fighter II to Daytona USA to Dance Dance Revolution and so on. When played with a friend, these games can provide hours of entertainment and fond memories. Even the vast repertoire of traditional arcade amusements, such as Skee Ball, Whac-A-Mole, and Hot Shots can keep a family entertained during their outing to the local arcade. However, the arcade industry also shines brightly due to its widely popular single-player titles, which can transport the player to new and vast worlds, where only the strong triumph, while the weak get left behind (unless they have extra quarters lying around, that is).

The game we want to talk about today is not exactly a single-player experience per se. However, it’s a title which strives to take various features and mechanics that are typical of single player console games and put them in an arcade cabinet so you can play and show off your progress to every visitor – kid and adult alike – present in the local arcade. We’re talking about none other Gauntlet Legends and the wide array of sequels and spinoffs it has spawned due to the fame it has garnered among the niche audience it caters to. 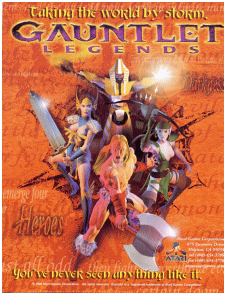 The original Gauntlet Legends was developed and released in 1998, as a 3D sequel/remake to the fantasy-themed dungeon crawlers, Gauntlet and Gauntlet II. Legends aimed to improve upon the formula proposed by the original games, which consisted of a hack n’ slash dungeon crawler, played on a top-down perspective. In the original 2 games, the player had to take control of any of 4 playable classes – Warrior, Wizard, Elf, and Valkyrie – and make their way to the exit of each level. As the player progressed through the various levels, the difficulty would increase until a point where the only way to win was by the players cooperating with each other by sharing food, and powerups.

Gauntlet Legends reinvigorated the already-popular formula by adding improved graphics, a wider selection of playable classes, 3D camera angles, and a couple of features that are commonplace in home console game – and not so much in an arcade game – such as a password system, and RPG leveling mechanics. 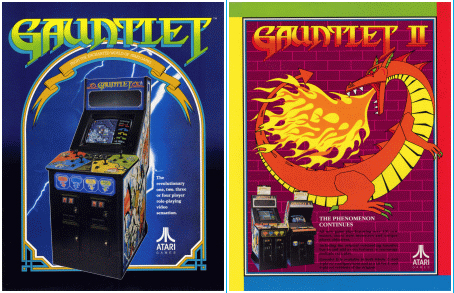 In Gauntlet Legends, the 4 original playable classes are back, along with several new ones, all of which are focused on a certain attribute. The Warrior and Minotaur classes are focused on the strength attribute, and can deal the most amount of damage with melee attacks. The Wizard, Jackal, and Sumner classes are proficient in spellcasting, and wreak massive amounts of havoc in the battlefield with their wide arsenal of spells and potions. The Archer and Tigress classes, on the other hand, are all about subtlety and finesse, and are the fastest ones available; each ranged attack of theirs hit hard, but require precision in order to be effective. Last, but not least, the Valkyrie and Falconess classes are the “tanks” of the bunch, able to withstand massive amounts of punishment and keep the monsters at bay while the others blast them from a distance while remaining unharmed.

Beside the generous amount of classes available to choose from, one of the most defining aspects of Gauntlet Legends is the character progression system, which allows the player to “save” their characters via a password system, so that they can use them in future playthroughs, without having to start all over with a weak fighter. So, while the player will have to start from the beginning every time he starts a game of Gauntlet Legends, he will be able to do so with his battle-hardened character thanks to the password system. The attributes of any given character character which can be enhanced with the accumulation of experience from slaying monsters are strength, speed, armor, and magic. The maximum level any given character can attain is 99, while each attribute is limited to a value of 999.

The variety of characters, coupled with the password system, make Gauntlet Legends the definitive console game experience, in an arcade format. We understand that it may come off as a bit odd the fact that you’re playing a game in which you level up your characters, save their progress via a password system, and then resume playing with that very same character at another time. This is what made Gauntlet Legends famous in its time, and also what ultimately led it to its demise in the arcade industry; the niche audience it catered to was simply not big enough to have business owners invest on the machines. Instead, the game received several sequels, spinoffs, and ports, the most recent being Gauntlet™ on Steam and Playstation 4. This ‘reboot’ takes the Gauntlet formula and spices it up with awesome improved graphics, as well as several new classes and gameplay mechanics that make for a compelling console gaming experience. 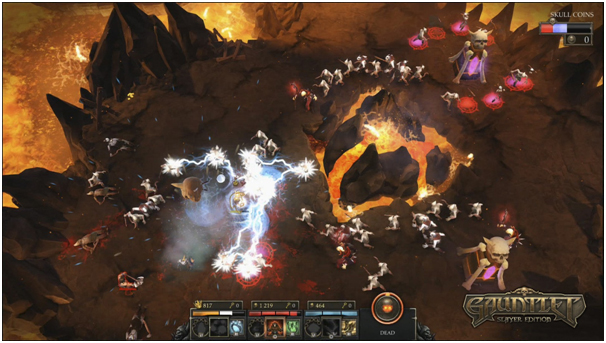 Unfortunately, only the most die-hard fanatics will be the ones available to currently enjoy this game in its original platform. However, those who want to enjoy the definitive experience will definitely want to invest on the Steam version. If, on the other hand, you’re looking to experience the most faithful recreation of the original, then you will want to play Gauntlet Legends on the Nintendo 64, Playstation, or Dreamcast. The latter has all the features from the original, as well as some from the game’s follow-up; Gauntlet: Dark Legacy.

Here at PrimeTime Amusements, we strive to provide the very best solutions in arcade game sales and rentals. If you’re looking for a machine or service in particular, feel free to give us a call at 1.800.550.0090 or visit us at 5300 Powerline Rd. Suite 210, Ft. Lauderdale, FL 33309.