Good news for those who, like us, are still stuck working from home and only being able to go out to procure basic necessities: A new Space Invaders retro arcade title is coming to the Nintendo Switch and PS4 consoles, in the form of Space Invaders Forever.

The Switch is most definitely the gift that keeps on giving. It’s not only a hub for all sorts of indie and multiplat games, but it’s also a prime platform for reliving the good ol’ days of arcade gaming via its Arcade Archives series. Titles featuring this label have included some of the best arcade games of the ‘80s and ‘90s. Furthermore, there have also been complete reimaginings of old arcade games, such as Tetris with Tetris 99, which combines the timeless brick-stacking title with an ingenious battle royale system, offering boatloads of competitive fun to all who download it.

There are countless titles similar to the ones we mentioned above for the Switch, and it doesn’t seem like this is going to change anytime soon, which is great since playing arcade games is one of our favorite ways to pass the time. The new Space Invaders Forever is yet another addition to the fantastic Switch arcade library, which will offer a 3-in-1 to all who purchase it.

The 3-in-1 Space Invader Forever

The first is an improved version of the 2018 game of the same name, featuring better music, enhanced graphics, interactive sound, and all the Space Invaders goodness that you can get across 16 different stages and multiple boss fights. 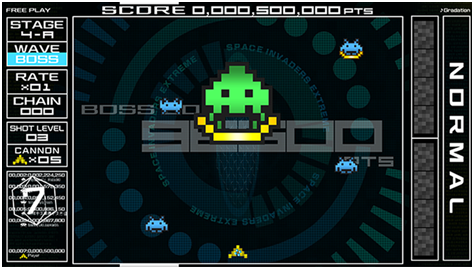 The second is a cooperative multiplayer title that allows up to 4 players to team up and shoot the incoming invaders in hectic, chaotic matches. The title also features a brand new soundtrack, as well as several different gimmicks to keep the action varied and entertaining for hours on end. 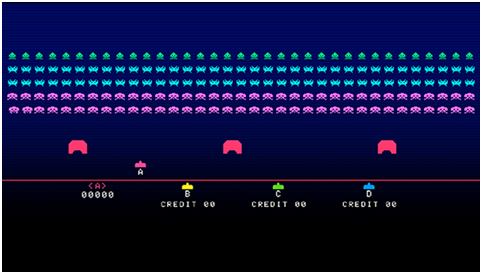 Lastly, the third title combines the brick-busting action of Arkanoid with the alien-shooting mechanics of Space Invaders to create a truly unique experience. This is by far the most varied title, featuring innovative mechanics, many different unlockable characters, a variety of unique skills and powerups, and 150 levels to complete.

Check out the official Space Invaders Forever trailer if you want to learn more about this awesome upcoming title.

The game is scheduled for release for PS4 and Nintendo Switch this December 11, and you can already pre-order a physical copy from Amazon.