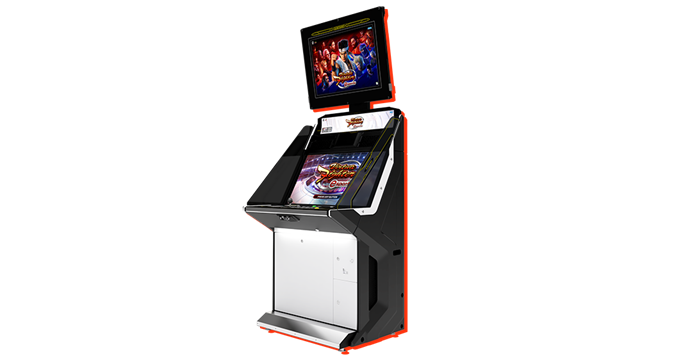 Virtua Fighter is recognized far and wide as the granddaddy of 3D fighting games. It was the first of its kind, bringing the popular genre into the 3rd dimension, while laying the foundations for such fighters in the future. The original was released in 1993 and coexisted with other heavy hitters in the genre such as Street Fighter II, Mortal Kombat, and Fatal Fury. However, while the latter games were doing their own thing and refining the 2D fighting formula, Virtua Fighter went above and beyond by being the first of its kind to take players into full 3D stages, and make them have to consider aspects like their positioning and environment rather than focus solely on their characters and their special attacks. 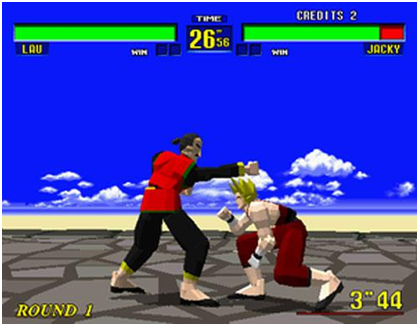 Virtua Fighter was developed by Sega, who was better known for their racing games like Daytona USA than their fighting titles. That said, Virtua Fighter was such a pioneer that the series was entered into the Smithsonian’s National Museum of American History in 1998 for its contributions in Art and Entertainment, and is the only video game currently in permanent display.

Apart from being the first 3D fighter, there were two aspects about the original Virtua Fighter that made it stand out. The first and most obvious one was the graphics – not only were the characters and arenas modeled in 3D, the action ran at a buttery smooth 60fps (almost unheard of at the time for anything 3D), and it was further enhanced by realistic lighting & shadow effects. Even the character’s clothing was interactive, with hats being knocked off by a strong blow. Sega would continue to use Virtua Fighter as a test bed for new graphics techniques, such as with filtered texture mapping in VF2; animated faces in VF3 and normal mapped characters in VF4.

The second aspect that required one to dig a little further to enjoy was the gameplay. Most fighting games at the time, such as your Street Fighter IIs and Mortal Kombats, featured unrealistic or impossible moves, and magical elements like fireballs. Virtua Fighter ignored those trends in favor of realistic martial arts moves, styles and techniques. It also managed to offer movesets by using 3 buttons, instead of the typical 5 or 6, while offering hundreds of potential moves that players could pull off across the different characters. Thanks to this system, it was easier to approach than the more complex competitors.

Despite Virtua Fighter not enjoying the same level of recognition as titles like Mortal Kombat,  Street Fighter, or even the Tekken games it inspired, the series is making a comeback as Sega has announced the June arrival of Virtua Fighter 5 Ultimate Showdown and Virtua Fighter eSports. While the names are different, they’re actually the same game, and these distinctions just mean they’re meant for different regions, with the latter being a Japan-exclusive release. The game is developed using Sega´s own Dragon Engine, which has become popularized with its use in the Yakuza series. And while the jury’s still out on the number of consoles the game will come to, we know they are currently developing the PS4 version, while the arcade version is actually releasing next week in Japan, specifically on June 2nd. 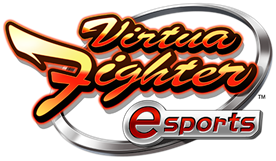 It’s worth noting that these games are remakes of the original Virtua Fighter 5, which was released in 2006 for the arcade, and was the last title that Sega worked on before putting the franchise on halt. Interestingly, while the remakes have two versions, they haven’t actually confirmed whether or not it’s coming to the West. However, considering that they will release it initially in Japan through Sega’s All.NET P-ras Multi 3 digital platform, and also using Sega’s Aime, it’ll probably be a while before the game comes to the West, if ever.

Judging from the sole picture shared so far, the cabinet itself isn’t anything groundbreaking, featuring a single-player setup with a stick and a set of buttons—this seemingly isn’t a cabinet where you’ll get to play with your friends on the same machine. However, the game does feature online cross-site play, which means that gamers will probably be able to go up against other users playing on cabinets in other locales.

As part of their announcement and launch event, Sega released a video about a retrospective on Virtua Fighter, narrated by Sarah Bryant, one of the original characters that has been present since the first game in the early ‘90s.