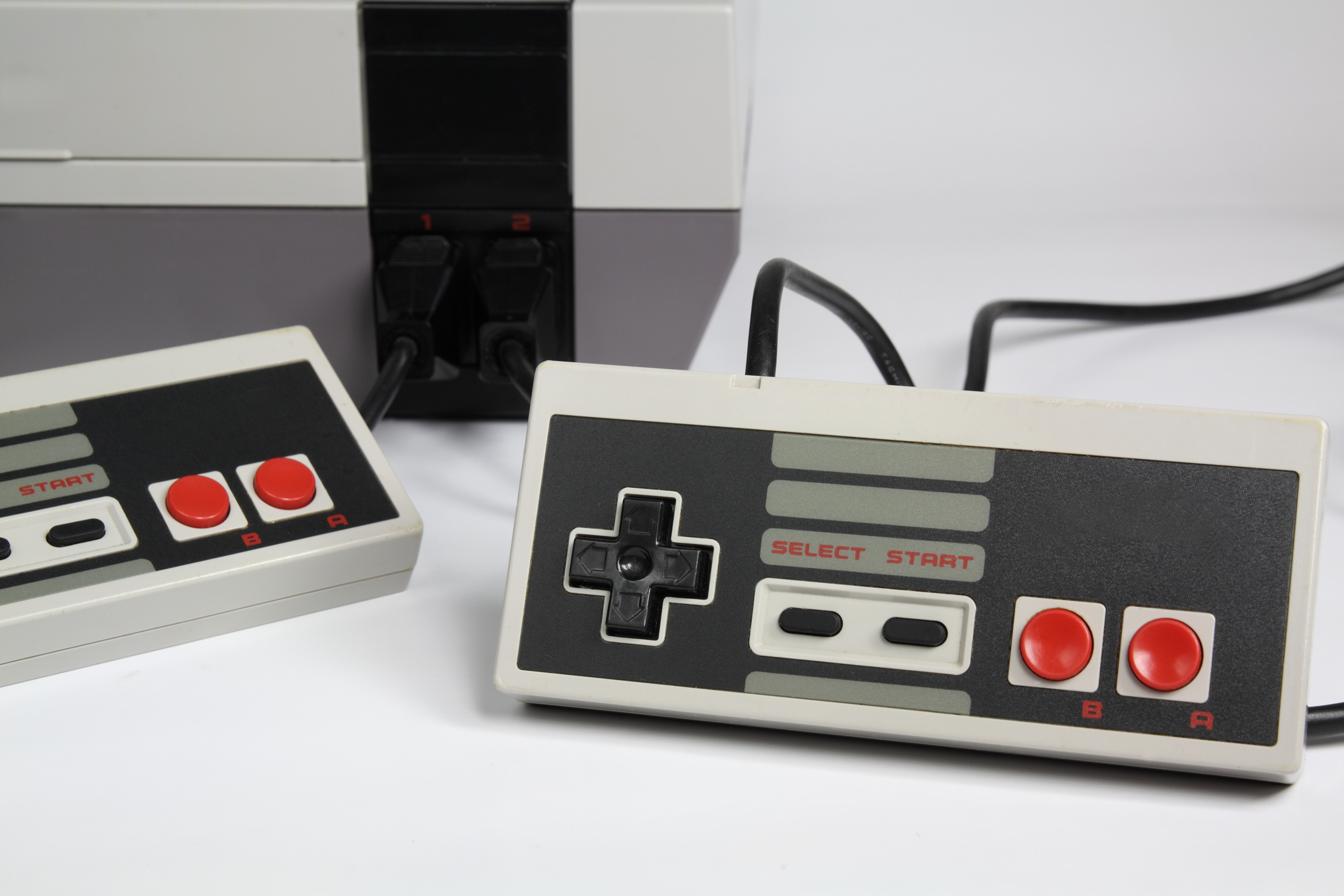 Saving Retro Gaming One Platform at a Time

Arcade establishments and arcade amusements, in general, are essentially the enduring footprints left by a medium that, 4 decades ago, was regarded as a simple hobby or pastime. It all started with the first arcade games back in the early 70’s. The home console and PC gaming we enjoy today owe their existence to the fact that, almost 50 years ago, a pair of American engineers by the names of Ted Dabney and Nolan Bushnell created and released Computer Space through Nutting Associates. While the game not a commercial success, it did lead the pair to create Atari and the rest as they say, is history. We’ve already talked about Computer Space in another article if you are looking for more detailed behind that. However, what you need to know about this game isn’t really related to the game itself, but rather to its legacy. 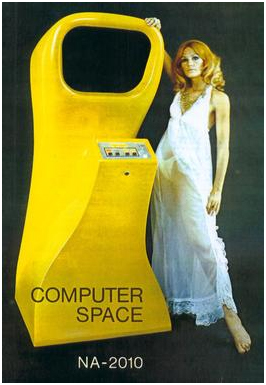 You see, Computer Space was released shortly after the space race was dying down as a consequence of the first moon landing in 1969. At the time, space travel and space-related themes were all the rage in pop culture, and the video game industry was not an exception to this. Between that and this technological marvel that allowed you to interact with the TV, it was the future available today. Mind you, this game was out before the times when arcade establishments were a thing, so the pretty much everything about the game felt novel. For many users, the controls felt complicated and convoluted, and it is because of this that the game itself didn’t receive high praise. Despite its commercial failure, Computer Space set the stage for future groundbreaking titles to come and, just one year later, one of the most famous games of all times was released: Pong.

From this day forward, as the popularity of arcade games grew — and the library of available games with it — there was a rush of arcade establishments popping up left and right. Arcade gaming was a huge industry in the early 80’s, grossing over $12 billion in revenue in 1982. Everyone wanted a piece of the pie and, in attempts to leech off of the success that the video game industry was enjoying,  a vast number of would-be developers tried their hand at creating their own games, some of which were of dubious nature and content.

You also had numerous game consoles all vying for the same entertainment dollars. Today we think of the Xbox, the Playstation or the Switch. When it comes to PCs and mobile, there are many devices but they tend to run on one of two operating systems that share many of the same entertainment options. But it wasn’t quite so monolithic in the early 80s. There were dozens of computers available, each incompatible with the next and over seven home consoles to choose from: the Atari 2600 VCS, the Atari 5200 SuperSystem, the ColecoVision, the Mattel Intellivision, the Magnavox Odyssey, the Vectrex, the Bally Astrocade – among other more obscure platforms. Top it off with hundreds of arcade games coming out each year and no one could complain about a lack of choices.

This sudden influx of games and hardware caused an oversaturation effect that would overburden the booming market. It also didn’t help that coupled with the boycott of video games by concerned parents — whose kids spent more time at the arcade than they did at home — and a tough economy in 1982 that we saw the Great Video Game Crash of ‘83. As a result, video games in the West received a massive hit to their reputation, and the industry went from being a $12 billion platform, to a $100 million medium in just over 4 short years. 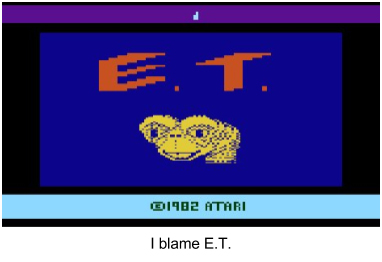 In hindsight it actually makes sense that the video game industry crashed; the massive amounts of crappy games that were being produced and that were pitched to an audience that was already losing interest meant that there was too much offer and way too little demand of the product. This unfortunate turn of events nearly killed the industry in the West; and it was only thanks to a few titles and genres that this medium received a breath of new life and went on to become the hobby we all know and love today.

Which brings us back to our first point: despite the proliferation of new games and hardware in arcade establishments, there is always a place for the good ol’ classics, and we owe it to these businesses for keeping the games of our childhood very much alive to this day. Sure, you can go to the local arcade and play a few rounds of Street Fighter IV. However, odds are you can also find a machine with Street Fighter II or Ms. Pac-Man in that very same establishment. Furthermore, these old cabinets aren’t just for show, as one look at the high scores will likely demonstrate that the games are still played to this day, and beating the local champ’s record is just as hard as it was 40 years ago.

However, as much as we owe to it arcade businesses for keeping the early years of videogames alive through their arcade cabinets and gaming paraphernalia, there have been an influx of platforms and consoles designed designed to do just that.

Both Sony and Microsoft have spaces on the digital sales marketplaces dedicated to selling ports of retro games for modern consoles like the Xbox 360, Xbox One, Playstation 3, and Playstation 4. In their catalogs, you may find timeless gems such as Galaga, Breakout, Double Dragon, Arkanoid, and Pac-Man, among others. Some of these titles have enhanced graphics so you can play them in modern 1080p resolutions, while others are untouched to retain their legacy style.

Similarly, you may also find ad-supported, mobile versions of these games on Google Play or the Apple App Store, which allow you to play on the go on your Android or iOS devices. However, the mobile game industry is a lot different than arcade or console gaming, and finding the best ports of your favorite retro games is a process worthy of it’s own article. Regardless, the more tech and gaming savvy among you will be glad to know that there are also mobile version of your favorite games.

However, if we must take our hats off for a company that is doing its best to bring us the latest innovations in gaming, while simultaneously keeping an eye on the past games which helped them become the company they are today, we’d have to give props to Nintendo. Now, I won’t go over the things which make the Japanese video game giant such a great company, because that too is worthy of its own independent article.

Awesome modern games notwithstanding, Nintendo is very much keeps alive the legacy of past games by releasing them in the form of downloadable versions which can be played on newer consoles, similar to what Microsoft and Sony do. However, unlike their competitors, Nintendo is the only company that has effectively redesigned and rereleased one of it’s highest selling consoles, the NES,  in 2016, and is planning on re-releasing its direct successor in 2017, the SNES. These new versions of the timeless consoles are named the NES Classic and the SNES Mini, respectively. They come prepacked with 2 controllers and a selection of some of the most famous and popular games from their respective libraries, which makes it possible for even old gamers such as ourselves to get another glimpse of the games that made this industry so frickin’ awesome in the first place.

The video game industry is definitely evolving, even to this day. This medium offers us new ways to keep ourselves entertained and unwind from the daily grind. However, sometimes what we want is to just sit down and enjoy the games of our past and, thanks to these bold developers, we can still do so from the comfort of our homes, and on our high-resolution screens.

2017 is definitely shaping up to be one heck of a time for gamers, both old and new alike.

Here at PrimeTime Amusements, we are passionate about all-things video games. Our team of knowledgeable agents are prepared to lend assistance in any matters related to the marvelous world of arcade games and amusements. Are you looking for a machine in particular, or simply need to set an inquiry with our staff? Feel free to give us a call at 1.800.550.0090, or to visit us at 5300 Powerline Rd. Suite 210, Ft. Lauderdale, Florida, 33309