Another interesting retro arcade game is making its way to the console platforms for many new players to purchase and have a blast with, this time in the form of Avenging Spirit, or as it’s known in Japan, Phantasm. This game was originally developed by Jaleco and released back in 1991, and consisted of a side scrolling beat em’ up title that, while not really doing anything new for the genre at this point, except for one core mechanic, had a very interesting premise and setting.

In Avenging Spirit, the world is in peril since a nefarious crime syndicate is researching and experimenting with Ghost Energy, presumably to try and take over the world. At the beginning, our unassuming hero, while taking a walk with his girlfriend, is attacked and slain by syndicate goons, leaving his sweetheart defenseless, after which she is promptly taken by the thugs. However, not ready to leave this world, our hero’s spirit is summoned by his girlfriend’s father, who is an authority in Ghost Energy research, and reveals that the girl was taken hostage to force him to cooperate with the syndicate. With this revelation, it’s our duty to progress through a variety of levels to infiltrate the syndicate, put a stop to their plans, and rescue our beloved.

Avenging Spirit plays like your typical 2D platformer side scroller beat em’ up. That is, you go through a variety of levels jumping and making your way to the goal, while also fighting the hordes of enemies that stand in your way. And at the end of every level, a boss enemy blocks your passage towards the next stage. This is all pretty standard for the genre, even back in the ‘90s. However, what sets this game apart from the rest is its ghost possession mechanic, where players can emerge in their ghostly form and take control of several enemies in the game, allowing them to essentially switch characters mid-level, which opens up the game with a ton of variety of strategies. Furthermore, it’s also one of the few titles of the times with different endings depending on actions taken during the levels. 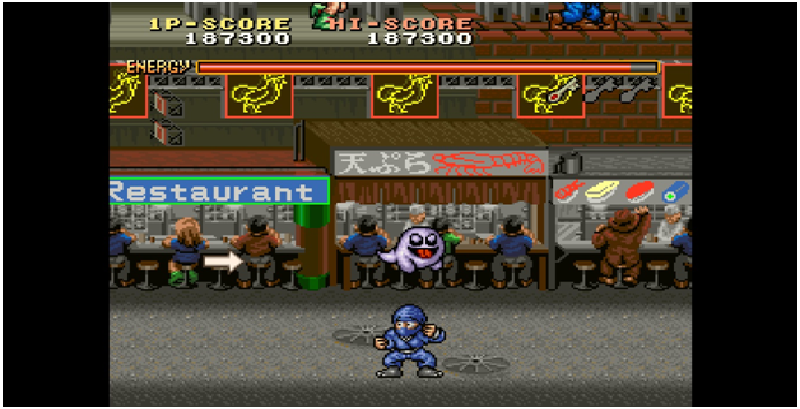 There’s a good reason why Avenging Spirit was so successful, even when it was ported to the Gameboy in 1992, and it seems this success is poised to extend to new platforms this month, as the game is now launching on modern consoles. In other words, on July 29th, Avenging Spirit will be available on Nintendo Switch, PlayStation 4 and 5, Xbox One, and Xbox Series X/S, and gamers will be able to purchase it on any of these platforms for just $5.99.