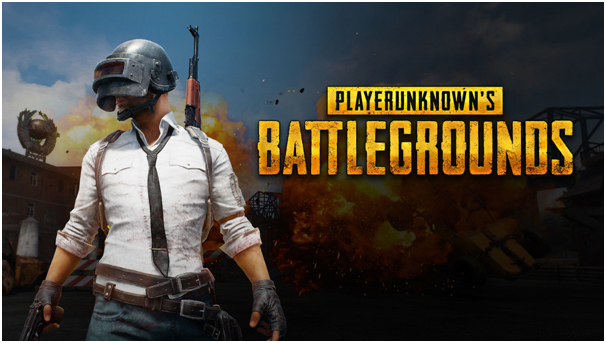 Here at PrimeTime Amusements, we seldom touch topics outside the comfort zone that we call arcade gaming. However, in special occasions, a hugely popular title sometimes pops up on a foreign gaming platform; one that steals away all the attention for a few weeks and enraptures gamers with its gameplay. This time, we’re talking about a hit title which, despite being out for little over 7 months,  has already grossed little under $400 million through Steam.

We’re talking about none other than PLAYERUNKNOWN’S BATTLEGROUNDS (or PUBG, as everyone calls it), the online multiplayer Battle Royale-themed game, inspired by the Japanese film of the same name. If you’re not familiar with Battle Royale, don’t sweat it; most people aren’t. However, you might be familiar with another similar film (which is also inspired by Battle Royale), The Hunger Games. Story nuances aside, the basic premise is that a group of people are thrown into a deserted space of land, and are left to battle each other until only one person or team remains standing. Despite featuring such a simple premise, this game has shown once again that, when PC gaming decides to go all in, it goes all in hard.

Regardless of its huge success, the game is by no means original. The Battle Royale, last man standing type of gameplay was already featured in several mods for the standalone games Arma 3 and H1Z1, which were also created by the same person responsible for PUBG. Said mods garnered a huge following initially in a niche audience. However, their player base steadily rose in popularity until the point where a standalone game was an economically feasible solution. The game’s creator, Brendan Green, is the mastermind behind the aforementioned mods, as well as their current hugely-successful standalone iteration, and decided to name his game after his online handle, PlayerUnknown.

The main draw of this game revolves around its huge replay value. Like any other online multiplayer game where each player is pitted against tens of other combatants, no two matches are alike. Each round starts with the players being airdropped into the playing field from a plane which travels through a completely random trajectory each time. Throughout the aircraft’s flight path, the players can opt to disembark early and aim for several hotspots, which leads to the next part of each match. As the players land on the field, they are free to explore the scenery, enter abandoned houses, and scour through the island’s many nooks and crannies in order to arm themselves. By exploring the island, players can find everything from small arms, assault rifles, shotguns, and attachments for most weapon types. The players may also find an assortment of body armor, healing items, and several types of grenades. As you may have gleaned from the description above, the idea of the game to survive until the very end and be the best team on the island. 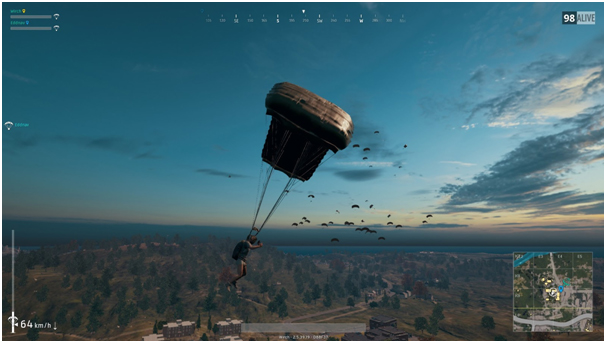 In order to win, the players must each maintain a good balance between gunning, hiding, and moving from safe spot to safe spot. On top of the players trying to shoot each other, there is an added layer of challenge (vulgarly called RNG in the darkest recesses of the internet) in the form of “the zone”, which is a circle that keeps shrinking as the match progresses. Through this circle, each player must constantly relocate, or face heavy damage if they remain outside its confines for too long. For this reason, players can’t dawdle for too long either looting excessively or picking inappropriate fights with other combatants. In this sense, the game rewards players for both knowing when to fight, and when to escape. Moreover, it also provides a layer of strategy, as players can opt to play subterfuge and hinder others’ movements by performing feats such as pinching the tires in their vehicles while they are inside a house, greedily looting, or picking them off from afar with a high-powered scope, causing them to hunker down in a building and waste valuable time which could otherwise have been used relocating to a better position, and also possibly killing them by leaving them outside the circle for too long.

Gameplay and premise aside, the PUBG’s most important and biggest achievement, so far, is the number of followers it has managed to attract in its short life. Since its launch in March, the game has already surpassed hugely popular games such as Counter Strike: Global Offensive, and even Dota 2, which was the most-played game before PUBG’s arrival. In what turns out to be an unprecedented turn of events in the history of Steam, PUBG surpassed Dota 2 in the number of concurrent players, with just over 1.9 million simultaneous playing as of October 9th. As a point of reference, the aforementioned Dota 2 was the game with most simultaneous players until PUBG came along, with an all-time peak of just under 1.3 million players. This is an enormous achievement, as it not only proves that there are developers out there capable of creating games that can still be engaging to a very wide audience, but also that there are players wholly committed to gaming as a whole, which is an outright rebuttal to the claims of internet trolls around the world which state that “gaming as a medium is dying” due to the release of recent overhyped, yet ultimately unsatisfactory games.

Unfortunately, the game is still in its early alpha stages, which means that there is plenty of work to be done, and tons of polish to be added to its mechanics. As matters stand currently, the game is very playable; but if you want it to look ‘cutting edge’, you’ll need a powerful (and expensive) PC. Such costs will put it out of the reach of some users. Moreover, some of its mechanics still need improvements in order to make the game easier to play, so that the matches feel like a battle to the death against other players, instead of a fight of attrition against the game’s core mechanics. Luckily, developer Blue Hole is working hard to bring updates and improvements to the game and has already released several patches to improve the quality of life of its players. There are still many patches to come and, through them, the promise of a much better and refined game is sure to follow.

The next update is set to add performance improvements, as well as the much-needed vaulting to the game, so that the players don’t struggle as much getting over simple obstacles like fences of ledges, which can be a hindrance, especially for new players who still haven’t learned the ‘trick’ to PUBG’s shoddy jumping mechanics.

Regardless, we’re still holding tight to see what the future hold for this game. Until then, see you in the Battlegrounds!

Here at PrimeTime amusements, we’re always at the forefront when it comes to arcade game sales and rentals. If you’re looking for a machine in particular for your game room, or simply need guidance to get started, feel free to contact us at 1.800.550.0090, or pay us a visit at 5300 Powerline Rd, Suite 210, Ft. Lauderdale, Florida, 33309.