2020 was a year of reinvention for game manufacturers and developers; A time where they had to innovate to stay afloat, or sink in the face of ongoing lockdowns. Luckily, there are developers like Ziggurat Interactive who are always looking for ways to bring more arcade gaming goodness to the masses, exciting gamers around the globe with their offerings. 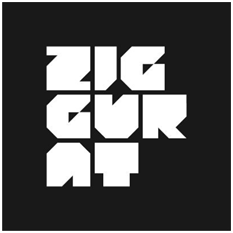 In their own words, Ziggurat is looking “to bridge the past and future to transport people into moments of infinite possibility through meaningful play”. This translates to, among other things, taking old retro games from our past and adapting them to modern visual and gameplay standards, and then releasing them for modern platforms. Speaking of which, their most recent exploits revolved around Data East, a developer from the olden times of arcade gaming, considered to be among the most influential groups of the time.

This month, however, Ziggurat is expanding their Data East catalog by releasing five more retro titles from the popular developer, on PC and through various storefronts. The games in question are Joe & Mac Returns, Night Slashers, BreakThru, Wizard Fire, and Fighter’s History, all of which are currently available on Steam, GOG, and the Humble Store. The exception to this is the latter title, which will be published on the same platforms, but later in July. If you’re looking to have some retro fun on your PC, these titles are already available for purchase for really cheap, at less than $3 per game.

For those who are unfamiliar with these five new entries, here’s a brief rundown of each, courtesy of the folks at Ziggurat:

This thrilling 2D side scrolling land-based shmup from Data East™ is an intense arcade action romp through hostile territory. Break through enemy lines with your high-speed vehicle capable of blowing away enemy forces and leaping across vast chasms. The opposing forces are on high alert and they’re going to be coming at you with tanks, helicopters, missiles, and whatever else they can throw at you. Get yourself strapped in — it’s going to be a bumpy ride!

Joe & Mac return in this frantic and zany single-screen arcade action platformer and spiritual sequel to the arcade classic Tumblepop from Data East™. Each new stage keeps you on your toes with new platform configurations, challenging enemy placements, and hazards to avoid. Stun foes with a shockwave from your club, bag them, and toss them back out to deal damage and turn them into delicious food. Grab your club and get ready to dish out serious prehistoric pain!

Take on hordes of frightful foes in this horror-themed beat ‘em up arcade brawler from Data East™. You control one of three fighters whose sole objective is to deliver the beatdown to throngs of classic horror monsters. The full moon is rising — time to show these abominations what a nightmare really looks like!

In this fantasy themed beat ‘em up from Data East™, one or two players can choose among 5 characters: the Knight, the Wizard, the Bard, the Dwarf and the Elf. Each character brings a unique set of skills, weapons and talents to the battlefield as you cut down hordes of skeletons, ghouls, kobolds and more.

These games will surely give you hours of fun as you revisit them on your PC. Bonus points if you can hook up your rig to a large TV and wireless gamepad setup, and have loads of fun from the comfort of your living room couch!