Why drive when you can fly? Vapor TRX by Atari Games is a high-flying racing game where players blast their way through the canyons and cities of future Earth.

Instead of trying to simulate real-world races, Vapor TRX takes advantage of the virtual world to offer futuristic flying action. Each of the six available vehicles are more like a spaceship than a car, with rocket engines replacing tires. As you race along one of the four tracks, use weapon power-ups to blow your opponents out of the sky while also keeping your eyes peeled for harrowing obstacles. Use the Turbo Pads to get a brief turbo boost and claw ahead of the pack. Vapor TRX offers one awesome racing experience that you won’t soon forget!

– Pick up gun power-ups or missiles to give you an advantage during the race; stay alert for obstacles!

– Link up to four units for multiplayer mayhem

– Atari Games’s Vapor TRX is no longer produced, having been released in 1998. Please call us about availability. All used models pass through PrimeTime Amusement’s “Certified Pre-Owned” program, which guarantees that the game will be completely refurbished and ready to operate upon arrival. 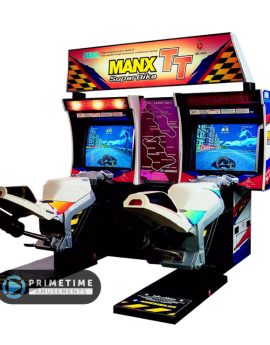 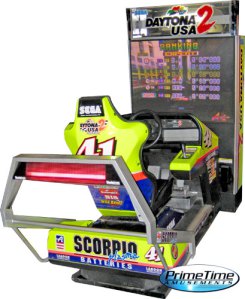 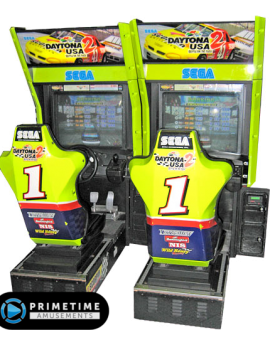 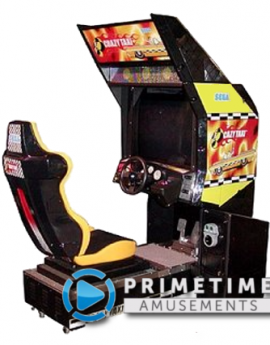 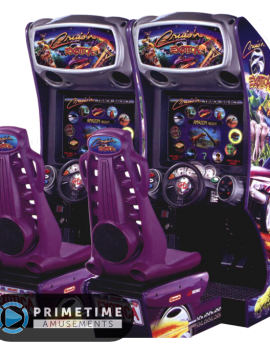