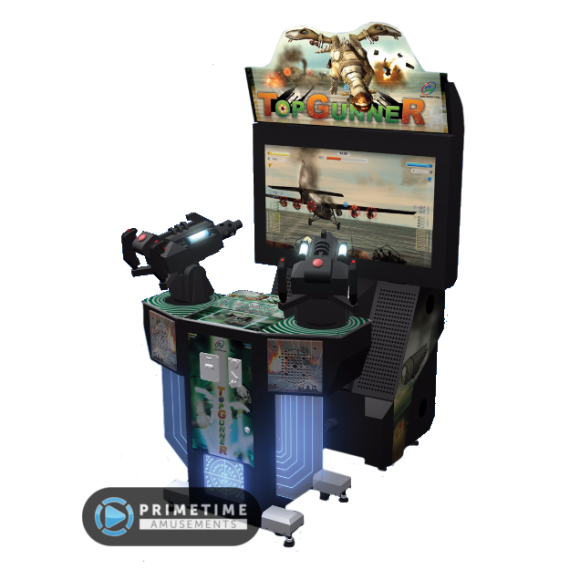 Find yourself back in 1944, fighting in an alternate timeline during the most harrowing war the world has ever seen in InJoy Motion’s Top Gunner.

As part of a special Air Force unit investigating reports of a secret Nazi weapon, you take flight to hostile skies to investigate these reports. Along the way you will encounter Nazi aircraft, warships, carriers, and even the “Godzilla” secret weapon. Top Gunner features a motion-shaking platform and *real* dual feedback recoiling machine guns with different ammunition types and unique force feedback to each. 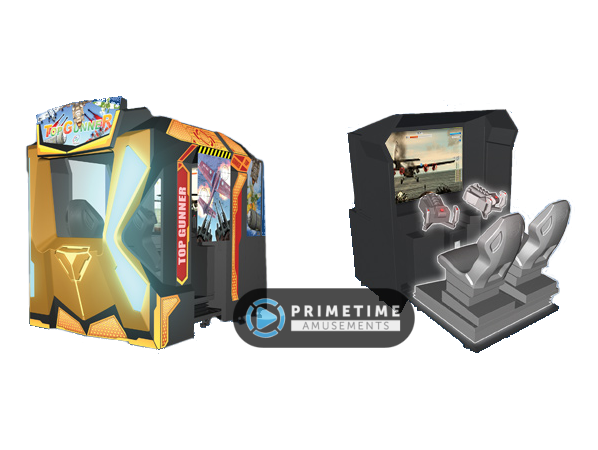 – Attractive cabinet design regardless the model

– Ships with an electronic coin mechanism that is easy to setup; card swipe ready

Check out Top Gunner in action: