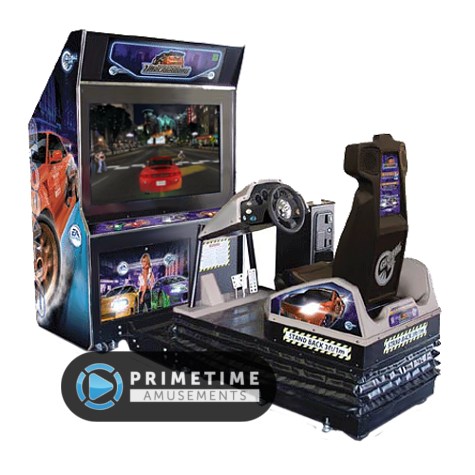 –  Features a motion base designed by Tsunami Motion technologies and also sports a widescreen LCD monitor.