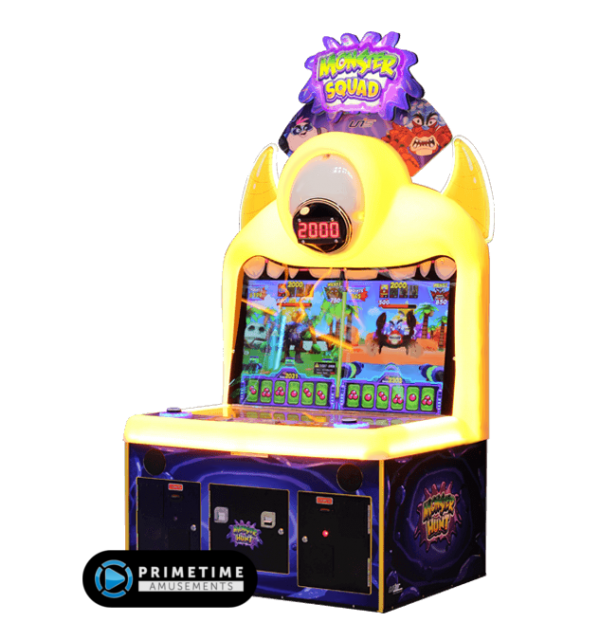 Can you defeat the evil monsters with your timing skills?

Monster Squad by UNIS is a unique arcade videmption game that challenges 1-2 players to time the ball launches just right to defeat the on-screen enemies. Unlike most videmption games, this one uses full physical elements typically found in a standard electromechanical redemption game (with a real softball launching mechanism) and combines it with the video game.

The video screen shows the monsters to be defeated, whether it is an army of cretins or their boss. The more accurate the ball shot (i.e., without hitting something like a wall), the better your chance to unleash a special attack and deal out more damage to the monster! The game also features fun mini-games that challenge the player’s skills even more while offering great replay value.

– Six ball targets per player side