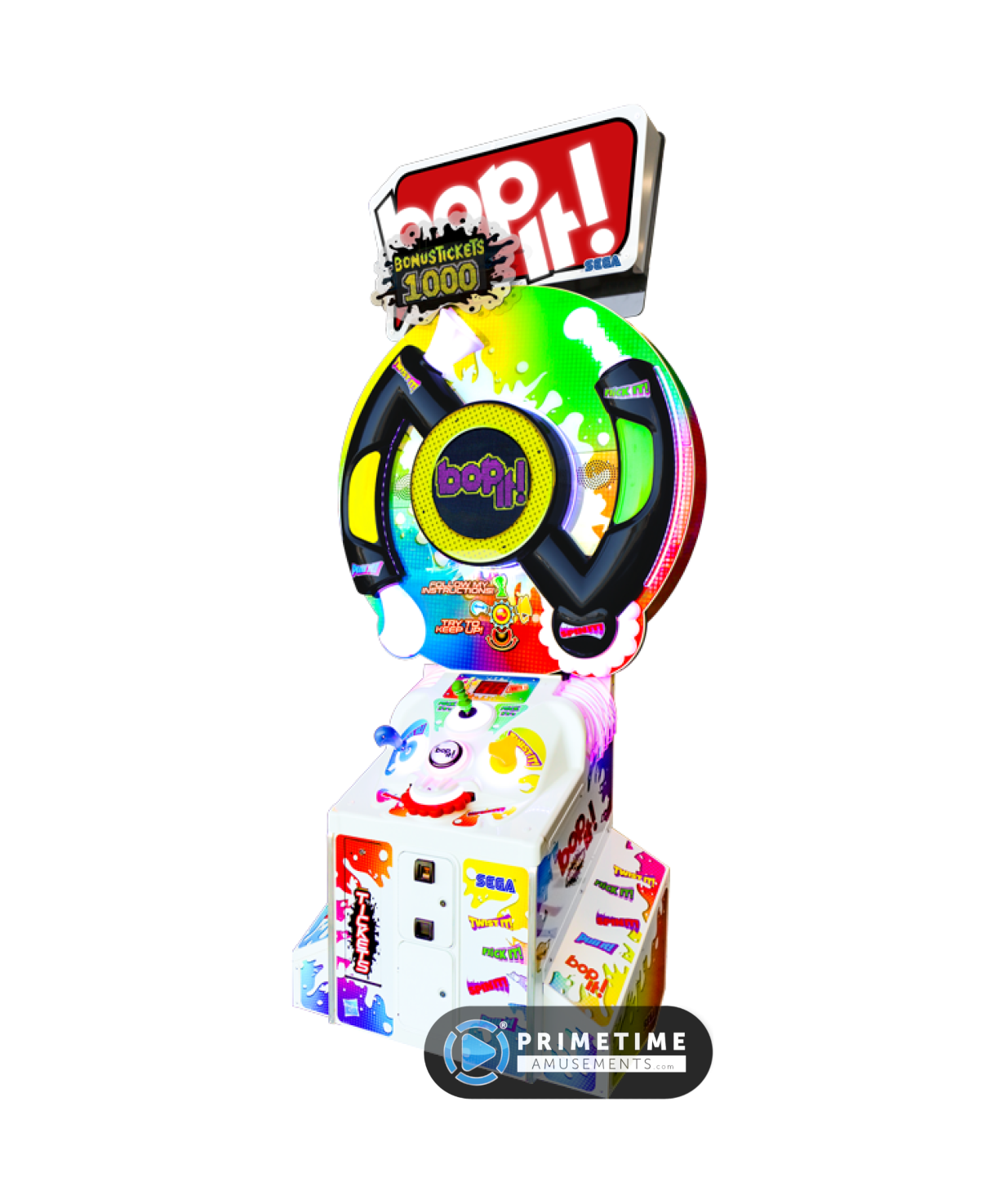 Your kids have played the toy at home, now they can step up to a whole new experience with Bop It! by Sega Amusements.

The original Bop It! was released in the 1990s and many variations have come along since which have entertained millions of kids around the world. For any unfamiliar with the toy, players are challenged to quickly and correctly follow the commands of the game, such as “bop it” (hit the ‘bop’ button), “pull it” (pull a small lever), “twist it” (twist the lever), “spin it” (spin a wheel) and more, depending on the model. Now thanks to Sega, the game is coming to arcades where skilled players can win tickets for their efforts.

The arcade machine features five controls to interact with: a lever to pull, a lever to flick, a lever to twist, a spinner, and a button to bop. By following the audio/visual cues without breaking the pattern, players can succeed in winning more and more tickets, ultimately with winning the Bonus. That’s easy said than done though as successfully reaching that point is no small feat!

Check out Bop It! from it’s debut at IAAPA 2022. Video above is available in 4K UHD, as are all of our other videos in recent years; Be sure to subscribe to our YouTube channel so you never miss a new product!

– Five controls to interact with, four of which are unique