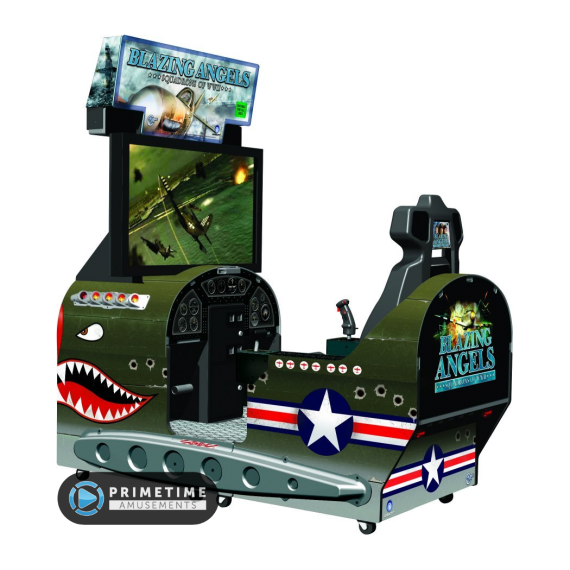 Experience historical WWII aerial battles in a way that only arcades can offer thanks to the simulator style cabinet. Fly & fight in WWII period fighter planes over eighteen WWII campaigns over sites in Europe, Africa and the Pacific, taking the fight to the Axis powers.

Blazing Angels – Squadrons of WWII is based on the console game of the same name but tailored for the needs of the arcade market. This means you get solid graphics, open range battlefields and top quality sound. The game features two distinct modes – Campaign and Dogfight mode with nine levels each and varied difficulty classes shown for each mission. Campaign levels feature a goal and a story that plays out as you fight while dogfight pits you against three waves of enemy fighter groups as you see if you can survive. With a flight joystick and throttle controls, this truly embodies a flight simulator unlike other contemporary arcade titles on the market. 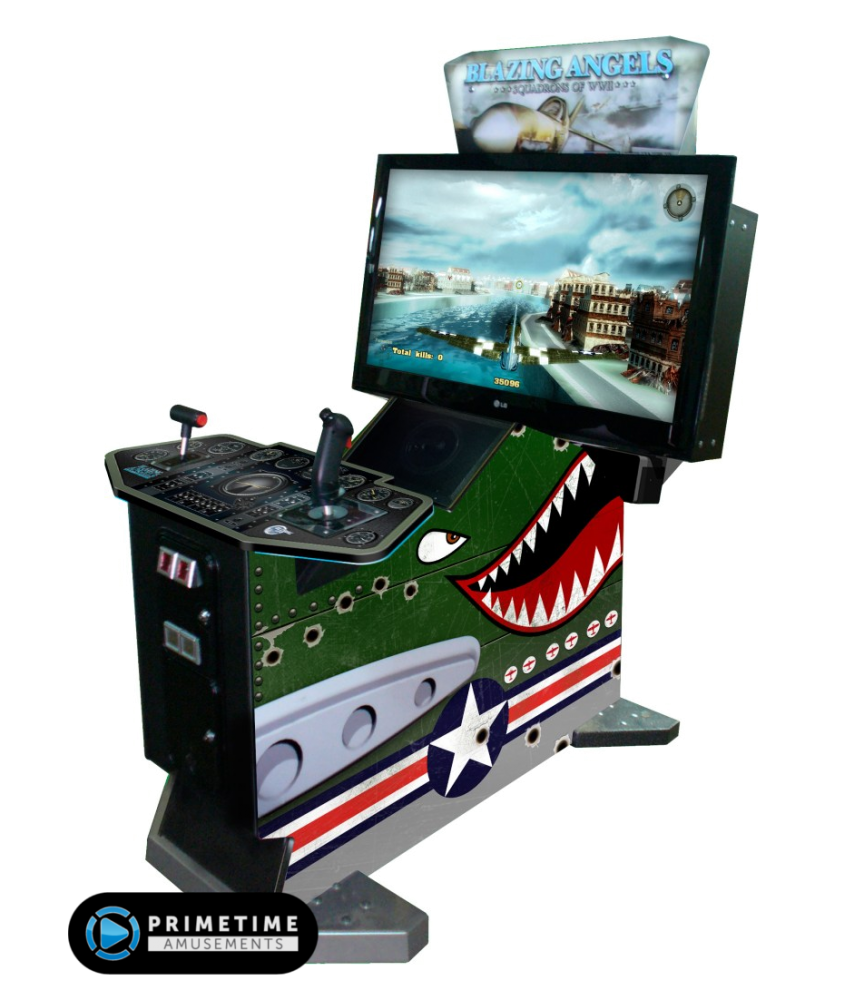 – Separate leaderboards for each mode

– Flight stick control on the right with a thumbstick for squad commands; throttle w/ button for speed & enemy tracking

– DELUXE VERSION: Awesome 5.1ch surround sound plus a seat solenoid that fires when your craft is hit

– Also produced in a Standard Upright version (pictured to the right)

Here is the upright version of the game: