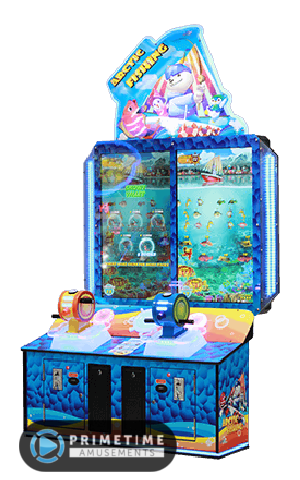 This basic concept behind the game is the same – fish for tickets using the arcade-quality fishing reel controllers. UNIS has improved the simple game formula by adding three selectable levels along with three selectable game characters to play. They have also added a multi-hook buy-in system, which allows the player to hook more than one fish in a single cast!

– Another exclusive experience that you will only find in arcades

– Sequel to the popular Pirate’s Hook

– Multi-hook buy-in system drives higher earnings – insert more coins and get bonus hooks to capture more fish at once. Buy up to 5 hooks!

– Ships with a standard coin slot & ticket dispenser for each player