Back in October last year, we wrote an article about the hugely popular PC game, PLAYERUNKNOWN’S Battlegrounds (PUBG), and about how it had breached the important milestone that was simultaneous concurrent players in a massively multiplayer online game. On that occasion, we wrote that the game had surpassed the generous number of just over 1.9 million concurrent players as of October 9th, which completely shattered the player count of the most popular game at the time, DOTA 2, which had an all-time high of around 1.3 million concurrent players.

Since the time when we wrote that article, PUBG has been officially launched, which means that it’s no longer on early access, and instead is sold as a full-fledged game. The much-needed vaulting mechanics, as well as improved gun, vehicle, and movement controls have also been implemented, making the game the best it’s ever been: at least in terms of mechanics. Miramar, a new map that is inspired by arid, desert towns and locations have also been added and, in comparison with the other existing map, Erangel, the difference was as clear as night and day. Not only is the map hugely different from the lush, forest and plains environments offered by the previous maps, but the optimization is much better, performance-wise, making matches that take place in Miramar run much better than those in Erangel. The developer, Blue Hole, has since been releasing performance patches to improve matches in Erangel and put them on par with Miramar, to the joy of many players.

As a game itself, PUBG is getting updated fairly regularly, which shows the love and care that the developers have for the groundbreaking game. However, this love is quickly betrayed by its player base, as cheaters are becoming increasingly common in many matches of the game. From speed hacking, and walling, to instant heals, aimbotting and invincibility, the hackers are out in full force when it comes to PUBG. I, myself, have run into cheaters on several occasions, which always lead to an early loss, and sends my team careening back to the lobby screen. The whole affair is very frustrating, to say the least.

This isn’t to say that the developers haven’t taken this issue seriously, as on several occasions they have implemented increasingly stricter anti-cheat measures in the form of BattleEye protection, among other tools, which have helped to ban millions (you read that right) of cheaters, so far. In January, alone, over 1 million players were banned for cheating. Nevertheless, despite the rate at which cheaters are getting punished, rumors have started to circulate that these unscrupulous individuals are in great part responsible for the game bleeding concurrent players. Honest players just aren’t willing to tolerate dealing with people who would do anything and everything just to earn a (dishonest) win; at least not when there are alternatives in the market.

Which brings us to Fortnite. 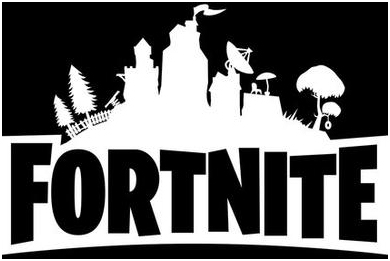 Fortnite, which was developed by Epic Games (the creators of hugely popular game series such as Unreal, Unreal Tournament, and Gears of War), is an early access title for PC, Xbox One, and PlayStation 4, which consists of a third-person shooter with two very distinct game modes. The first mode is called ‘save the world’ and consists of a co-op PvE experience where players gather resources and build fortifications to defend themselves from oncoming waves of enemies. At the game’s core, the players must alternate between scavenging for resources, and going on sub-missions to receive even more resources so that they may be adequately prepared for the challenge ahead. The game is much more complex than what we aim to explain via this article, but the mode we really want to explore is this next one.

The other game mode is the aptly-named ‘battle royale’ and, just like PUBG, it consists of a fight to the death against other players (or less if you’re playing duos or squad), in which the winner is the one left standing. The game features blood-pumping, fast-paced action, which is arguably faster than PUBG, yet noticeably more arcade-like and less realistic than its counterpart. On top of the standard shooter elements, the game also features base building in which the players can use either brick, wood, or metal to construct makeshift forts in which they might take cover from other players in their battle to survive. All in all, despite featuring the same battle mode as PUBG, Fortnite has enough originality and mechanics to stand out as a game in its own category. And the best part is that, besides displaying much better performance than PUBG (even on older computers), the battle royale game mode is completely free, which means that players around the world need to simply download the launcher and the game, and start playing.

In short, Fortnite offers a unique gameplay experience that, for many players, puts it on par with the titan that is PUBG. The free price tag is also a great incentive for casual players to simply pick it up and play. Lastly, the absence of cheaters is causing the game to gain territory where PUBG is slowly losing fans due to sheer frustration.

As much as I love PUBG due to its intense action, I have to admit that it has frustrated me more times than I can count. I don’t think I’ll stop playing it, to be honest. However, until the cheating problem gets fixed, I’ll likely play Fortnite a bit more. I just hope that this issue gets resolved fast so that I can get back to Miramar and Erangel.