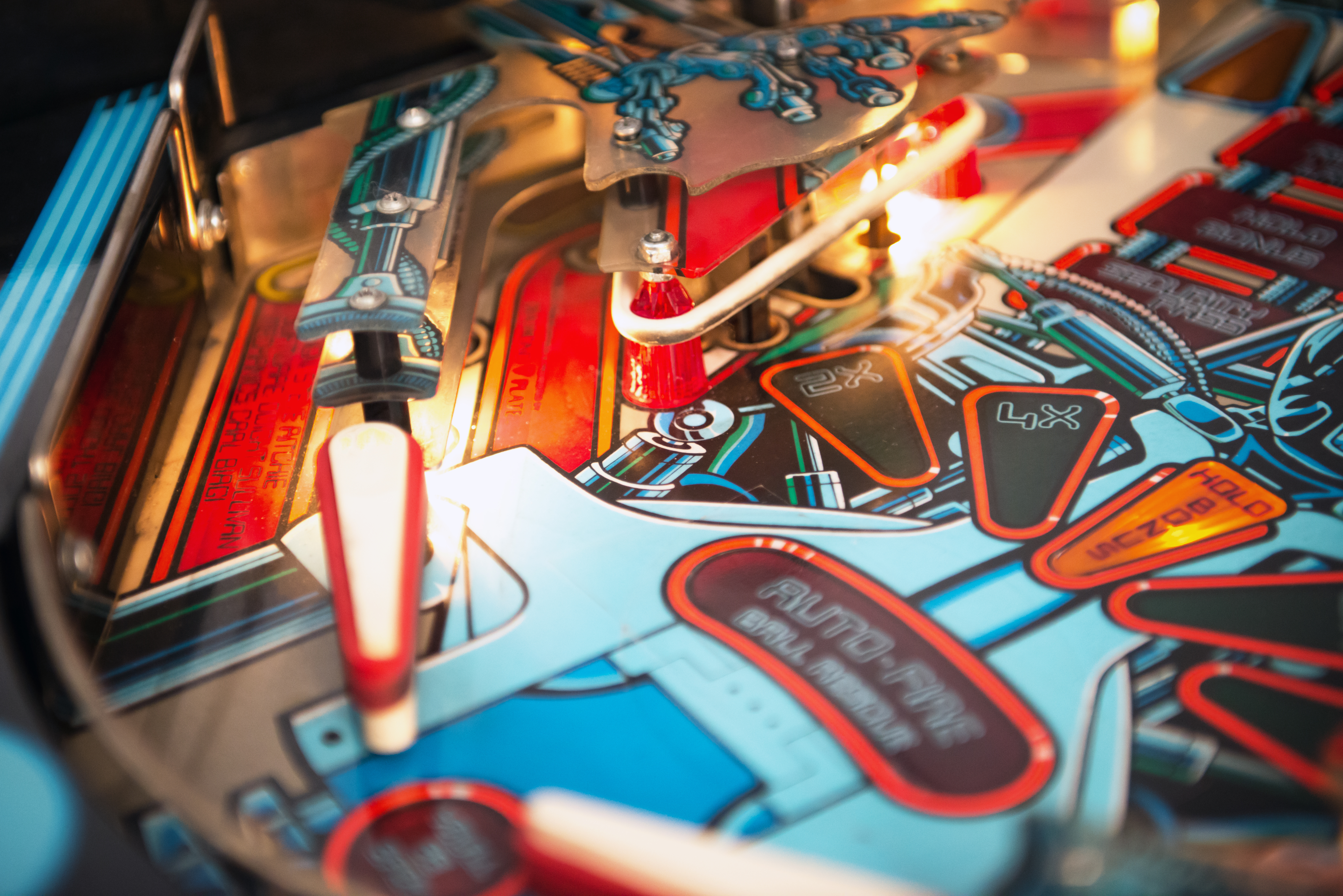 Pinball Tactics: Take Your Game to the Next Level

So you’re at the local arcade when, suddenly, you catch a glimpse of the local Pinball champ absolutely tearing up the field with his moves. After a lengthy 2-hour session, he finally manages to drop the ball for the last time, ending his game.

Now, you’ve never played Pinball before, much less on a real machine, but you imagine it can’t be that hard. After all, how difficult can it be to operate two flippers and keep the ball in play, right? With that thought, you stick a few credits in the slot, and start your game, determined to de-throne this so-called champ. Champ? More like “chump”, am I right?

After the shortest five minutes of your life, your last ball is used up, and you are presented with the high-score screen where the champ’s top record tauntingly flashes on the screen, threatening to never be beaten.

As it turns out, playing Pinball is much more than just operating two flippers. There are tons of strategies and moves that every player can incorporate into their repertoire to keep the ball in play and rack up those points.

Here at PrimeTime Amusements, we feel passion for the game and, for this reason, we have created this article to give a brief recap of both basic and advanced Pinball tactics. So that you can take your game to the next level, and show everyone in the arcade who’s the boss.

We’re assuming you’ve never played a single round of Pinball in your life, so let’s get down to basics:

A Pinball match usually consists of 3 lives –in the form of balls –that get used up each time one of the treacherous spheres manages to fall through the very bottom of the panel, either by slipping through the flippers, or by landing on the side-lanes called “gutters”. Now, gutters seem like a surefire way to lose a life in Pinball, but there is a specific strategy you can use to avoid falling in these lanes, which we’ll get to in a moment. 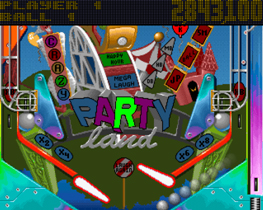 Every machine can feature slight variations, but the general accepted principle is that each flipper is operated via buttons on the side-panels. Some machines may feature additional flippers which can be controlled via other buttons.

Each ball is launched into play by pulling a plunger on the front panel and letting it go. The spring launcher in the system will boost the ball upwards and into the playing field. Some machines can feature other types of launching systems, such as a gun, but the function is usually the same; what differs is the manner in which the launcher is used. 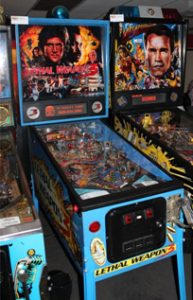 Now that you know how to operate a Pinball machine, let’s get into the real fun stuff.

As we mentioned above, Pinball is more than just pounding on the flipper buttons and praying to Cthulhu that the ball doesn’t end up falling in between the flippers themselves, or landing in the gutters. In order to become a Pinball pro, we first need to take a look at the most basic moves that any given player will need to master:

The most common, most basic move of all is flipping. That’s right, flipping is definitely a move you will want to master. It may seem simple at first; pushing a button activates the respective flipper. But there’s more to this than meets the eye. For instance, in the heat of the game, a beginner may accidently mash both flippers at the same time; this is a common mistake, because activating both flippers actually expands the gap between them, making it easier for the ball to slip through.

The most important thing you need to know about flipping is that every flip needs to have a purpose. If you are just mashing buttons for the sake of it, then anticipating where the ball will end up becomes a nightmare and, more often than not, it will go straight down the gutters. Each shot should be aimed at an objective; whether it’s a bumper, a door, or a button depends on the Pinball machine in question.

Learning to aim is paramount to a successful Pinball match. As a general rule of thumb; the more you let the ball roll down a flipper before hitting it, the more to the opposite side it will go. For example, if the ball is rolling down the left flipper, and you hit it just as it is nearing the tip, then the ball will be launched to the right of the field. Conversely, if you hit the ball just as it is starting to roll down the flipper, then it will go to the left of the field.

Aiming the ball will be mechanical and complicated at first. But as you practice, it will become second-nature and, before you know it, you’ll be nailing objectives left and right.

The other move you will need to master in Pinball is learning to “catch” the ball. In short, catching is when you steady the ball upon a flipper. The way to do this is by simply keeping the flipper up and letting the ball rest on it. This gives the player plenty of breathing room and time to plan out his or her next shot.

“Catching” the ball on the right flipper

This move is vital when aiming for specific objectives, as it removes the element of chaos from the ball’s movements, and allows the player to perform precise shots.

Remember when I mentioned above that a trip down the gutter lanes is an almost-certain way to lose a life? Well, with tilting you can avoid this outcome entirely. By applying the right amount of physical force on the Pinball machine, you can nudge the ball out of falling through the gutter as a last-resort measure.

Be warned though, excessive tilting can result in the game taking away bonus points, or even forfeiting the match entirely. Pinball machines have built-in shock sensors that can detect when a player is tilt-abusing to his favor, and will end your game if you get caught.

Effective tilting is an art, as it requires precision in the amount of pressure applied on the machine in order to get out of an unavoidable gutter scenario, without triggering the shock sensors. When you consider that a standard Pinball machine can weigh about 3,000 pounds, effective tilting suddenly becomes more complicated than it sounds

The three aforementioned moves are the basics that any player would need to get accustomed to, should they want to score big on the Pinball machines. There are also advanced moves, which we’ll briefly delve into on the next section.

When we talk about advanced moves, we are referring to the techniques that can be used in any Pinball machine regardless of its objectives. Some are obviously trickier to pull off than others but, when properly performed, they can prolong a round from mere minutes, to hours, consequently boosting the player’s score.

There are many advanced moves out there, such as, post pass, flick pass, live catch, back hand, loop pass, drop catch, bounce pass, among others. I could dedicate this whole section to explaining in great depth how each of these moves are pulled off. But frankly, I think it’s much better if you could see them performed by Pinball pro Neil Shatz in this YouTube Video.

Advanced moves set the pros apart from the beginners. If you are able to master these tricks, then odds are that you are already a great player, and you are only a “good game” away from setting your very own high-score.

When it comes to creating your own Pinball strategy, the most important thing to consider is the specific Pinball machine you will be playing on. After you have mastered the arts of aiming, catching, tilting, and a few advanced moves, what’s left is to get familiarized with the objectives of each Pinball game.

As I mentioned earlier some machines will feature doors, bumpers, or flashing lights that you will need to hit with the ball in order to advance in the game’s “story”. After all the objectives are fulfilled, some games will reward the players in different ways, such as extra lives, multi-balls, and so on.

For example, in the Attack From Mars Pinball machine, the objective is to hit three specific targets that will lower the flying saucer’s shields. Afterwards, the player must hit three other targets inside the saucer’s chamber to “damage” the aircraft. After enough damage has been done, a hole opens up near the target, and successfully sinking the ball in it will destroy the saucer, earning the player a heaping amount of points. The objective is to do this several times until eventually, the player will be able to hijack a saucer, and launch on a counterattack on Mars which, if successful, will earn the player even more points.

Attack From Mars is a jumbled mess of colors, spaceships and aliens. And we wouldn’t have it any other way.

Similar to Attack From Mars, other Pinball machines have their own story and rules. In order to properly plan a strategy, it is imperative that you get familiar with your local arcade’s Pinball machines and their objectives. Otherwise you’ll just be playing blind; which isn’t bad per se, but it will definitely affect the amount of points you will be getting from the get-go.

That’s all the Pinball Tactics we have for you. If you have any other strategies or interesting stories you’d like to share, feel free to do so in the comment section!

Here at PrimeTime Amusements we’re always ahead of the curve, and offer our clients the very best solutions in arcade gaming rentals and sales. If you want to get in touch with us, feel free to do so by calling us at 1.800.550.0090, or by sending us an email at info@primetimeamusements.com.