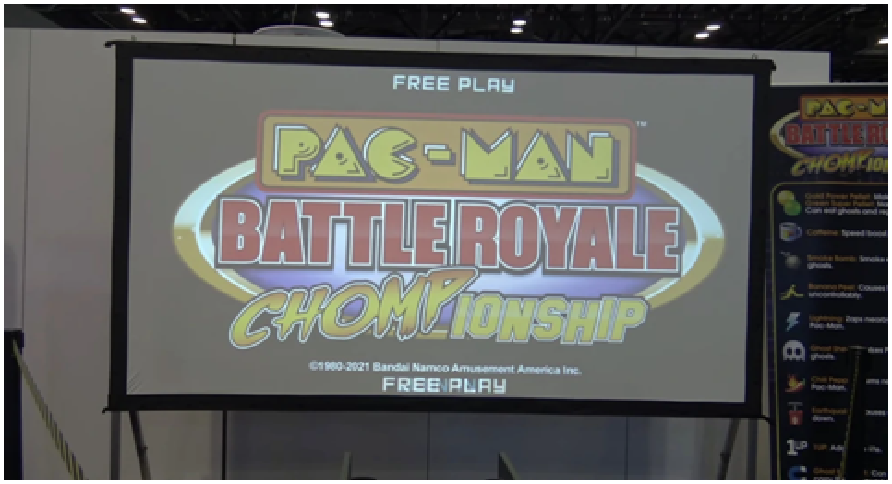 With all the battle royale craze going strong in the past few years, you’d think that a Pac-Man battle royale game would be in the works, and you’d be right! After all, Pac-Man 99 released on the Nintendo Switch earlier this year, placing up to 99 players in a lobby where they must play Pac-Man, pick up powerups, and score points to “attack” other players by adding obstacles in their own boards. However, before that game was released, even before PUBG and DayZ were even a thing, there was an original Pac-Man game in the genre, the one simply called Pac-Man Battle Royale.

Originally released in 2011, Pac-Man Battle Royale offered a brand new competitive way to enjoy the timeless arcade game. On this occasion, however, instead of only competing for setting high scores, the game was literally like a battlefield where up to four players could fight, even to the point of eating each other. And once the timer runs out, the player with the highest score is declared the ultimate winner. The success of the original Pac-Man BR was such that it was eventually ported to the PlayStation 3, Xbox 360, and Windows, as part of the Pac-Man Museum collection.

However, in this year’s IAAPA, Bandai Namco showcased a brand new revamped edition of their classic battle royale game, this time in the form of Pac-Man Battle Royale Chompionship. This new installment is meant to take the formula of the previous game, and crank it up to 11 by not only adding new power ups and features, but also the possibility of accommodating up to eight players across two cabinets per match.

The new Chompionship game will come in two main versions: The first is a physical version consisting of a cocktail cabinet for up to four players, just like the original 2011 release. While the shape of the cabinet is the same, they’ve given it a black top, a bezel around the monitor showing Pac-men and Ghosts, a new marquee and animated LED highlights. One of these new cabinets can be placed alongside another Chompionship cabinet, or one of the original PMBR cabinets, to increase the number of players to the max of eight. This latter feature is an optional upgrade that converts the old cabinet in an inexpensive way to boost the number of players. Included with the purchase is a metal cover that can be used to bridge the hole between both machines and to make it look like a single unit.

However, the two-cabinet setup isn’t even a necessary requirement since the second version consists of a projected screen model. In this instance, all eight players could play on a single projected screen, and control their character via their smartphones, by scanning a QR code on a pedestal that we assume will be included with the purchase—maybe not necessarily in pedestal form, but perhaps also with the option of acquiring it in a downloadable version that the operator can print out and place wherever they wish. 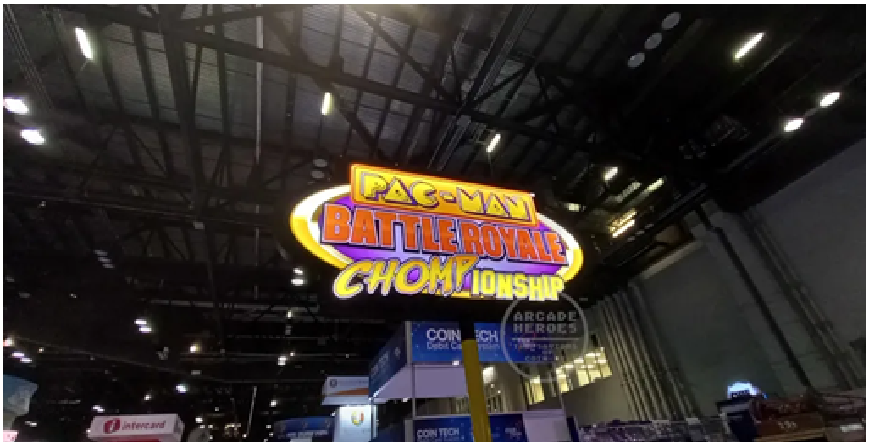 Regarding this last aspect, Chompionship will also let players engage in intense Pac-Man battle royale matches simply by playing on their smartphones, forgoing the need for a physical cabinet or a projected screen. This setup is available via the projected version simply by having them scan the aforementioned QR code, as they will be able to play directly on their phones. This is ideal for unconventional venues that want to host Pac-Man matches, but that don’t have the means or space to set up a projected game, or much less to accommodate two cocktail cabinets.

Though information about the new Pac-Man Battle Royale Chompionship edition is still sparse, the game is shaping up to be an awesome expanded take on the classic 2011 game. We’ll just have to wait and see until more information is made available. Nevertheless, if you’re interested in learning more, here’s an excellent showcase video captured by the brilliant folks at Arcade Heroes: