In another well-timed attempt to appeal to the millions that are currently staying at home, New Wave released two new mini arcade cabinets in their ever-expanding repertoire of collectible arcade pieces, this time based on the popular WW2 shoot-’em-up games, “1942” and “1943: The Battle of Midway”. These new products take the popular retro games and fit them into cabinets at a 1/6 scale, which are designed to look exactly like replicas of the real thing, making them ideal items for collectors that don’t quite have the space for a dedicated arcade game room in their homes. 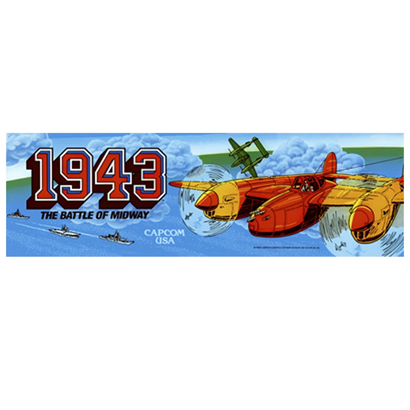 For those who are unaware, 1942 and 1943: The Battle of Midway were widely praised games at the time, releasing in 1984 and 1987, respectively, with the former being known popularly as one of the defining games of the vertical shoot-’em-up genre. Understandably for the times, these games are quite simple, featuring fairly straightforward vertical flying and shooting action, facing off against a variety of enemy planes across different stages and eventually coming up against giant boss enemies. Similarly, in both games, you can improve your firepower by picking up a variety of powerups, including those that grant you a few wingmen to shield and assist you, as well as items that change the way your guns behave. 1943 is more complex in this regard, but it still maintains similar ideas.

The mini arcade cabinets feature much of the same, including the same controls as their original counterparts, except at the usual, much smaller scale. Moreover, they also feature extra goodies such as additional wireless controllers, which can be stored in a slot on the back of the cabinet, to facilitate gameplay when using the machines on an HDTV. Speaking of which, these cabinets also feature HD connectivity via HDMI, allowing you to hook them up to any modern display to enjoy some awesome couch gaming moments.

Both the 1942 and 1943: Battle of Midway mini arcade cabinets are currently available for pre-order on New Wave Toys’ website for $119.99 each, though the company hasn’t announced when they will be releasing or shipping. It’s worth mentioning that, in the case of the 1943 X Replicade cabinet, you’ll be able to play both games in one product, which will make it the ideal option if you’re just looking to enjoy these two classic shooters. Regardless, if you’ve ever wanted to get your hands on one of these mini arcades, but have found they’re always sold out, then now’s the perfect moment to sign up! 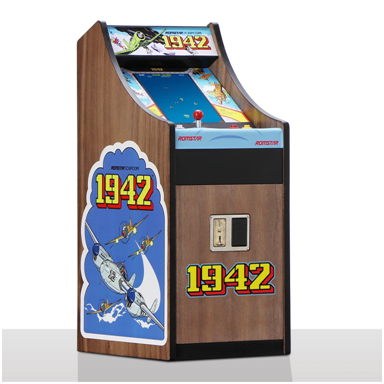 Here are some excerpts from the official product descriptions in New Wave Toys’ website: 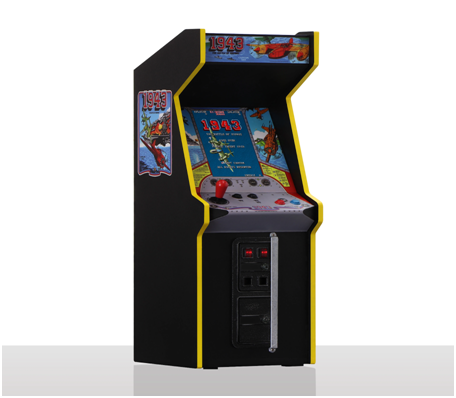